Seoul: The South Korean parliament has approved a bill to revise the way the country tallies a person’s age, ending a system that counted newborns as a year old and meaning that most of its citizens are about to get younger.

The bill passed by the National Assembly on Thursday will scrap the country’s widely used “Korean age” counting standard, which deemed a new baby to be a year old when born and added a year every January 1. This is the age most commonly cited in everyday life. 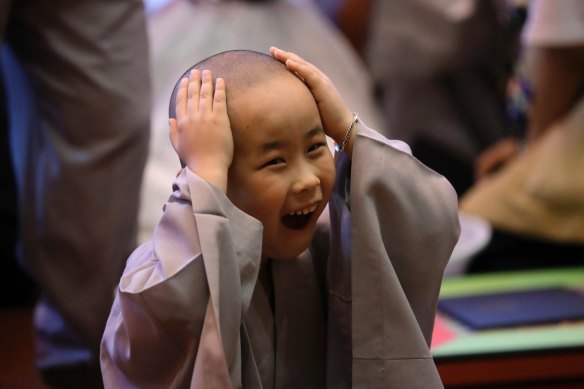 A boy, whose Buddhist name is Da Sun, touches his newly shaved head during a service to have an experience of the lives of Buddhist monks, at the Jogye Temple in Seoul, South Korea. Children will now have the day they were born registered as their official birthday.Credit:AP

President Yoon Suk-yeol sought the change when he ran for office this year. His government has said removing the Korean-age system would prevent confusion in processing administrative and medical service.

“With the passage of the amendment today, all citizens of our country will become younger by one or two years starting next June,” Yoon’s office said after the bill’s passage.

The move would also prevent legal disputes surrounding the age system on signed contracts and make it easier for citizens who often have one age at home and another age as recognised by global standards. 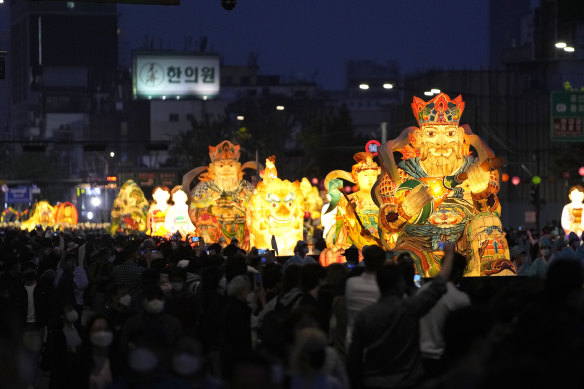 Buddha’s birthday is celebrated by South Koreans on May 8 every year.Credit:AP

A separate system also exists for conscription purposes or calculating the legal age to drink alcohol and smoke, in which a person’s age is calculated from zero at birth and a year is added on January 1.

Since the early 1960s, however, South Korea has for medical and legal documents also used the international norm of calculating from zero at birth and adding a year on every birthday.

The confusing array of systems will disappear – at least on official documents – when the new laws that stipulate using only the international method take effect in June 2023.

“The revision is aimed at reducing unnecessary socio-economic costs because legal and social disputes as well as confusion persist due to the different ways of calculating age,” Yoo Sang-bum of the ruling People Power Party told parliament.

Historians have trouble pinpointing a government decree for the current system seen as a remnant of the ancient culture of Korea, China and Japan. That system grouped all babies to the year they were born, and they then all turned a year older when the calendar clicked over. This meant a child delivered on December 31 was considered a year old, and turned two the next day.

North Korea got rid of the antiquated system in the 1980s in favour of the global standard.

The public has been on board for dropping the old system. About 80 per cent of respondents to a government-affiliated survey conducted in September wanted to end the Korean-age counting.

“It would be difficult to find the origin of such practice,” said Lee Gi-jung, a spokeswoman for the Ministry of Government Legislation.

Jeong Da-eun, a 29-year-old office worker, is happy about the change, saying she has always had to think twice when asked overseas about her age.

“I remember foreigners looking at me with puzzlement because it took me so long to come back with an answer on how old I was.”

“Who wouldn’t welcome getting a year or two younger?” she added.