This was Spain’s fourth general election in four years, after a previous vote in April left no majority and the winning Socialists unable to form a coalition. Sunday’s results proved equally uncertain. 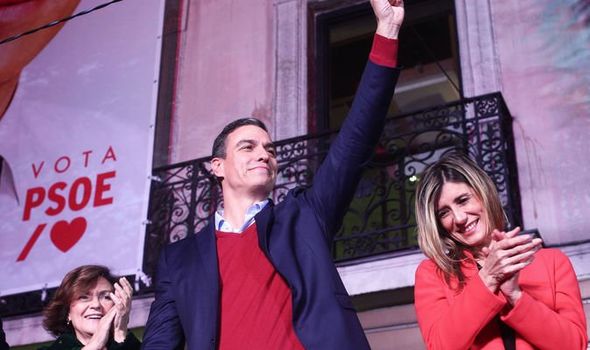 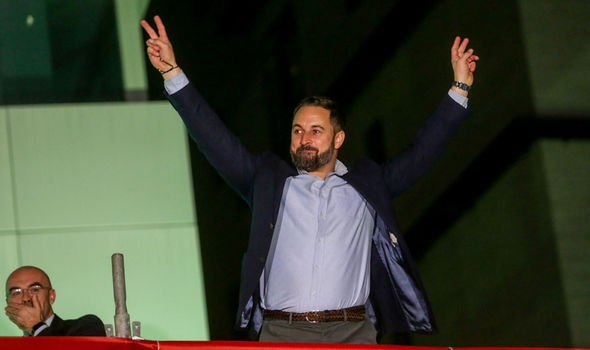 What does this mean?

The governing Socialists won the most seats, but still three shorter than in April’s vote.

Despite previously failed attempts to form a coalition, leader Pedro Sanchez said his priority now was to “form a stable government and do politics for the benefit of the majority of Spaniards.”

He said: “I would like to make a call to all the political parties because they need to act with generosity and responsibility in order to unblock the political situation in Spain.” 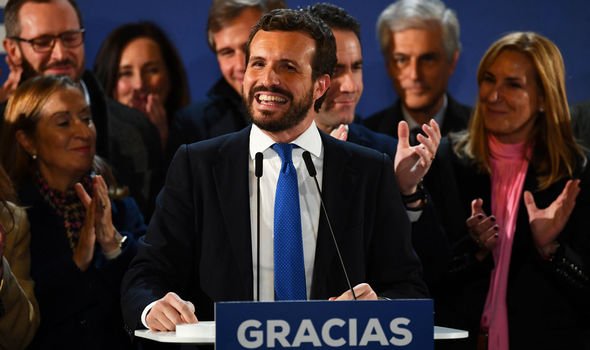 After failing to form a government, Mr Sanchez had hoped that calling another election would strengthen his party’s hand.

However, Pablo Iglesias, leader of left-wing Podemos, warned that it had only reinforced the far right.

Indeed, one of the most significant factors of the election is the huge surge for far-right party Vox, now the third biggest party.

Vox is thought to have benefited at the ballot box from the Catalan crisis, and strong anti-separatist sentiment in other regions of Spain.

Vox leader Santiago Abascal told crowds after the election: “Today a patriotic alternative and a social alternative has been consolidated in Spain that demands national unity the restoration of constitutional order in Catalonia.”

The results mark a significant moment for the wave of right-wing populism which has spread across Europe in the last decade.

Spain had previously seemed immune to far-right messages, with many remembering the military dictatorship of General Francisco Franco. 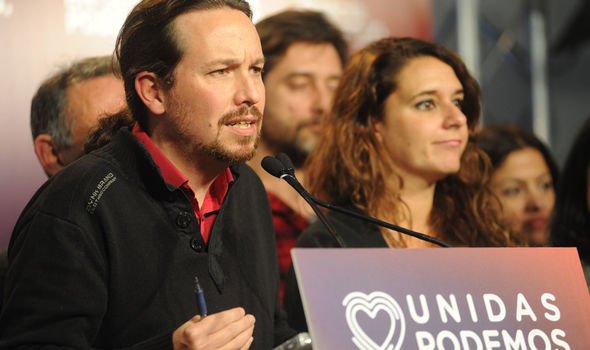 But now Vox has established itself as a major force in Spanish politics.

He tweeted: “Not at all racism and fascism, in Italy as in Spain we just want to live peacefully in our own home.”