A sperm whale and her calf have died after becoming tangled in a fishing net in the Tyrrhenian Sea off Italy’s western coast.

The 20ft-long (six metre) mammal is believed to have died trying to free its baby after it became trapped.

Environmental group Marevivo said the Italian coast guard discovered the animals around eight miles off the coast of Palmarola Island in the Lazio region. 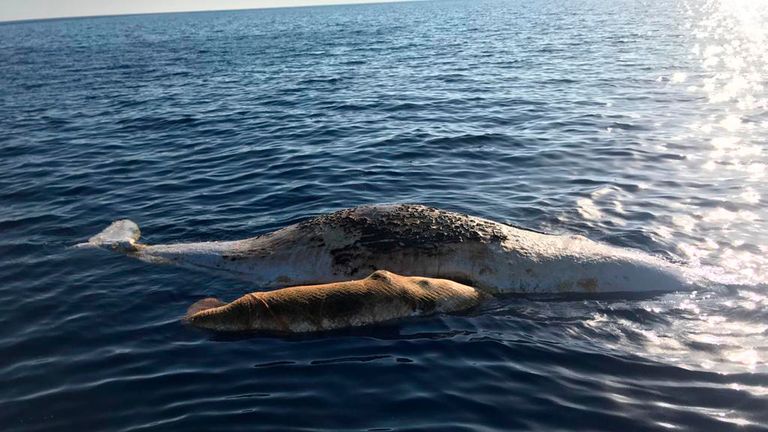 It said part of the fishing net was found in the mother’s mouth while the baby while was completely covered by it.

“The death of these two giants of the sea is a loss for our natural heritage, but knowing that what happened is our fault makes it even more tragic,” said Marevivo president Rosalba Giugni.

“Changing our behaviour is not enough. We need to change our beliefs in order to understand and to actually feel that when we harm the environment, we do it to ourselves.”

The deaths come after a 26ft-long (eight metre) pregnant sperm whale was found dead on a Sardinian beach in March with 22kg (48lbs) of plastic in its belly.

Plastic is widely regarded as one of the greatest threats to marine life.

:: Sky’s Ocean Rescue campaign encourages people to reduce their single-use plastics. You can find out more about the campaign and how to get involved at www.skyoceanrescue.com