A POLICE officer was killed in a standoff over the weekend – and he’s since been remembered as a “great man” by his heartbroken family.

St Louis Officer Tamarris L Bohannon, 29, was shot in the head on Saturday while responding to a call about a barricaded gunman. 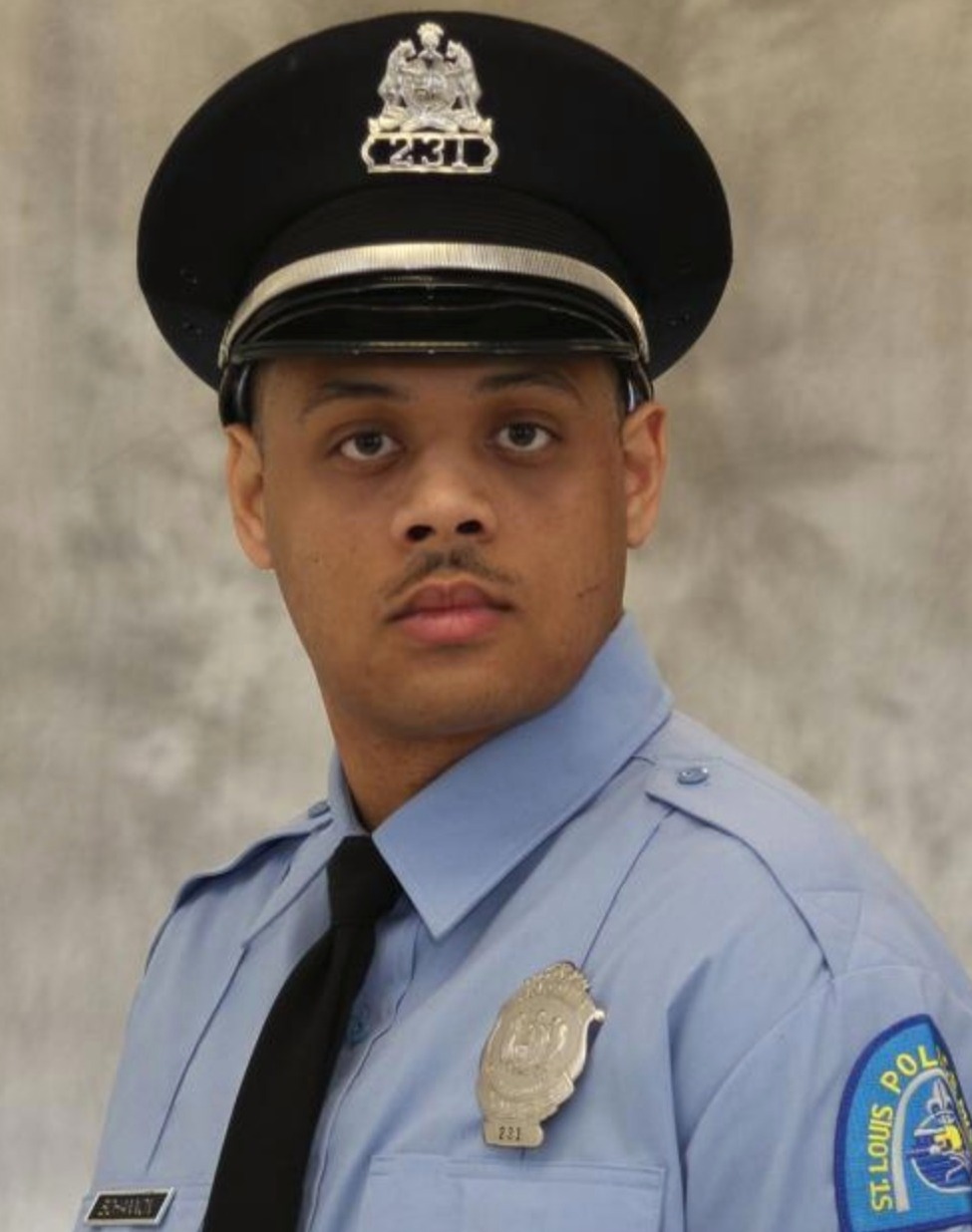 On Sunday, he died from his injuries after spending more than three years with the St Louis Metropolitan Police Department in Missouri.

“We will be deeply missed,” the department tweeted following his death.

In a letter shared by officers, Bohannon was described as a “hero” by his loved ones, who referred to Bohannon as “Bo.”

“He is a hero to many but most importantly to his loving wife and three incredible children.

“The loss of this great man is felt deeply within the St Louis community and we ask for your prayers and support in the days ahead,” his family wrote. 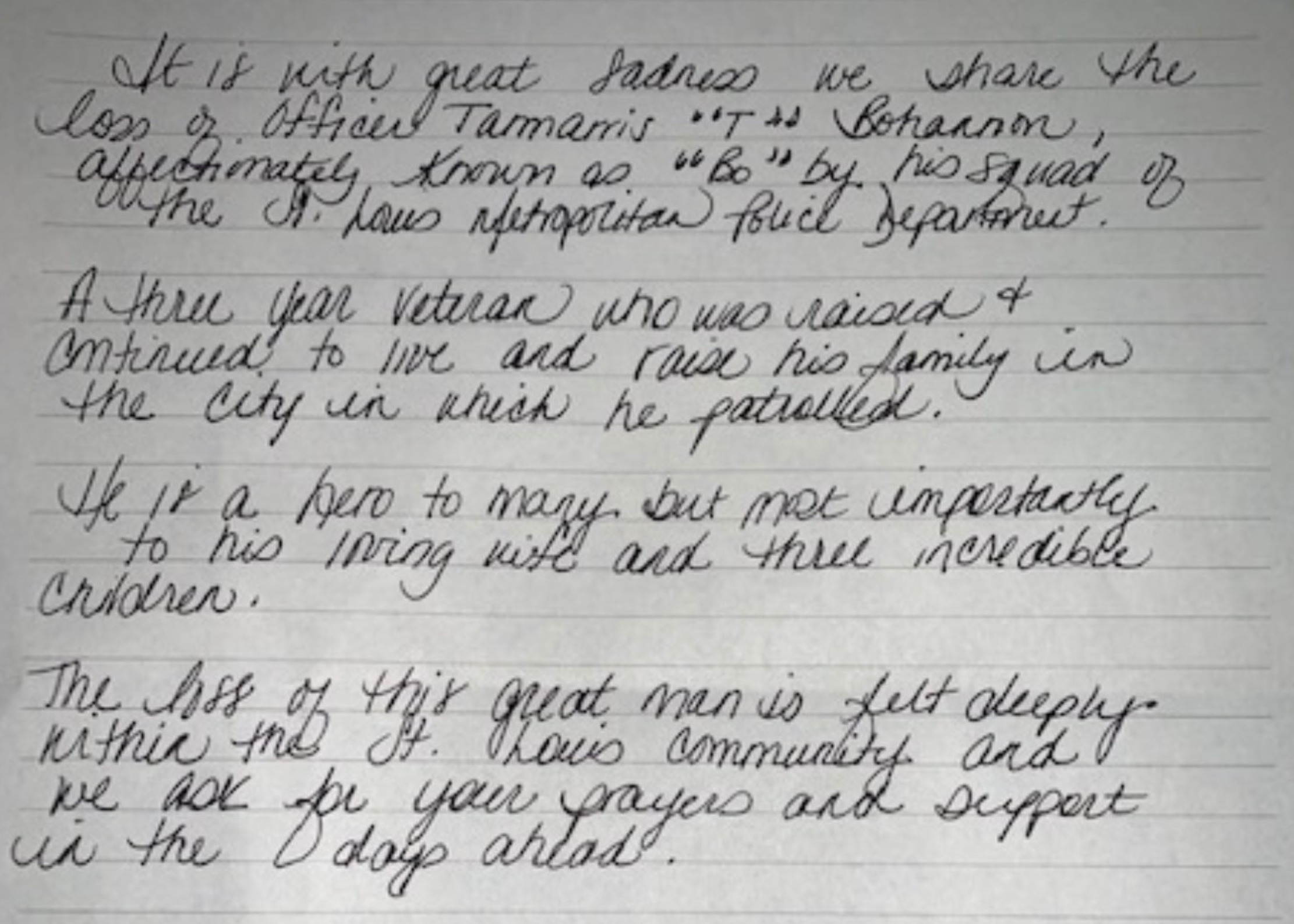 The city’s police chief, John Hayden, said the gunman ordered a family out of their home at gunpoint and barricaded himself inside for nearly 12 hours.

While the gunman was barricaded inside, officers armed with rifles and a SWAT team assembled outside.

Police closed surrounding streets and warned residents to stay inside, and used a bullhorn to order the suspect out and fired tear gas into the house, but fired no gunshots, the department said.

Officers were searching for another reported shooting victim when the gunman shot Bohannon in the head, the chief said. 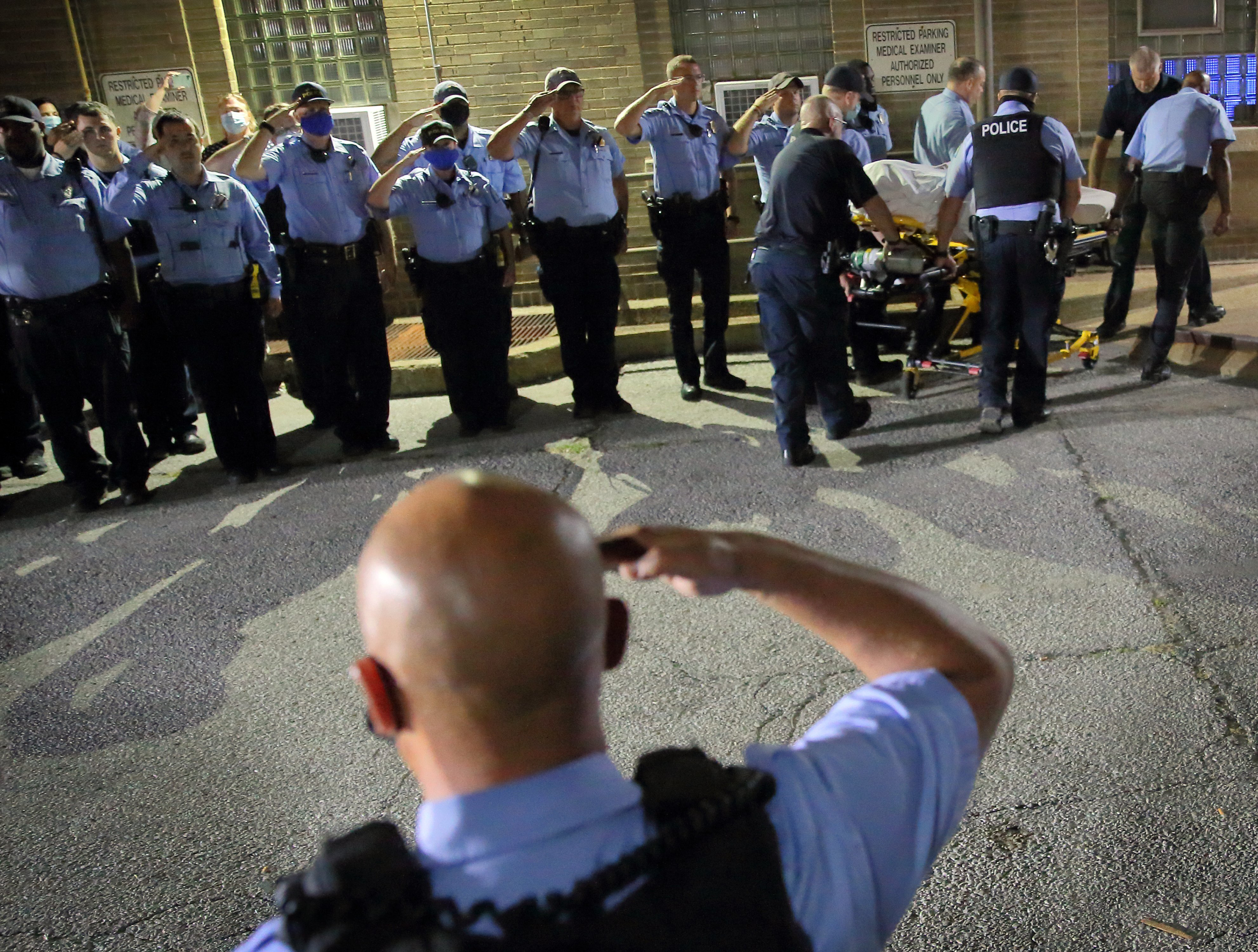 Another officer, who was said to be 30 years old and has been on the force for six months, was shot in the leg, but has since been treated and released.

A 43-year-old suspect connected to the shootings was taken into custody around 5.30 on Sunday morning, per the department.

St Louis Mayor Lyda Krewson said on Sunday she was “heartbroken” at the cop’s death.

“I’ve had the privilege of spending some time with his family under these extraordinarily challenging circumstances,” she said.

“They’re wonderful people and immensely proud of the way he selflessly served and protected our community with distinction and honor for more than three years.”

“This is a horrific reminder of the dangers our brave men and women willingly face everyday to keep us safe,” Krewson added. “This is a terrible, senseless tragedy.”

The police chief said the officers were just “trying to do their job, that’s all they’re trying to do and they’re suffering under gunfire.”

He said there has been a “surge in violence” this summer, noting that eight officers with the department have been shot in the line of duty since June 1.