This is the terrifying moment a driver escapes almost certain death by a matter of inches.

The short video features the aftermath of a motorway accident, which forced a driver to pull over in shock.

A steel bar, which fell off the back of the truck, punctured the driver’s windscreen and impaled the passenger seat’s headrest.

Luckily, no one was sitting in the passenger’s side at the time.

The visceral shot of the mangled windscreen and bar, which is still stuck in the windscreen, shows just how close the motorist was to an almost certain death.

If the bar had made contact further to the right of the windscreen, it would have likely impaled the driver.

The person taking the video then gets out of the car to survey the scene on camera and give a better view of the scene. 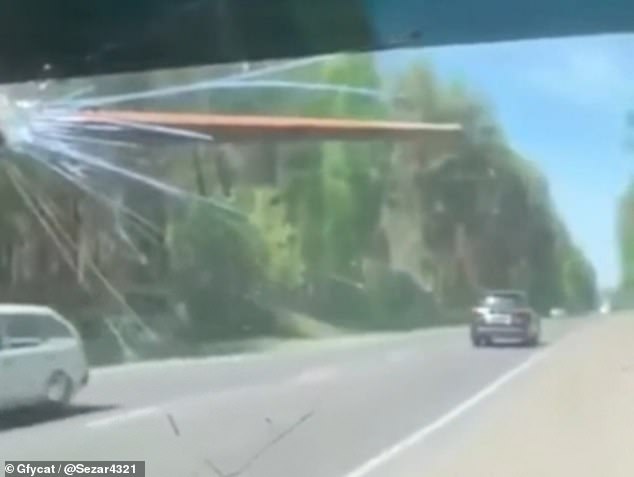 On social media, the video attracted thousands of comments from stunned users.

One person wrote: ‘Secure your loads, people… or someone will reach their Final Destination.’ 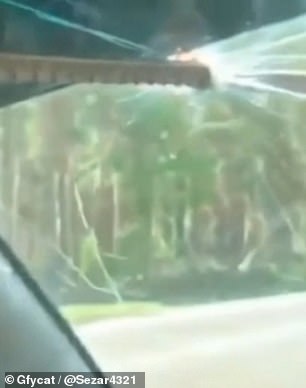 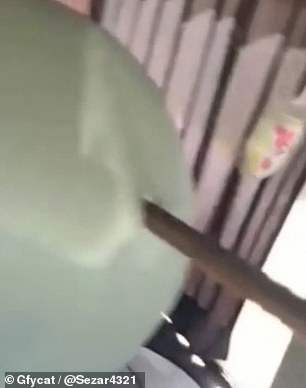 The driver pulled over and filmed the aftermath of the incident, which could have killed him

Another added: ‘This is why I never drive behind anything hauling equipment. I’ve heard too many stories of people being impaled by objects flying from vehicles.’

While one person concluded: ‘That’s when you pull over, sit on the side of the road, and think about your life for a couple of hours.’