A STUNNING double rainbow arching over a Yorkshire beauty spot has been caught on camera.

The exceptional shot was captured by photographer David Oxtaby, 48, in the village of Embsay on the edge of the Yorkshire Dales. 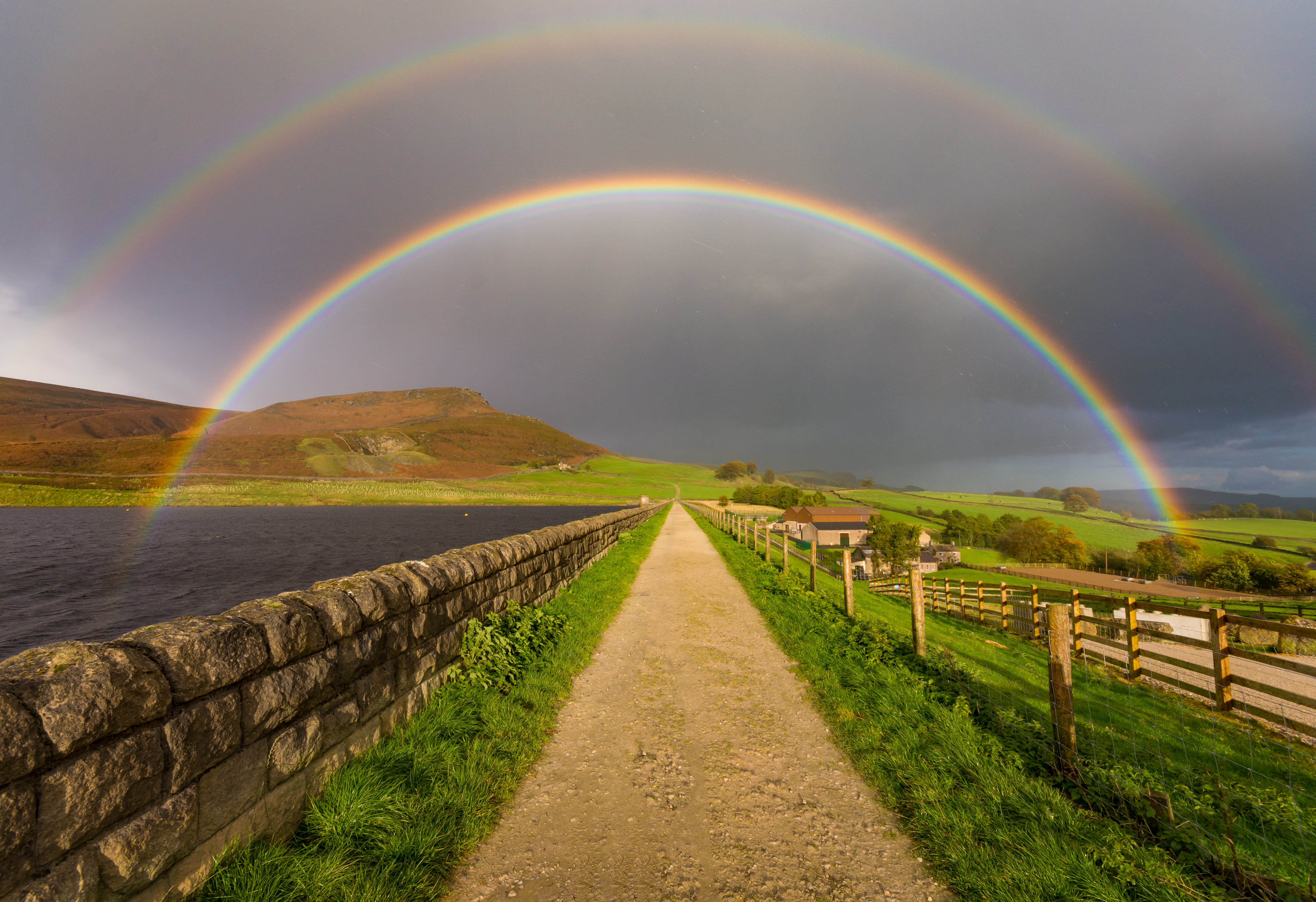 In the photo, two fully formed rainbows can be seen arching over a pathway with lush green fields on one side and a lake on the other.

While double rainbows are fairly common, it's very unusual to see one with such vibrant and fully formed bows.

David said: "I could tell a rainbow was coming because of the movement of the clouds so I got myself ready.

"When the double rainbow appeared I was speechless.

"It was one of those incredible awe-inspiring moments.

"Even the second rainbow was incredibly bright, which you don't often see."

He added: "I hope the picture can bring people a bit of happiness after everything that has happened this year."

David is a semi professional photographer from near Bradford, West Yorks., who plies his trade in the week as an IT manager.

He enjoys taking landscape shots such as this one and also takes a keen interest in railway photography.

Throughout the coronavirus pandemic, rainbows have been a symbol of appreciation for the healthcare workers taking care of those suffering from Covid-19.

Pictures drawn by children appeared outside the homes of millions of Brits during the first lockdown in March.

Meanwhile, tomorrow is the beginning of winter – and the first widespread snow of the season is expected in the coming days.

Temperatures will continue to nosedive amid freezing fog and 50mph winds.

An 11-day flurry of snowfall has been forecast from Thursday and it's expected the Scottish highlands will see the worst of it.

BBC meteorologist Chris Fawkes said the murky weather that was sitting over much of Britain since yesterday will remain initially, because there is currently no wind to move it on.

"We start off with murky weather in the week ahead, but then outbreaks of rain will develop – winds strengthen as the week goes by, it will then turn colder, significantly, through Thursday and Friday," he said.

The Met Office has confirmed that wintry showers "mostly confined to upland regions" is likely by the end of the week.