Just one asylum case is cleared every week… and staff get a bonus! Home Office is accused of ‘rank incompetence’ as Suella Braverman reveals staff will receive bonuses up to £2,500 to quicken process

Home Office staff were accused of ‘rank incompetence’ yesterday after the revelation that each caseworker resolves only one asylum application a week.

The accusation came as Suella Braverman revealed that they will receive bonuses of up to £2,500 in a bid to speed up the process.

The aim is to quadruple the rate at which claims are resolved, the Home Secretary told MPs.

She appeared before the Commons home affairs committee and was told by Tory James Daly that it was ‘rank incompetence’ that each of the Home Office’s 1,000 asylum caseworkers reached just one decision a week. The backlog of cases awaiting an initial decision now stands at 122,000. 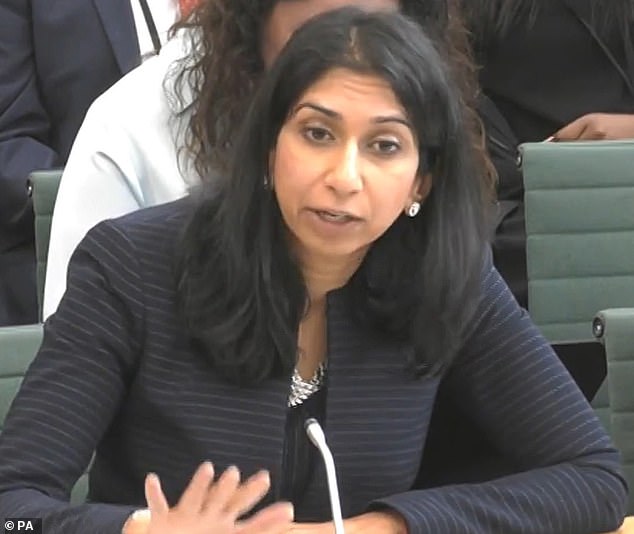 Mrs Braverman said moves were afoot to streamline the decision-making process with the aim of increasing the number of claims each member of staff processes to four a week.

This will see caseworkers paid a £1,500 bonus if they stay in the job for a year and £2,500 if they stay for two years, in an effort to reduce staff turnover.

The department aims to hire 500 extra caseworkers by March. She said: ‘There has been mounting pressure on the asylum system for several years. I agree that we’re in a crisis. I don’t think it’s fair to try to minimise the challenge we’re facing or to suggest it is easy to fix.’

Mrs Braverman admitted the Government has failed to protect our borders but blamed Channel migrants for ‘abusing the generosity of the British people’.

Her admission is significant because securing the UK border is one of her department’s key responsibilities. 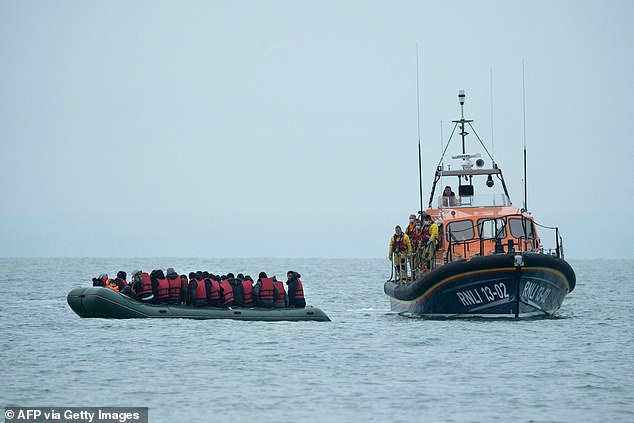 Tory MP Lee Anderson put it to Mrs Braverman that the department was placing tens of thousands of asylum seekers in hotels ‘because the Home Office has failed to control our borders and it’s not fit for purpose at the moment’.

Mrs Braverman said: ‘We have failed to control our borders, yes, and that is why the Prime Minister and myself are absolutely determined to fix this problem.’

Asked how the Home Office came to be holding 4,000 migrants in poor conditions at the Manston processing site in Kent earlier this month, she said: ‘I will tell you who is at fault, it’s very clear who’s at fault. 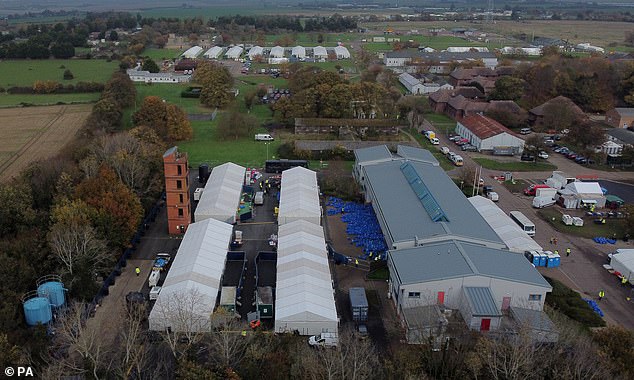 The committee was told that just 36 of the 12,000 Albanian migrants to have reached Britain this year have been removed to their home country directly from Manston Immigration Centre (pictured)

‘It’s the people who are breaking our rules, coming here illegally, exploiting vulnerable people and trying to abuse the generosity of the British people.’

The committee was told that just 36 of the 12,000 Albanian migrants to have reached Britain this year have been removed to their home country directly from Manston.

Mrs Braverman admitted that laws to make it easier to remove failed applicants may not be in place until next year, later than promised.

Home Office permanent secretary Matthew Rycroft said it was still too early to say whether the Rwanda asylum scheme, which has already cost the taxpayer £140million, will provide value for money. The deal, announced in April, is designed to send migrants to Africa to claim asylum, but remains in legal limbo.