A man who murdered his ex-girlfriend after persuading her to perform a pole dance for him was jailed today for a minimum of 23 years to life. 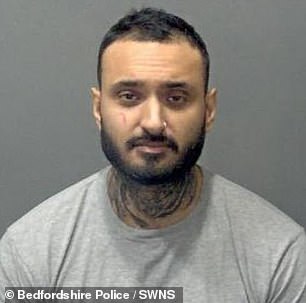 Habib Jackson must serve another 21 years 168 days before he can be considered for parole, he has already served 1 year 197 days on remand (Pictured) Mr Habib Jackson

Louise Rump, 29, had agreed to the dance for her ex Habib Jackson as they had been involved in a relationship that ended a year ago in her flat in the village of Bedfordshire.

St Albans crown court heard how Mr Jackson, a security guard, had wanted to rekindle a relationship with her but she did not feel the same.

Mum of two Ms Rump was described as ‘full of life’ and was last seen alive on the morning of October 16, 2020 when she dropped her daughter off at school.

At 11.15am that day Mr Jackson of Toddington, Beds was seen on CCTV heading to Rump’s address in Plewes Court, Kensworth, Beds where he had planned to meet her.

Judge Michael Kay said: ‘The killing was driven by jealousy, rage and an element of sexual frustration,’ as he punched Rump in the face several times before strangling and smothering her.

There was signs of an attack with bruising on her face, her left hand, wrist and pelvis.

The pathologist found she had been killed by asphyxia before her body was set on fire.

Mr Jackson from Toddington, Beds admitted to using petrol he had brought with him in a small drinks bottle to start a fire in her flat but told the court he had it in his car for bonfire night.

Prosecutor David Matthew said: ‘The fire was a quite deliberate attempt to destroy the traces her attacker might have left,’ he said.

Just over an hour later, her body was discovered at the foot of her bed by fire-fighters who had been called out by neighbours when they saw smoke coming from her flat. 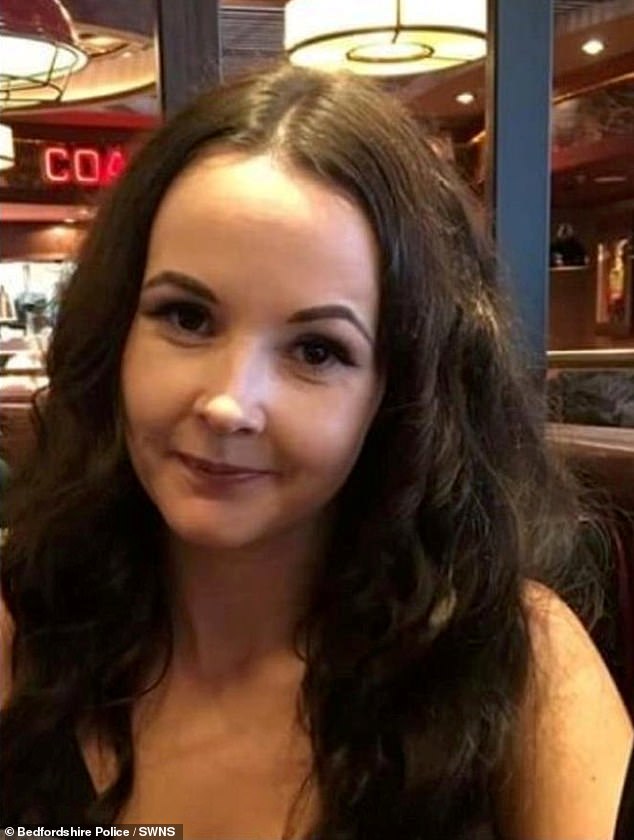 Louise Rump was strangled and beaten to death before being set on fire by her ex-boyfriend the Judge said to be driven by jealousy, rage and an element of sexual frustration (pictured) Ms Louise Rump 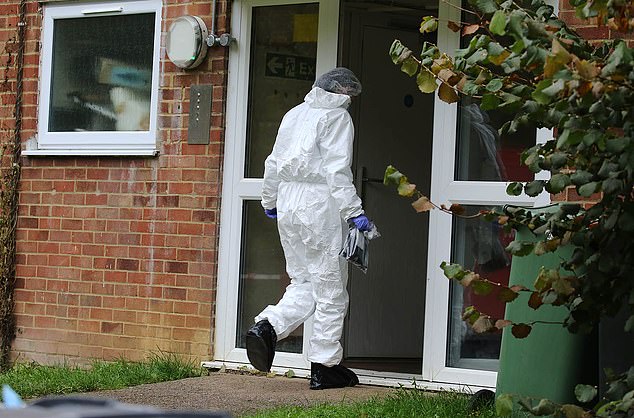 Jackson denied he had been to the flat on the day of the killing, but said he had been there on February 15 when they had a play fight and she scratched his face.

Firefighters found the pole in the lounge and her body in her bedroom where the curtains had caught fire and there was smoke damage.

Mr Jackson was later seen discarding a bloodstained jumper and a cardboard box by the side of the road not far from the scene before driving off.

He then went to his workplace in Houghton Regis, Beds where he concealed clothing and dumped one of Ms Rump’s mobile phones in a bin.

He was jailed for life by Judge Michael Kay QC who said he must serve another 21 years 168 days before he can be considered for parole.

He has already served 1 year 197 days on remand.

In a message on 15 October, the day before she died, Jackson wrote to Louise: ‘It has been a year baby, since I was deep where I belong.’

Mr Matthew said Habib Jackson paid Louise Rump for ‘deal questions’ when he asked her about sexual activity, making him her ‘sugar daddy.’

When Jackson was questioned by the police the day after the killing he said they had an on-off relationship.

Judge Michael Kay said: ‘As a result of your obsession with her and your controlling, violent nature, those two children will now have to live with the knowledge that, while they were at school, their mother was brutally strangled or smothered to death and her body was set on fire.’

Jane Hedges, Ms Rump’s aunt, said: ‘While we have taken some comfort from today’s sentence, nothing will ever make up for our loss and the grief our family is feeling.

‘This was such a needless crime and a tragic waste of life. Louise was a real star among us, full of life and energy who would brighten any room she went into.

‘Her children will now sadly have to grow up without their mum. Our thoughts are with them today and we will do everything we can to support them so they grow up to make their mum proud.’

Superintendent Rob Hall of the Bedfordshire, Cambridge and Hertfordshire Major Crime Unit, which led the investigation, said: ‘This was a horrifically violent and despicable crime committed against a young mother who had her whole life ahead of her and now leaves behind two young children.

‘I welcome the result in court today and hope this goes some way in giving Louise’s family and friends the closure and justice they so deeply deserve.

‘My thoughts remain with Louise’s family and her close friends at this time..’

‘We can all stand up to this and make sure that women and girls across Bedfordshire feel safe.

‘I want to thank everyone in the MCU who was involved in this investigation, and everyone in policing must make sure we recognise this kind of behaviour, take it seriously and take action against men like Habib Jackson.

‘But the public can also support us with this. By calling out misogynistic behaviour and reporting concerns where women don’t feel safe, we can help rid society of these appalling attitudes and behaviour.’