After a decade of war, you might expect every city in Syria to be in ruins, and many are.

Aleppo, Idlib, Homs, Raqqa, the places which have become synonymous with the horror of this past 10 years, are all in pieces.

But while the disintegration of a country at war begins with the deaths and the destruction, beyond that are the legacies.

A week in northern Syria has given me a glimpse of the enduring cost of this war.

It’s a story of unimaginable human suffering, a population haunted by a conflict which brought the world new levels of barbarism.

It’s now a nation fractured into factions, with superpowers vying for control and a war from which unintended consequences remain: the Islamic State is defeated, but not gone. 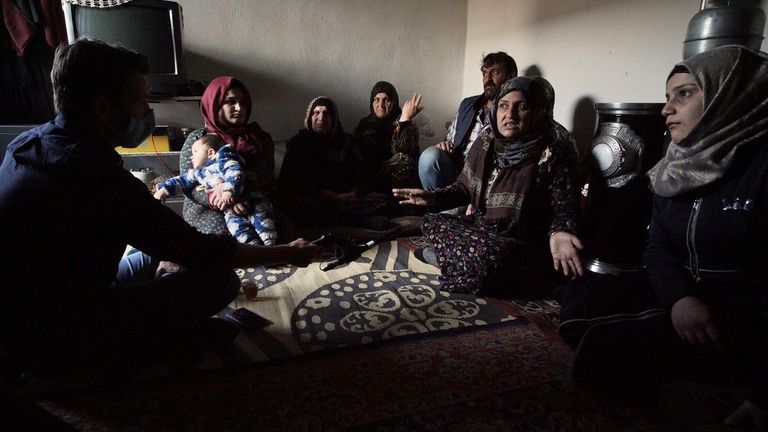 The northern city of Qamishli is a good place to see the multiple legacies.

It’s not a city destroyed by the war. In fact, at first glance, it looks like it’s done well. Yes, it’s run down and polluted.

But these days the Kurds, whose home this is, have an autonomy and freedom they never enjoyed before the war.

Yet this is a city, like the country, divided. Most of it is under Kurdish control but pockets of the city remain in the regime’s hands.

There is an uneasy truce on the streets but anxiety too; one day, they fear, Assad will retake this region. 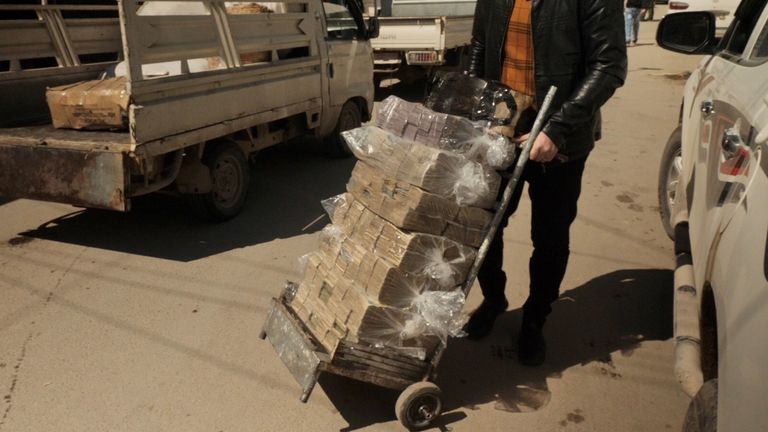 In a town just outside Qamishli, I meet Mohammed, from near Aleppo originally, but here now with his whole family. Half the country is now displaced. Their story is replicated everywhere.

“Our situation was awful. We were living between the air strikes and killing,” Mohammed’s sister-in-law Zalouh tells me, describing the Aleppo they left.

“We used a cigarette lighter at home so the planes wouldn’t see us and strike us.” 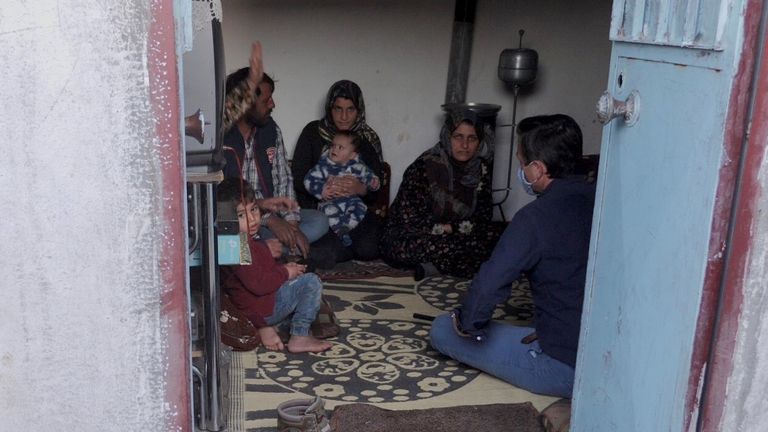 We’re gathered in a small room. There are four generations of one family here. All 14 of them sleep where we sit, but it’s better than what they left.

Mohammed’s elderly mother-in-law recalls the bombing of the city. 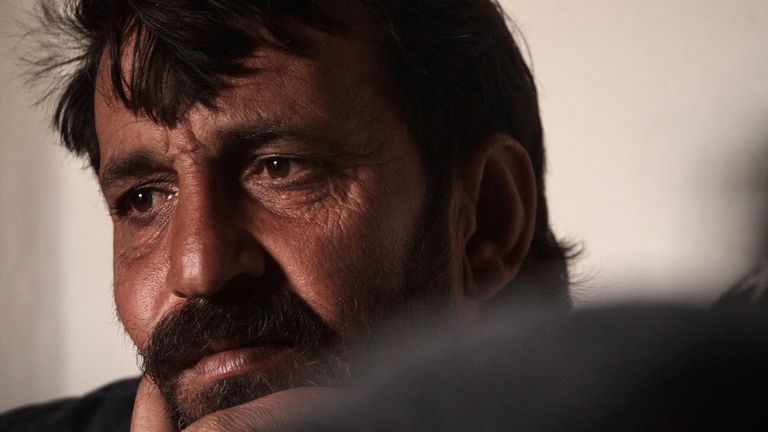 “Then it hit to the east and the windows shattered all around us. It shattered on top of us and on the floor. I said: ‘We’re going to die so bring the children, we’ll die together.'”

In one sense they are the lucky ones because they’re in a house – not a refugee camp. But then not being in a camp means there don’t have any help from charities. 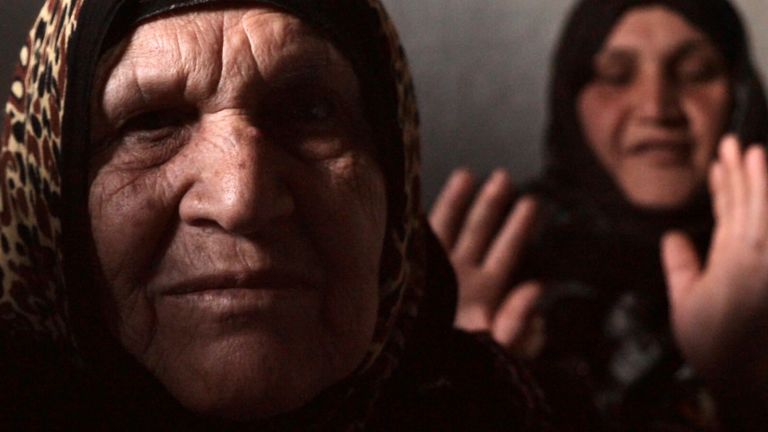 On the road east, we pass a convoy of trucks. It’s a re-supply chain for the American troops who are in this part of the country.

These plains of northern Syria are now where superpowers tussle for control. There’s regional influence, and oil, to secure.

This is the only place in the world where the Russian and American militaries brush past each other.

Further to the west, the Turkish military has annexed a section of the northern border.

And to the southeast, a combination of Iranian militias and Islamic State fighters hold different pockets of land. 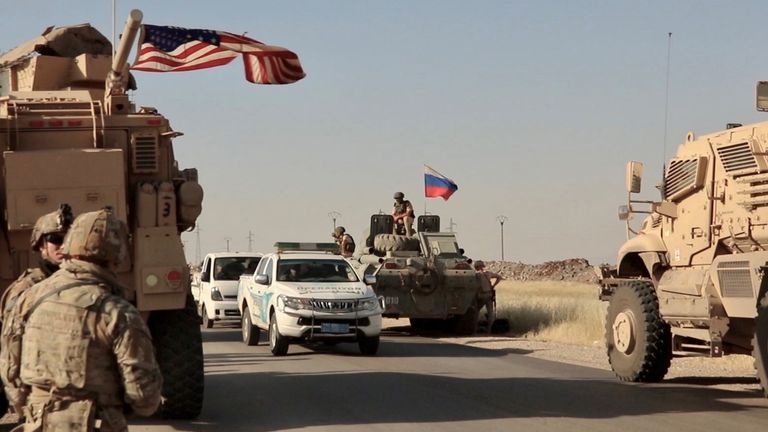 Back in Qamishli, there are the less obvious consequences of war.

In the market, money-changers need carts now to carry their currency, because so much is needed to buy so little.

I meet Walid in one currency exchange office. They call him ‘the sheikh’ because in this clamour for currency, he is in demand.

The devaluation has had a devastating effect on salaries. 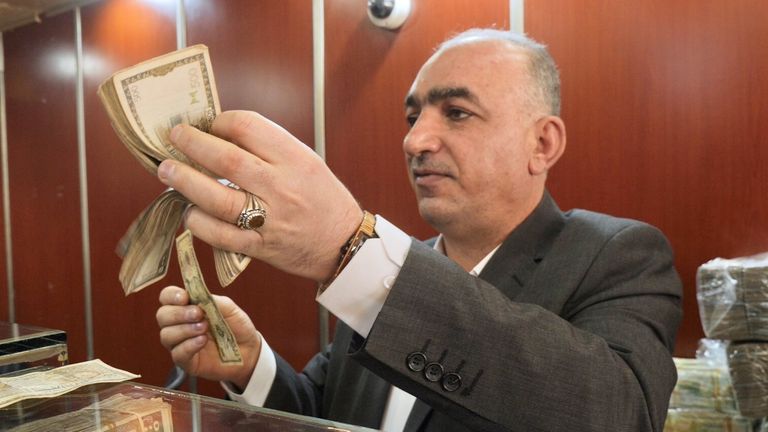 Badran Cia Kurd is vice president of this region which, in the chaos, has declared itself autonomous.

“The ones who won are Bashar [al Assad], Turkey and terrorist groups. The ones who lost are the Syrian people.

“Half the population is displaced, 80% are living in poverty and dire conditions and half a million people have been killed. A misery has come to Syria due to this war.”

It was a war which began with an uprising against President Bashar al Assad. He remains president.

It precipitated a refugee crisis which polarised politics across Europe and bolstered the nationalist agendas of politicians from Farage to Trump.

It’s no exaggeration to say that 10 years of conflict in Syria has changed the world. 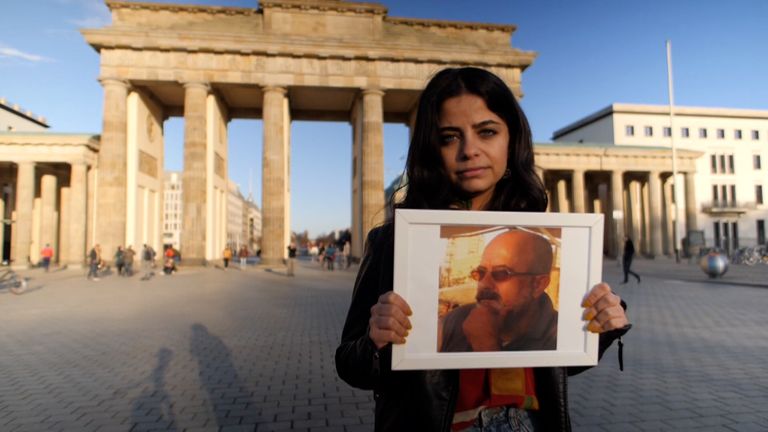 But at its core, among communities still inside Syria, it’s a story of survival in a broken nation.

As I leave his family in their shack of a home, his face is that of a man with the weight of the world on him.

But from the children and teenagers are giggles and waves. They’re baffled and thrilled that we’ve come to hear their story.

Looking for hope here after a decade of war is hard. But you can find it in the smiles and resilience of the generation who will pick up the pieces.