Taiwan says Beijing must ‘face up to historical mistake’ of 1989 incident but China says it followed ‘correct’ path. 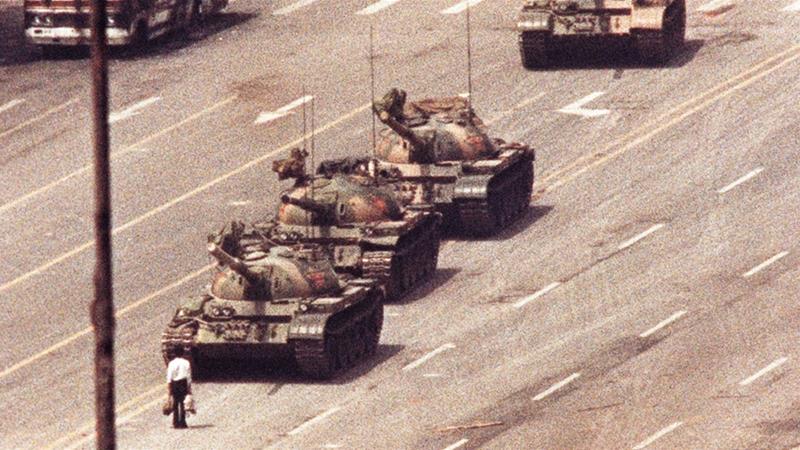 Taiwan’s government has called on China to “sincerely repent” for a bloody crackdown on pro-democracy protesters in and around Beijing’s Tiananmen Square three decades ago ahead of a sensitive anniversary of the event, as Beijing said the country’s development showed it had followed the “correct” path.

In a statement on Monday, Taiwan’s Mainland Affairs Council accused China of telling “lies” about the incident on June 4, 1989, which saw Chinese troops open fire on demonstrators in the capital following weeks of student-led rallies calling for political reform in the communist party-ruled country.

Beijing has never released a full death toll concerning the incident and heavily censors reporting on the event. Estimates from human rights groups and witnesses put the death toll between several hundred to several thousand people.

“We earnestly admonish the Chinese authorities to face up to the historical mistake, and sincerely apologise as soon as possible,” the council’s statement said.

The council also called on China to “proactively push for democratic reforms”, adding it would support the move in “all manner of ways”.

Asked about Taiwan’s statement on Monday, Chinese Foreign Ministry spokesman Geng Shuang said the great achievements since the People’s Republic of China was founded 70 years ago “fully prove that the development path we have chosen is completely correct”.

On Sunday, in a rare acknowledgement of the 1989 events, Chinese Defence Minister Wei Fenghe defended authorities’ handling of the Tiananmen Square protests as the “correct policy”.

“Throughout the 30 years, China under the Communist Party has undergone many changes – do you think the government was wrong with the handling of June fourth? There was a conclusion to that incident. The government was decisive in stopping the turbulence,” Wei said at a defence summit in Singapore.

He added that China’s development since 1989 showed that the government’s actions were justified.

The Tiananmen protests were “political turmoil that the central government needed to quell,” Wei said, adding: “Due to this, China has enjoyed stability, and if you visit China you can understand that part of history.”

Taiwan’s Mainland Affairs Council described the remarks defending the handling of the demonstrations as “incredible”.

“It proves that them keeping saying ‘Chinese people don’t attack Chinese people’ is a gargantuan lie,” the council’s statement said.

The back-and-forth took place amid a ramping up of pressure by China on Taiwan, which holds presidential elections in January, with Beijing whittling away at the island’s few remaining diplomatic allies and regularly sending air force jets close to the territory.

Chinese authorities suspect President Tsai Ing-wen and her ruling Democratic Progressive Party of pushing formal independence for Taiwan, a red line for Beijing. Tsai has repeatedly said she wants to maintain the status quo but has also vowed to defend the island’s democracy.

Beijing claims self-ruled and democratic Taiwan as its sacred territory, to be taken back by force if necessary.

On Sunday, Chinese Defence Minister Wei said the military would fight “if anyone dares to split Taiwan from China”.

Taiwan’s defence ministry denounced his remarks as “bellicose”, adding they posed a clear threat to peace and security in the region.