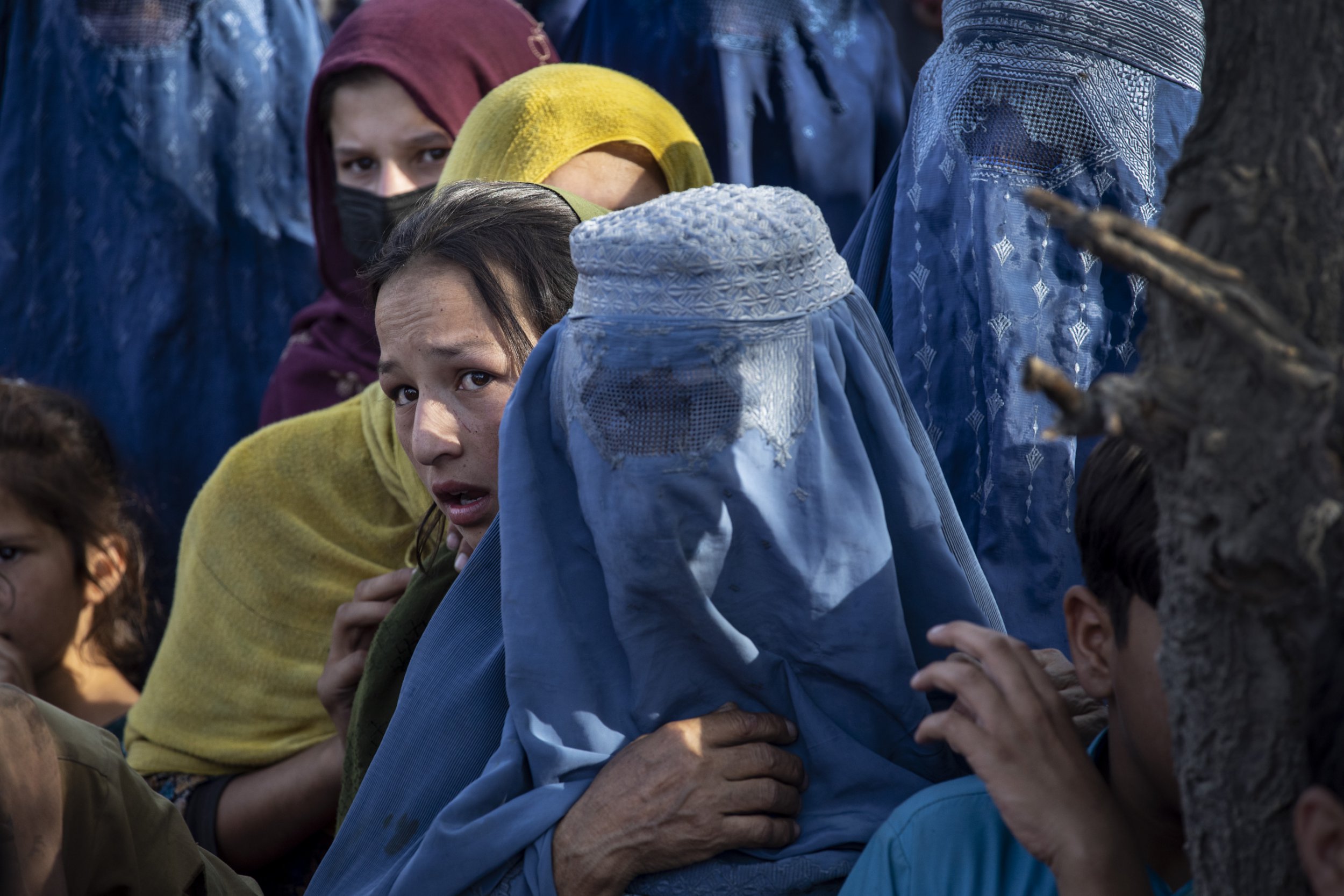 The fearful face of a girl refugee shows the terrifying fate awaiting Afghanistan — as the war-torn country slips back into the Taliban’s medieval rule.

As the US, Nato and Britain withdraw their troops after 20 years, resurgent militants have seized vast swathes of territory from government forces.

Taliban fighters have celebrated by going from door to door in captured cities making girls as young as 12 their sex slaves.

And their commanders have ordered imams to bring them unwed women aged 12 to 45 for their soldiers to marry because they view them as ‘qhanimat’ — spoils of war.

Faiz Mohammed Noori and his family fled Taliban-seized Baghlan for the capital Kabul after their home was burned down.

But he warned: ‘Kabul is also not safe. If they take over Kabul, they’re taking your daughters, your wife. They don’t care.’

MP Simon Clarke said yesterday: ‘Quite apart from the horrific consequences for the people of Afghanistan being returned to medieval rule, and the security ramifications if the country returns to being an ungoverned space, what message does this send to the allies of America and the West?’

The Taliban army now controls nine of 34 provincial capitals and has besieged others in a major assault that saw government forces largely capitulate.

Terrified residents who fled Kunduz as it fell last week told of jihadists beheading anyone linked to the government.

One female journalist described fleeing an unnamed city in the north and going into hiding with her uncle for fear she would be hunted and executed.

Mazar-i-Sharif, the north’s largest city, is next in the Taliban’s sights. President Ashraf Ghani flew there yesterday to rally troops and confer with local warlords.

And a US defence official warned the Taliban could ‘isolate’ Kabul in 30 days — then take it in 90 days. Speaking on condition of anonymity, he said that Afghan forces could reverse the momentum by ‘putting up more resistance.’

US president Joe Biden yesterday also urged Afghan leaders to ‘come together’ to make superior troop numbers count, saying: ‘They’ve got to fight for their nation.’

But he insisted he did not regret his decision to withdraw US forces by August 31. Britain’s last 750 troops began leaving last month — two decades after first being deployed there following 9/11.

Former UK defence ministers Johnny Mercer and Tobias Ellwood last week suggested they should return to the front line to bolster resistance, but many families of 457 British soldiers killed in the conflict back withdrawal.

The Taliban has promised not to attack withdrawing forces but has not agreed to a ceasefire.

An earlier commitment to peace talks came to nothing as leaders eyed military victory.