Tati, the much-loved cut-price clothing chain that has been a French retail institution for more than 70 years, is to close its original – and last – Paris store, after public transport strikes and the coronavirus crisis sent sales plunging by more than 60%.

Founded by a Tunisian immigrant at the end of the second world war in the mainly west African Barbès district at the foot of Montmartre, Tati grew into more than 100 outlets around France, and its pink-and-white chequered carrier bags became a style statement for film stars and celebrities.

The company has been in difficulty for decades, having struggled to adapt its “pile ‘em high, sell ‘em cheap” strategy of the early postwar years to a more fashion-conscious clientele seduced by big fast-moving multinationals such as H&M or Zara. 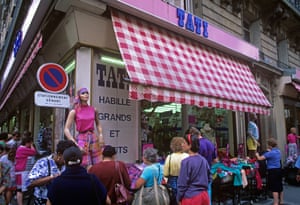 The flagship Barbès store – the brand’s only outlet until 1978 – “never really saw its clients return” after the double blow of public transport strikes that brought Paris to a halt in December and January, followed by three months of Covid-19 lockdown, said the company’s managing director, Thierry Boukhari.

Sales from October 2019 to May this year were two-thirds down on the same period 12 months earlier, he said, “and we find ourselves unfortunately obliged to close our historic shop and to find alternative employment for its 34 staff”.

At the Barbès store on Wednesday, shoppers were nostalgic and upset. “Tati has always been a bit like the aunt who looks after you,” said Aminata Mbaye, 62, originally from Senegal. “Such a big choice. You could always find something you could afford, no matter how little money you had.”

Fatoumata Diassouba, 71, from Ivory Coast, said the store had “always been the place you thought of first” for cheap clothes or fabrics. “It was always Tati, nowhere else. But it’s true, it’s not the same. I came this morning for T-shirts for the grandchildren. There’s not much.” 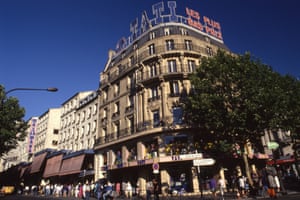 For a multitude of Parisians of a certain generation, however, Tati – which started life as the first deep-discount, self-service fabric shop in France – will always be the home of the £50 wedding dress, the £1 T-shirt (guaranteed to shrink in the first wash), and the 50p pair of pants.

Once, customers would hide its carrier bags in shame, but over the years some of France’s most glamorous women have been more than happy to be seen sporting them in public, including the film star Brigitte Bardot, the novelist Françoise Sagan and even the wealthy socialite Nadine de Rothschild.

The store was founded in 1948 by the late Jules Ouaki after he was demobbed from the Free French army. He wanted to name it after his grandmother, Tita, but since that was already registered as a brand name he had to settle for Tati. He had the simplest possible slogan: “Tati, les plus bas prix” (Tati, the lowest prices).

By piling his goods up where everyone could see and touch them, clearly displaying their prices, and keeping things cheap by paying suppliers cash, he built the business into a huge success. 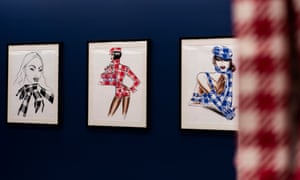 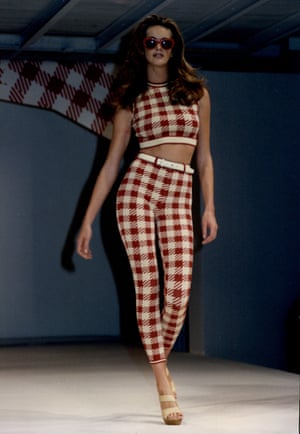 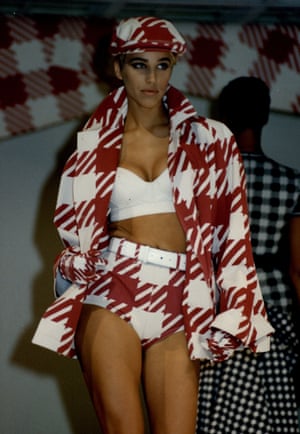 In the 1990s Tati, by now run by Jules’ son Fabien, expanded abroad and attempted a move upmarket “from cheap to chic”, opening a branch on New York’s Fifth Avenue. It even making a short-lived foray into the world of fashion in 1991 with a critically acclaimed collection by Azzedine Alaia, modelled by Naomi Campbell for the fashion photographer Ellen von Unwerth and on the catwalk by top models of the day including Helena Christensen, Yasmin Le Bon and Elle Macpherson.

Yohann Petiot, of the Trade Alliance of French clothing and shoe retailers, said the store had fallen victim to changing shopping habits and the emergence of more aggressive rivals with the same bulk-purchase, high-volume business model.

“But it has also been hit by the same crises that are causing problems across the whole retail sector: the gilets jaunes (yellow vests) protests, the transport strikes, and finally the Covid-19 lockdown, which for some will be the final straw.” 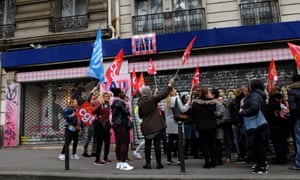 Tati left the Ouaki family’s hands in 2004 when its 100-plus loss-making stores were sold to the Eram group. In 2017, in even greater financial trouble, they were bought by GPG, another retail group, which rebranded some and spun others off to their management.

GPG said last year that the original Barbès store would soon be the only one to keep the Tati name, and it has now conceded it is fighting a losing battle. Two small specialist outlets, including Tati Mariage, which specialises in cheap wedding outfits, will continue trading for the time being. 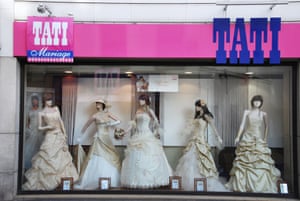