Married primary teacher, 56, ‘sent naked waist-down selfies to schoolboy’s mother and told her son in class ‘I love your mum’

A teaching assistant allegedly sent naked selfies to a schoolboy’s mother  – and was sacked when her husband found the X-rated nude snaps, a misconduct hearing was told.

Clive Beattie, who is a registered teacher but is employed as a teaching assistant at the school, is accused of saying: ‘I love your mummy’ to a young pupil in his class.

The 56-year-old then is also said to have asked the boy to draw pictures of his mother in a wedding dress. 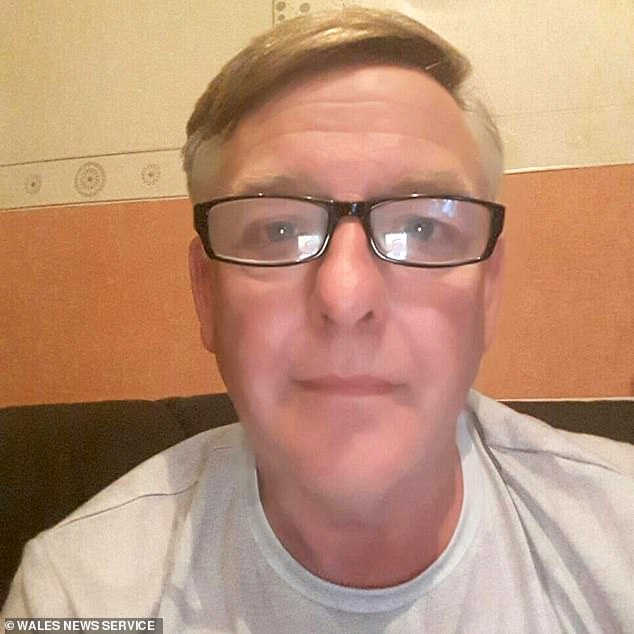 A disciplinary hearing was told Mr Beattie began contacting the woman on Facebook after she sent him a friend request as he taught her son’s class.

The mother – named only as person A – sent Mr Beattie a picture of herself in underwear and told him: ‘It’s your turn’.

The hearing was told Mr Beattie responded by sending her three naked selfies of himself from the waist-down.

An investigation was launched after the woman’s husband stormed into Ysgol Penmorfa primary school in Prestatyn, North Wales, to show the pictorial evidence to Mr Beattie’s headteacher Catherine Patterson.

Presenting officer Patrick Llewellyn said: ‘The husband said Mr Beattie had been in contact with his wife via social media.

‘He showed her photos of Mr Beattie naked from the waist down.

‘He said Mr Beattie had outlined his love of person A to child A’. 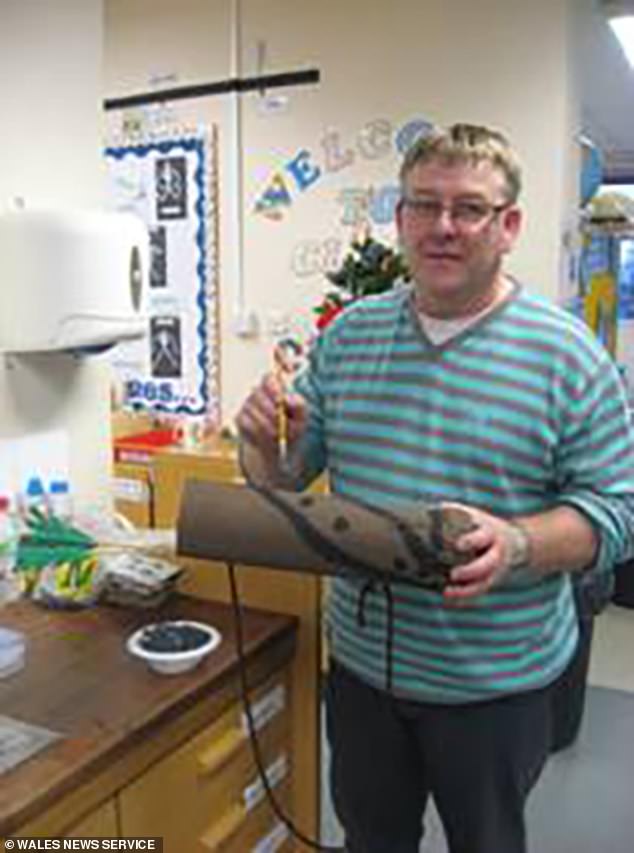 Council official Bruce Knight led an investigation into Mr Beattie on behalf of Denbighshire Council over ‘inappropriate use of social media and sending indecent images that adversely impacted on the school.’

Mr Knight said he interviewed the woman’s husband – named in the hearing as Person B – while he and his wife were ‘trying to rebuild their relationship’.

Mr Knight said the husband told him that Mr Beattie ‘had engaged in inappropriate behaviour with child A by asking him to draw a picture of Person A in her wedding dress and telling him he loved Person A.’ 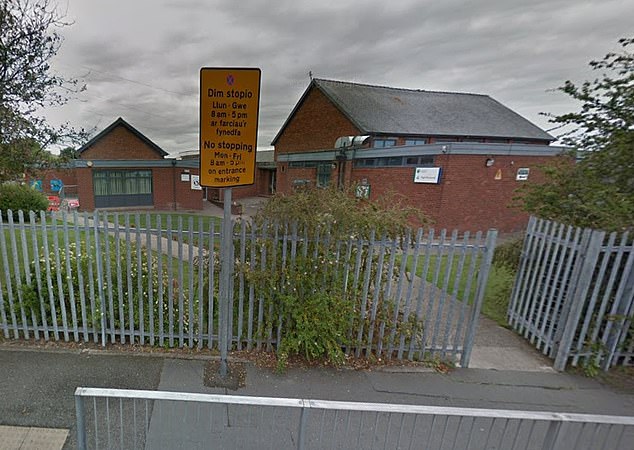 An investigation was launched after the woman’s husband stormed into Ysgol Penmorfa primary school in Prestatyn, North Wales, (above) to hand in pictorial evidence to Mr Beattie’s headteacher

The Education Workforce Council hearing was told Mr Beattie and the woman began to contact each other via Facebook after she sent him a friend request and later wished him a happy birthday.

Mr Knight said: ‘He said he thought she was very attractive.’

‘They began to message each other and later she sent him a picture of herself wearing a bra and knickers.’

The hearing was told she followed the picture with a message saying: ‘It’s your turn’.

Mr Knight said that Mr Beattie denied asking the woman’s son to draw a picture of her in a wedding dress or telling the boy that he loved her. 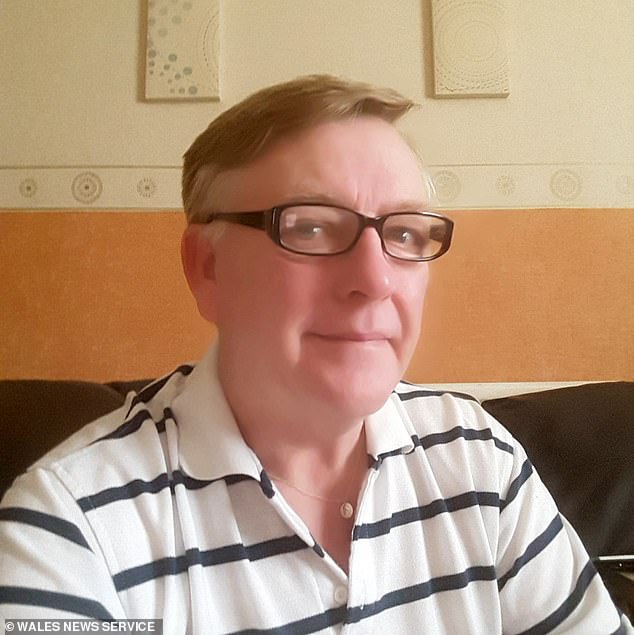 The defendant is accused of unacceptable professional conduct by pursuing ‘sexually motivated’ behaviour towards the woman.

The allegation states: ‘Your actions were sexually motivated and carried out in pursuit of sexual gratification or a future sexual relationship with person A.’

Mr Beattie, of Prestatyn, is not attending and is not represented during the remote hearing.