A British teenager faces a £118,000 medical bill over a brain injury she suffered after falling from an electric scooter while on holiday in the US.

Karmen Curley, 18, from Newtownabbey, Northern Ireland, was visiting her sister Sian, in Los Angeles, when she suffered the horrific injury after hitting a pothole.

Karmen, who forgot to buy travel insurance, remains in intensive care in the US and her sister is desperately trying to raise more than £118,000 to pay for her treatment. 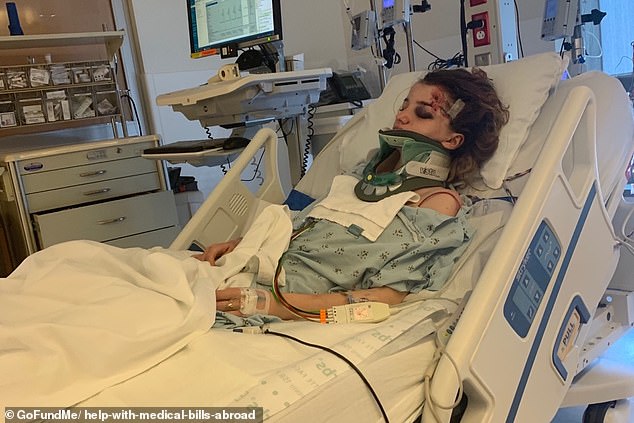 British teenager Karmen Curley, 18, faces a £118,000 medical bill over a brain injury she suffered after falling from an electric scooter while on holiday in the US. Above: Karmen at UCLA Hospital in Los Angeles

She is being treated at Los Angeles’s UCLA Hospital and Sian told the Belfast Telegraph she is at her ‘wit’s end’ because of the spiralling cost.

Sian, who is studying in America for a year, said Karmen came to the US to join her on a road trip from San Francisco to Las Vegas.

‘We decided to rent out electric scooter to venture around the area but after not even one minute, Karmen hit a pothole and flew off her scooter.

‘When I went up to her she was unconscious and in a pool of blood. The blood was pouring out onto the ground, it was traumatising to watch.

In the fall last Tuesday, May 28, Karmen also suffered broken bones including a broken collarbone, nose and eye orbital bone, which will require surgery.

After she was taken to UCLA Hospital, Sian discovered the cost for Karmen to be treated in the intensive care unit was more than £11,000 per day ($15,000).

‘The ambulance came and she was taken straight to Intensive Care in UCLA Hospital. 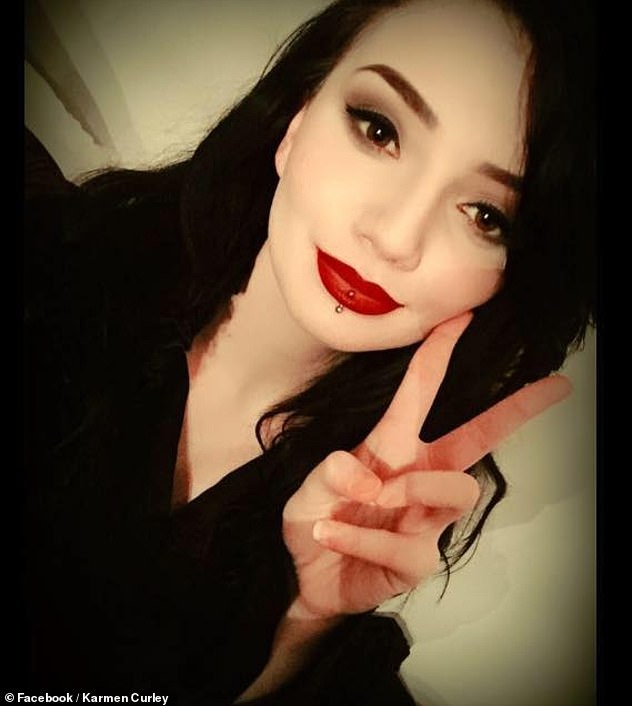 Karmen (above), who forgot to buy travel insurance, remains in intensive care in the US

‘We have been told that if she gets out, she will need to stay in LA and go for a follow-up meeting before she can fly home to Belfast.

This follow-up will cost $4,000 alone, so the total just keeps getting more and more.’

Both students remain in Los Angeles without any other family to help after their mother, Karen, died suddenly last year. 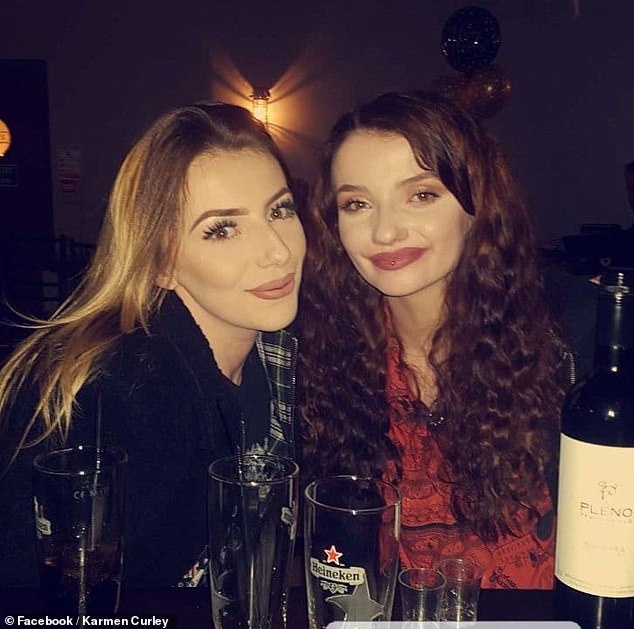 Sian (pictured left with Karmen) discovered the cost for Karmen to be treated in the intensive care unit was more than £11,000 per day ($15,000)

Sian said if her mother were still alive, she would be ‘sorting this all out’, but instead she is ‘stressed out and confused’.

She added a note of caution to other travelers to get insurance before going on holiday.

‘We wouldn’t be in this position if Karmen had of thought to get it,’ she added.

A Go Fund Me page set up to raise money for Karmen’s treatment has so far raised more than £5,000.