A WOMAN got the shock of her life when she discovered a massive wolf spider prowling in her back garden as she mowed her lawn.

But as she looked closer, the terrified Australian noticed hundreds of baby spiders clinging to its back – making for a truly skin-crawling sight 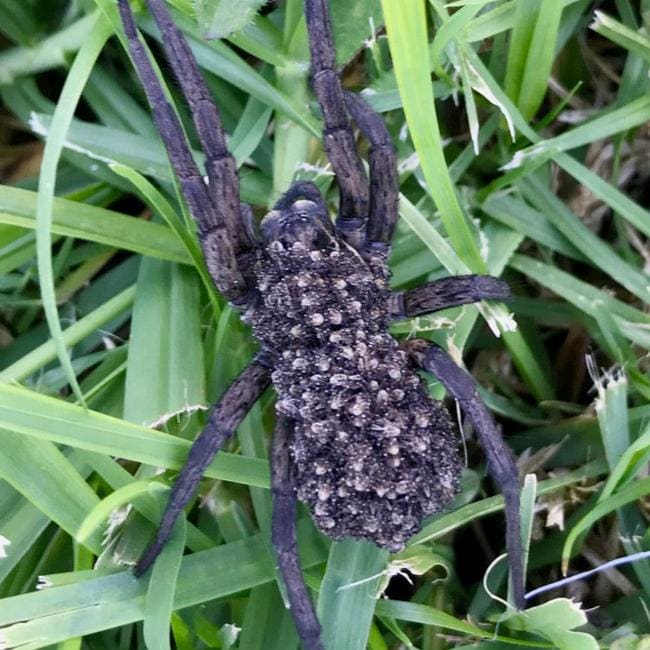 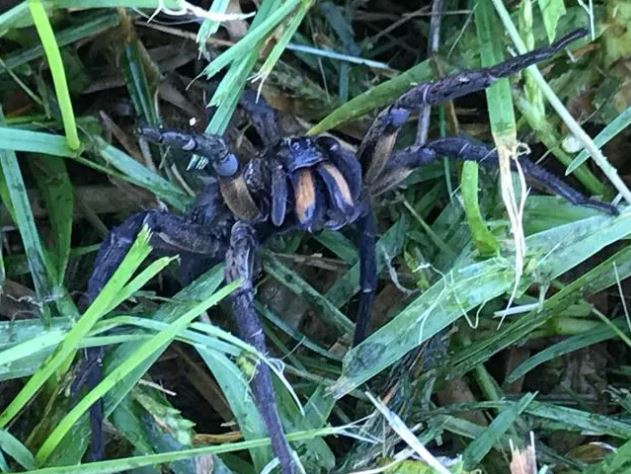 Taken aback by her heart-stopping discovering, the woman, from Cobargo in New South Wales, paused her gardening job to take snaps of the creepy crawlies.

She then moved the massive mother and her young out of harms way – but when she returned to take another photo, the babies had all gone, reports news.com.au.

Despite being startled, the woman was keen to find out the species of her backyard visitors, and took to a popular Australian spider identification page on Facebook to seek help.

“I found this spider with lots of baby spiders on its back while I was mowing. I moved it out of harms way and then when I went back to take another photo, all the babies had gone,” she wrote.

“Please can someone ID it for me?”

Her wondering was soon answered, with many informing her that the only type of spider to carry its young on its back is the wolf spider.

The name wolf spider refers to a big family of spiders which are large, dark and fast.

While wolf spiders are non-aggressive, they will bite if provoked and should be considered dangerous to humans.

Their bite is venomous but not lethal.

Most of the species in this family of spiders do not catch their prey via a web as spiders typically do, but instead chase and pounce on the insect – indicative of wolves, hence their name.

They can grow to more than a 1.2inches in size and live for up to 18 months.

Their unique parenting habits often sees them carry their young on their back.

Wolf spiders are usually brown, grey, black or tan, with dark markings and have eight eyes arranged on their heads.

They have adapted to live just about anywhere, according to National Geographic, and can be found in colder habitats such as rocky mountain tops,warmer ones such as rainforests, and also grasslands.

“Wow, I’ve never seen a wolfie rear up like that before!” another person commented, while a third added: “These wolf spiders take such good care of their young, don’t they”.

Her striking photos garnered a mix bags of reactions from social media users, with some describing the snaps as "incredible" and "beautiful", while other branding them "scary".

“Damn that’s scary still — even without the 300 babies that could crawl all over me," one commented. 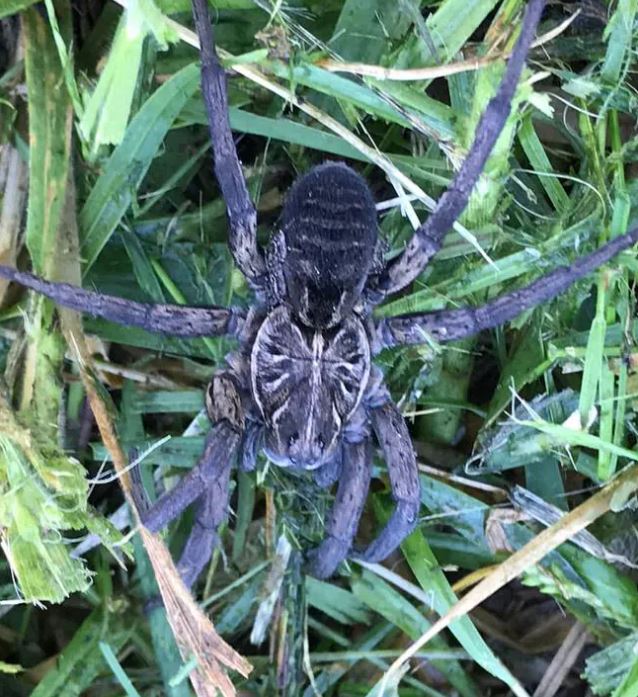 " Just made me shiver and wipe my arms.”

According to Australian Museum wolf spiders are one of few spiders who show “such a high degree of parental care”, with females often carrying their babies on their backs.

Spider enthusiast, Ben Shoard, of Goulburn, shared a post explaining wolf spiders are robust, agile hunters that live on the ground and are often found in lawns and gardens.

“Many of the species are very common, feeling quite at home in open lawns and gardens," he said.

"At night, if using a head torch, it is possible to see the blue reflections of their eyes shining back at you."

Mr Shoard said that the “most reliable identifying feature for wolf spiders is their eyes”.

“The top four eyes basically form a square when viewed from directly above, with two large eyes facing more or less directly forward and two sitting behind them," he added.

It comes after a bushwalker had a similar shock when they spotted a monstrous wolf spider with dozens of babies on her back in Victoria.