Dicken Muchena, 27, caught the nerve-shredding encounter on camera as he and three friends came within yards of the beast. 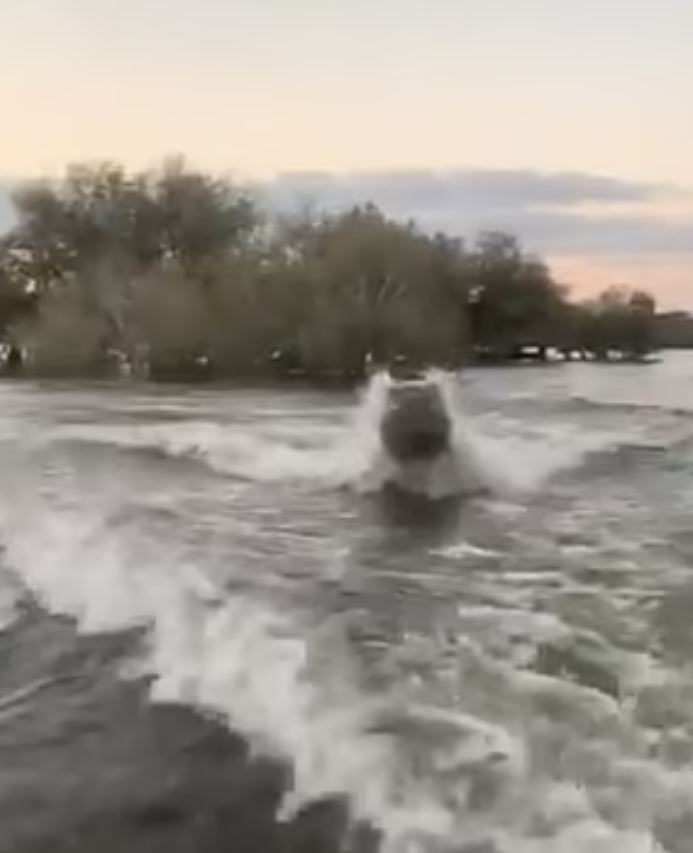 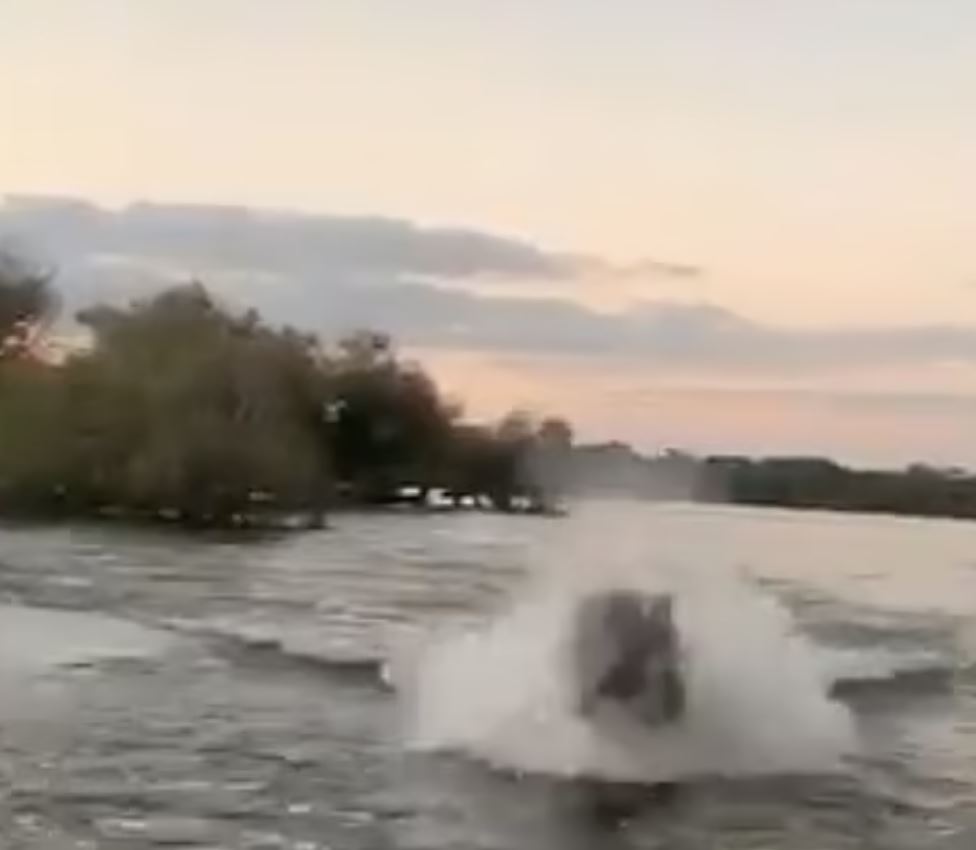 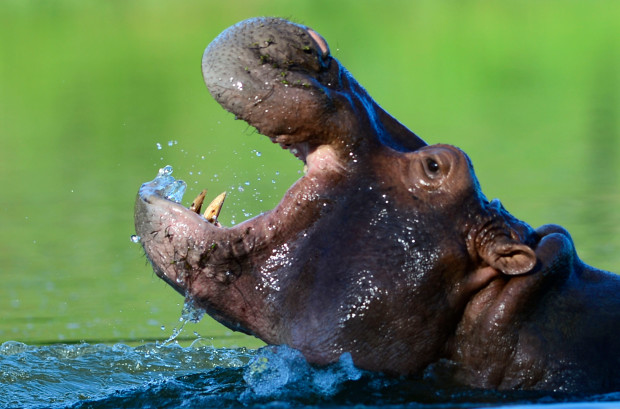 The hippo had taken chase after the boat strayed into its waters nearly getting within touching distance of the frightened tourists.

Chilling footage shows the massive beast dropping its head below the water from a distance, but within seconds the giant resurfaces within metres to the boat.

The shocking incident took place on Friday morning on Lake Victoria in Kenya.

Dicken said: "We knew that the area was a harbour for hippos, and we wanted to set out to try and get some photos of them. 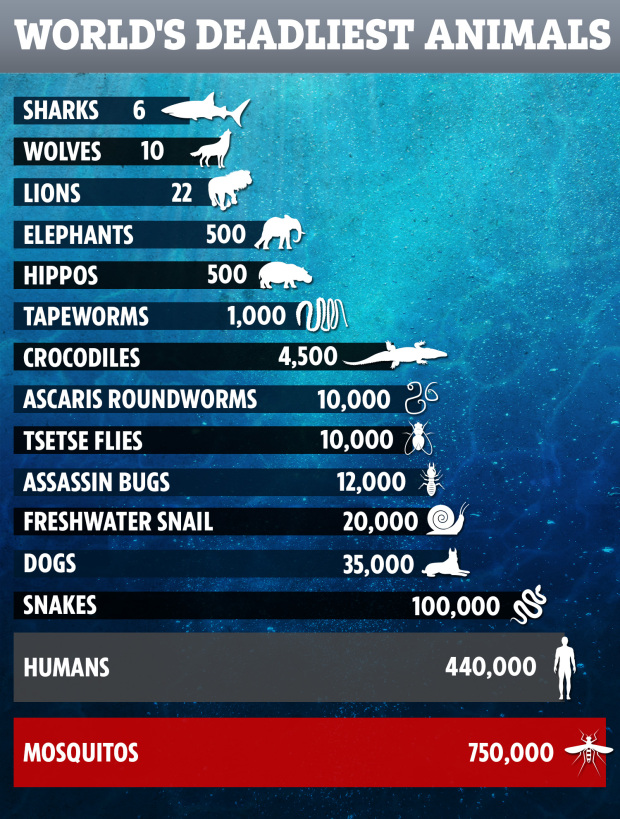 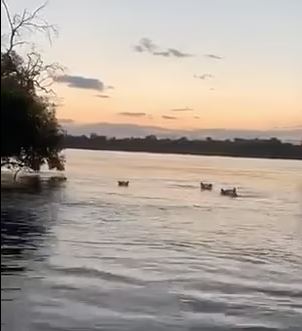 Hippos are considered one of the most dangerous animals on the African continent.

On average, they are responsible for the deaths of around 500humans every year.

Despite being herbivores, the beasts will kill any intruders within their territory.

Hippos can measure up to five metres in length and can weight a staggering 1,500kg.

"Knowing full well that they are killer animals, we gave them a wide path and avoided getting too close.

"There were at least six hippos in that area, and many others on various other parts of the lake.

"However, as we were leaving, a huge, agitated hippo appeared from nowhere and charged at us, seemingly with savage motives.

"We never expected such a reaction, because it is quite a rare thing.

"It was lucky we were in a speedboat. After being charged at for at least four minutes, we could no longer see the animal trails, and we rushed to safety on shore.

"It was a narrow escape," Dicken added.