BANGKOK (Reuters) – About 1,200 Thai royalists gathered on Sunday to support the monarchy after almost daily student-led, anti-government protests calling for change, with some seeking reforms of the powerful institution. 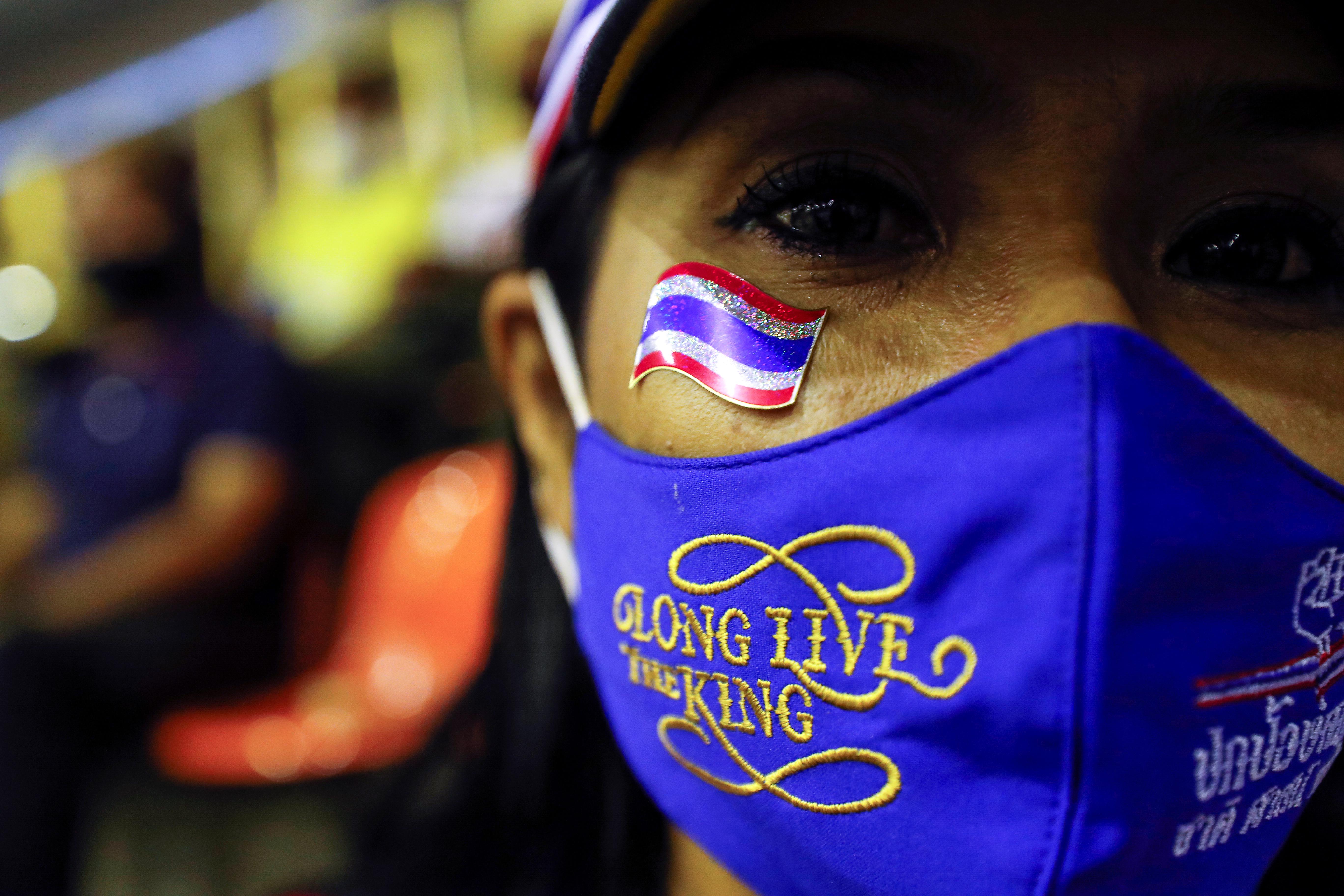 Waving national flags and holding pictures of King Maha Vajiralongkorn, the group of mostly older people, called “Thai Pakdee” (Loyal Thai) many in yellow and some in white, urged Thais to protect the monarchy and the country.

Rallying in an indoor sports stadium in the capital Bangkok, some had “We Love The King” written on their bandannas while others held placards with messages such as “Save the Nation”, “Don’t Bully Loyalists” and “Topple the institution – over my dead body”.

“The point of our group is to protect the monarchy with knowledge and facts,” said prominent right-wing politician Warong Dechgitvigrom, who launched the group this month as he felt the monarchy was under attack.

“We insist that the country’s conflicts stem from politicians,” he told reporters. “The monarchy institution has no part in governing the country. The institution is the morale support that connects the people together.”

Demonstrator Somporn Sooklert, 63, said, “I want the new generation to appreciate the country, religion and monarchy as much as they can because without any one of them, the country will not be able to survive”.

The gathering follows over a month of protests led by students calling for the ouster of Prime Minister Prayuth Chan-ocha, a former coup leader, a new constitution and fresh election, with some drawing more than 10,000 protesters.

Some of those demonstrators have openly called for reforms of the monarchy, a taboo topic in a country with laws that punish perceived royal insults with up to 15 years in prison.

Thai Pakdee has also set three demands: No dissolution of parliament, maximum legal action against anyone who seeks to topple the monarchy, with no change to the constitution except via the “proper channel”.

Prayuth warned last week that the country could be “engulfed in flames” if divisions persist.