A Florida man whose wife disappeared while they honeymooned at sea has been sentenced to eight years in federal prison for her death.

Lewis Bennett, 42, pleaded guilty in November 2018 to involuntary manslaughter for the death of his wife, Isabella Hellman, 41.

Hellman disappeared as the couple sailed off the Bahamas while on their honeymoon on May 14, 2017.

Bennett, a mining engineer, insisted he left Columbia-born Hellman on deck when he went down to the boat’s cabin to sleep at around 8 pm that night. 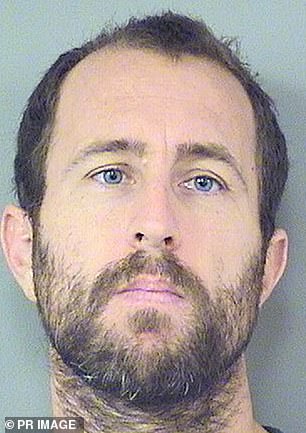 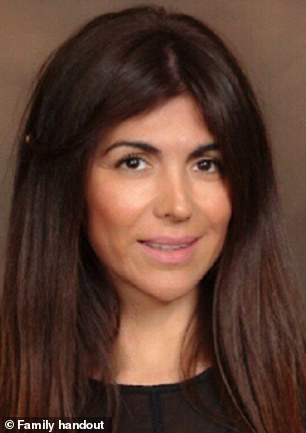 Lewis Bennett, (left), has been sentenced to eight years in prison for the death of his wife Isabella Hellman, (right). She disappeared at sea when the couple were honeymooning off the coast of the Bahamas in May 2017 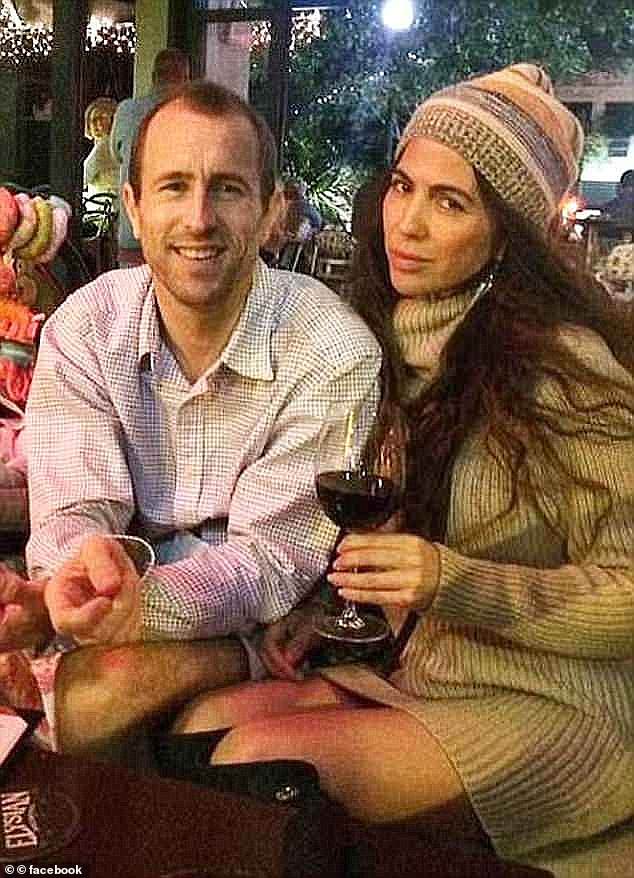 Lewis Bennett, 42, pleaded guilty in November 2018 to involuntary manslaughter for the death of his wife, Isabella Hellman, 41

He said he woke up when the craft hit something, and Hellman was missing.

Bennett’s attorneys sought a 7-year sentence but the judge went with the maximum number of years spelled out in a plea agreement on an involuntary manslaughter charge reached last November.

The couple have a daughter named Emilia who turns three in July and is being by raised by his parents in Scotland.

Bennett, who is British-Australian, will be on three years of supervised release when his sentence ends. Hellman’s family claimed they were ‘satisfied’ with the sentence handed down to her husband.

Their attorney Mitchell Kitroser said on Tuesday the family is hoping this is the first of many visits to come. Kitroser said Hellman’s relatives have forgiven Bennett.

Sentencing judge, U.S. District Judge Federico Moreno, had the options either of seven or eight years for Bennett, who turned 42 in April. He could have received a life term on the original murder charge.

In remarks before the court, Bennett expressed his ‘sincerest regrets’  to Hellman’s family and asked Moreno ‘to permit me to be with my daughter as soon as possible so I can raise her to my wife’s wishes.’ 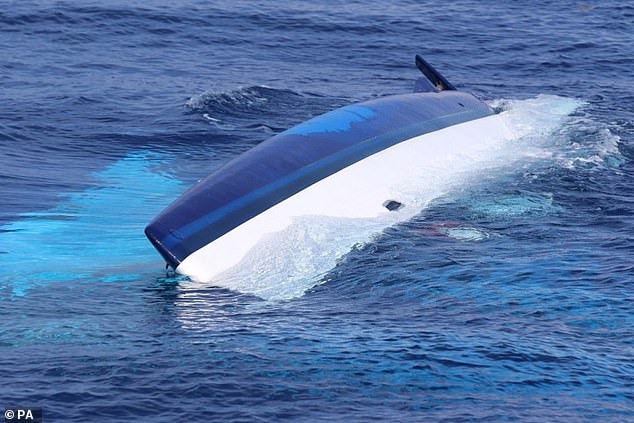 The FBI said holes in the hull of the newlyweds’ 37-foot catamaran, Surf into Summer, were inflicted from the inside, and hatches were opened in a deliberate attempt to sink the boat

The boat had left Havana, Cuba, and was sailing around Cay Sal in the Bahamas when he went below deck to sleep, leaving her at the helm.

Bennett, who has dual British-Australian citizenship, was found alone in a lifeboat packed with food, water, and suitcases filled with $100,000 worth of stolen coins.

He repeatedly claimed he was asleep below deck and discovered his wife missing when their 37-foot catamaran, Surf into Summer, took on water and partially sank.

Bennett made an SOS call and claimed the vessel struck an unknown object while he was in a cabin inside the vessel.

He was rescued by the US Coast Guard between Cuba and the Bahamas. Authorities searched for Hellman for four days, but never found her body. 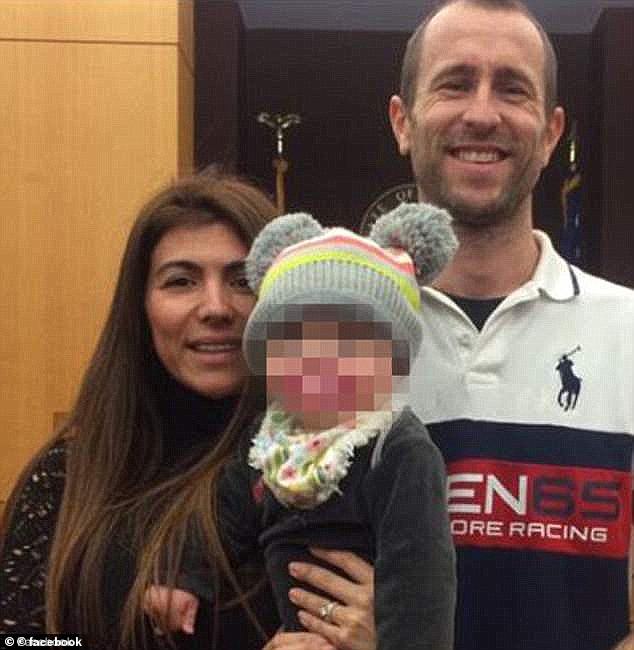 A judge ordered that $18,000 from Hellman’s estate be placed in a trust fund for her and Hellman’s daughter, Emelia (pictured, who turns three in July) 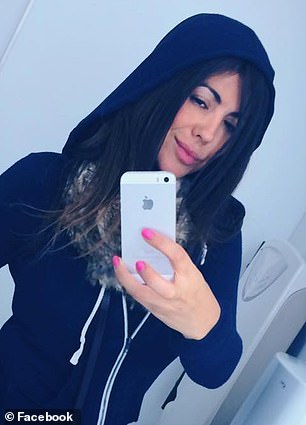 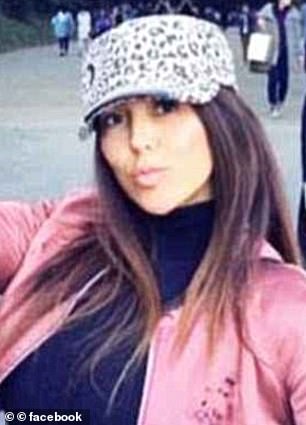 Hellman’s body was never recovered. Investigators believe Bennett sabotaged the boat to inherit his wife’s estate and to free himself of ‘martial strife’

The FBI, while never explicitly saying how they agency believed Bennett killed his wife, alleged he staged her death to look like an accident, according to the Palm Beach Post.

A complaint alleged Bennett poked holes in both of his catamaran’s hulls from the inside and popped open two portholes below the water line.

It claimed that he admitted doing almost nothing to rescue his wife, and instead had loaded a life raft with food, water, a satellite phone and a homing device.

After returning to the US, Bennett immediately took the couple’s daughter to Scotland where his family lives, refusing to let Hellman’s family see the child. 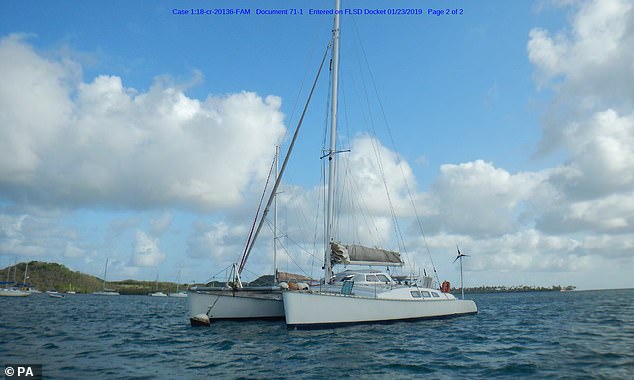 The FBI, while never explicitly saying how they agency believed Bennett killed his wife, alleged he staged her death to look like an accident. An image shows the 37-foot catamaran ‘Surf Into Summer’ belonging to Lewis Bennett before it sank 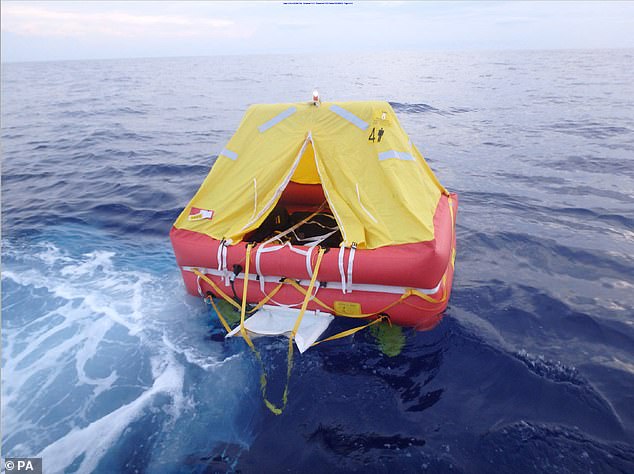 He then filed a motion with Florida courts asking for his wife to be declared dead and possession of the Delray Beach condo in her name be given to him. A judge rejected the motion.

Prosecutors claimed the couple’s ‘marital strife’ was a motive for the alleged murder, along with his alleged desire to inherit her estate.

‘Hellman’s murder would remove the marital strife from the defendant’s life, allow the defendant to live his life as he pleased, and would enable him to inherit money from Hellman’s estate,’ a prosecutor previously said.

Text messages from Hellman said she noticed a change in Bennett’s behavior after Emelia was born in 2016 and he became very angry with her. 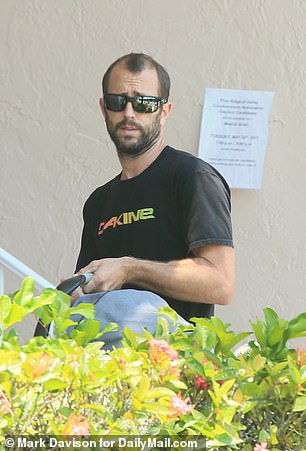 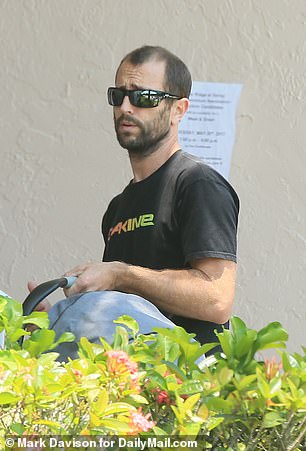 Lewis Bennett told DailyMail.com he had ‘nothing to hide’ shortly after his wife’s death. He is pictured here at the apartment he and his wife bought in Del Ray Beach in May 2017 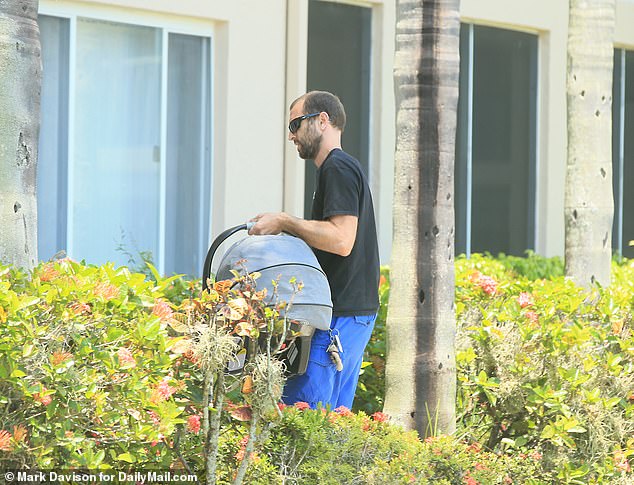 Bennett is pictured here carrying their daughter, then nine months, inside the Del Ray Beach apartment he shared with his wife days after her death

One of the texts sent by Hellman to Bennett, included in court documents, said: ‘Sometimes I can be a pain in the a** and more but you need to change your attitude… you make me crazy shouting, yelling, swearing… YOU ARE PUSHING ME AWAY.’

Bennett is said to have thought the baby had come at the ‘wrong time’ and was ‘super angry’ about the spelling of the child’s name.

In August 2017, Bennett was arrested and charged with second-degree murder, but last fall he agreed to plead guilty to the less charge of involuntary manslaughter. 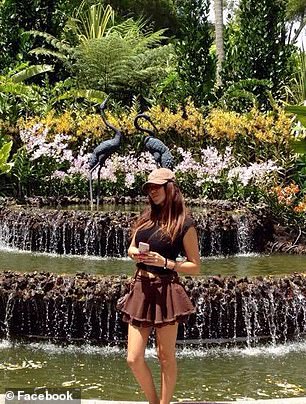 Prosecutors claimed the couple’s ‘marital strife’ was a motive for the alleged murder, along with his alleged desire to inherit Isabella’s estate

Bennett spoke for the only time to DailyMail.com back in 2017 and insisted he was innocent and had ‘nothing to hide.’

He revealed he had made a trip to Cuba last week to try to find out if his wife had been found and taken there because of its proximity.

He said: ‘This is absolutely devastating for me. She is my soul mate. I thought we were going to be together forever.

‘I had been with Isabella for four years. We were looking forward to our life together.

‘We have got a daughter. We were planning a great life together and now I am alone without her. I loved her very much… we’ll just have to see.’

Asked if it was any suspicion that he had harmed his wife that was fueling the investigation, he said: ‘They haven’t accused me of anything. Nobody has put that allegation directly against me.’

Bennett also had tens of thousands of dollars in coins in his possession when he was rescued. 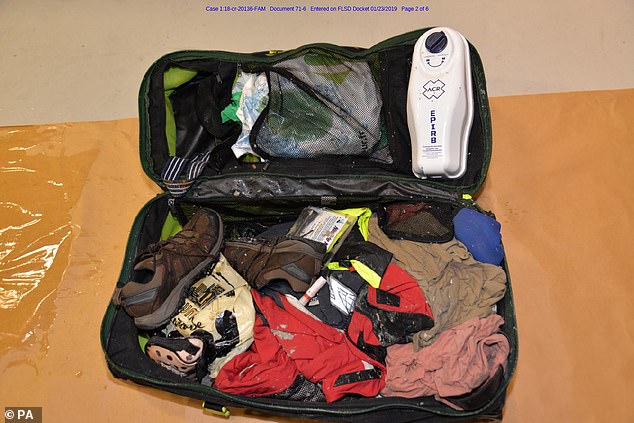 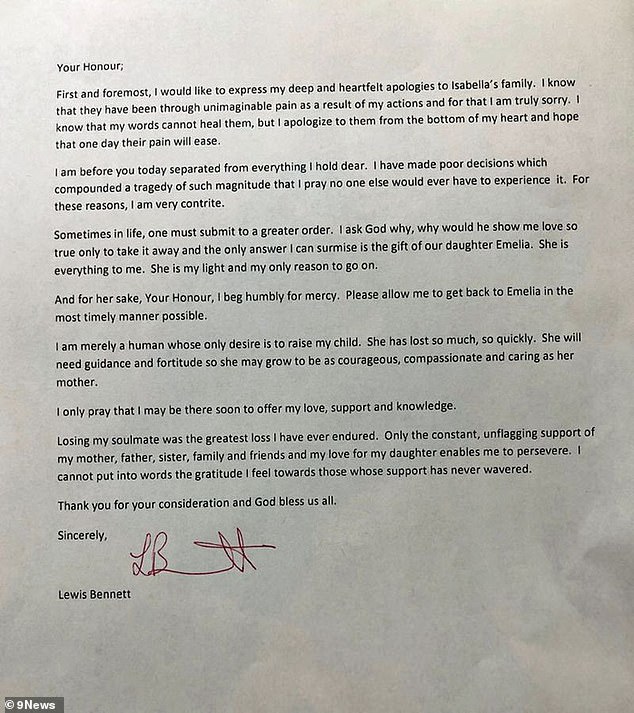 The disappearance of the coins led to his initial arrest in August 2017 and later his conviction on a charge of transporting stolen items.

Authorities believe he stole them while he worked as a mate aboard a yacht in the Caribbean.

Bennett renounced all entitlements to his wife’s modest estate as part of his plea deal. A court in the United Kingdom declared Bennett’s parents as Emelia’s representatives.

The judge also ordered that $18,000 be placed in a trust fund for Bennett and Hellman’s daughter. The remaining money will go toward debts and defense attorney fees.