The dead include two children and a woman; Greek coastguard says it is unclear whether anyone is still missing. 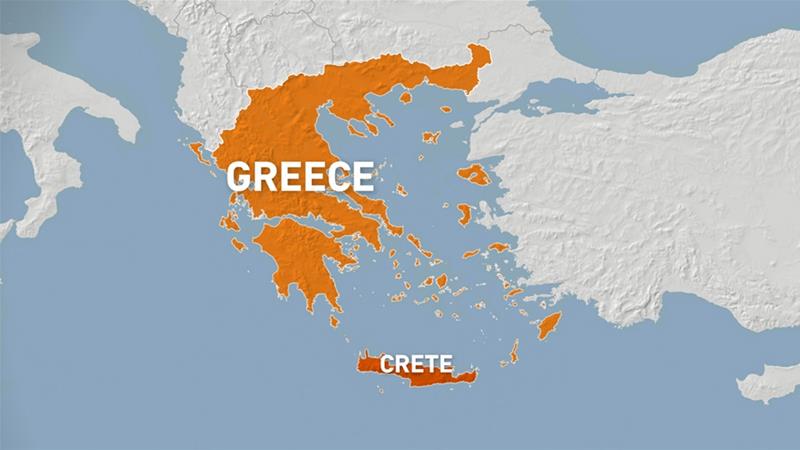 Three people have died while 53 others were rescued after a boat carrying migrants and refugees sank off the southern Greek island of Crete.

The dead included two children and a woman.

The Greek coastguard said on Monday that efforts continued deep into the evening to locate other people who might be in the water.

It said it was unclear whether anybody was still missing, as the survivors were not in a position to give accurate numbers of how many had been on board when the vessel went down.

Initially, a person claiming to be a passenger notified authorities by phone, saying that 16 people were on the vessel that sank 19km (12 miles) east of Crete amid high winds, the coastguard said.

A Greek naval frigate and an air force helicopter took part in the search, together with two coastguard boats and three merchant ships.

There was no indication where the vessel sailed from, how big it was or where it had been heading to.

Greece’s Aegean Sea islands are often the destination for thousands of migrants and refugees from the Middle East, Africa and Asia who cross from the nearby Turkish coast.

More than 74,500 migrants and refugees made their way to Greece in 2019, most of them by sea, according to the UNHCR, the UN refugee agency. Who should look after refugees displaced by Greece camp fire?