A THUG who dragged a mum from her car and drove away with her three screaming kids in the back has been jailed for six years and five months.

The woman’s daughters, aged four, five, and seven, cried out in terror as cocaine addict Ryan Fraser, 27, sped off in the black Ford Kuga telling them to "shut up". 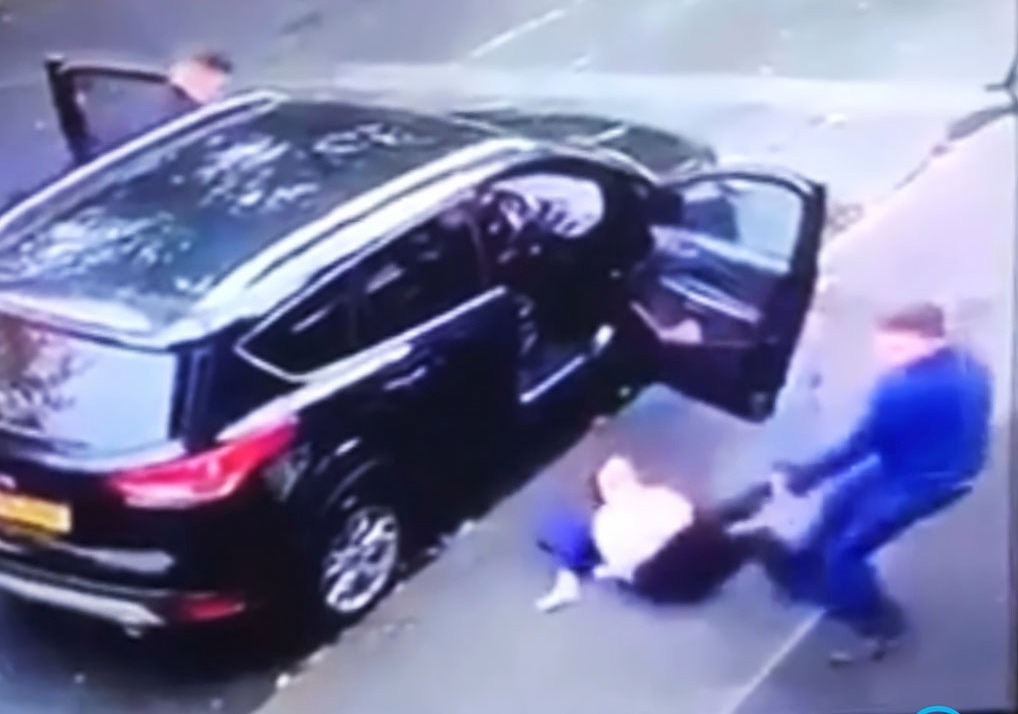 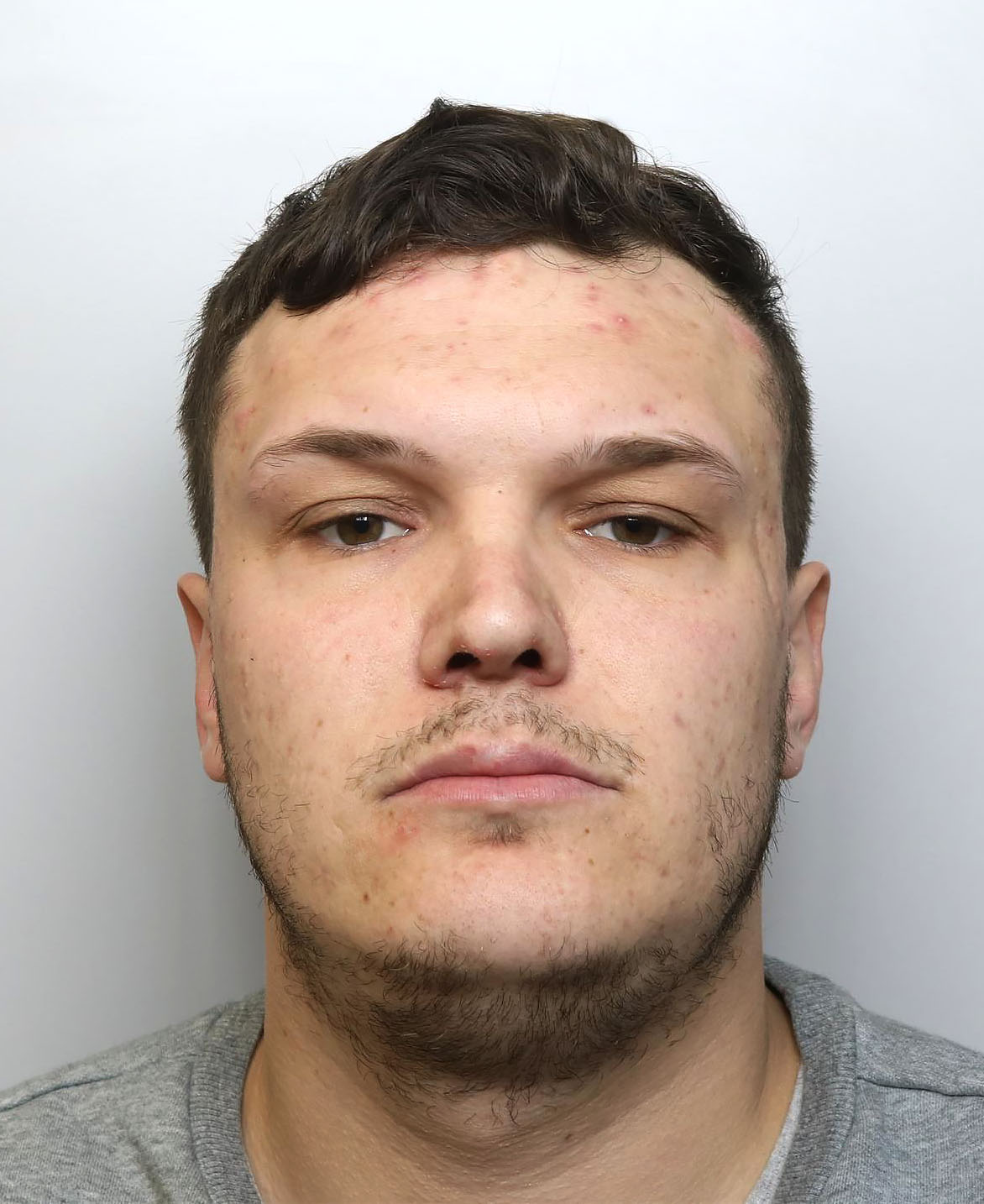 Fraser spotted the woman, aged in her 40s, getting out of her car outside a hairdressers in Armley, Leeds, West Yorkshire.

He dragged her away from the car, screaming in her face, and shoved her across the pavement onto the ground.

The children were screaming in the back of the car as she was pulled away by the ankles.

The brave mum got back on her feet and tried to stop the car from being driven away by holding onto the driver's door for as long as she could.

Accomplice Andrew Hall, in the passenger seat, pleaded with Fraser to pull over and let the children out.

The girls were dropped off outside a house a few hundred yards away around the corner.

An hour later, the car was dumped and torched by Fraser, his ex Nicole Swaine, and another woman, Rachel Barrow. 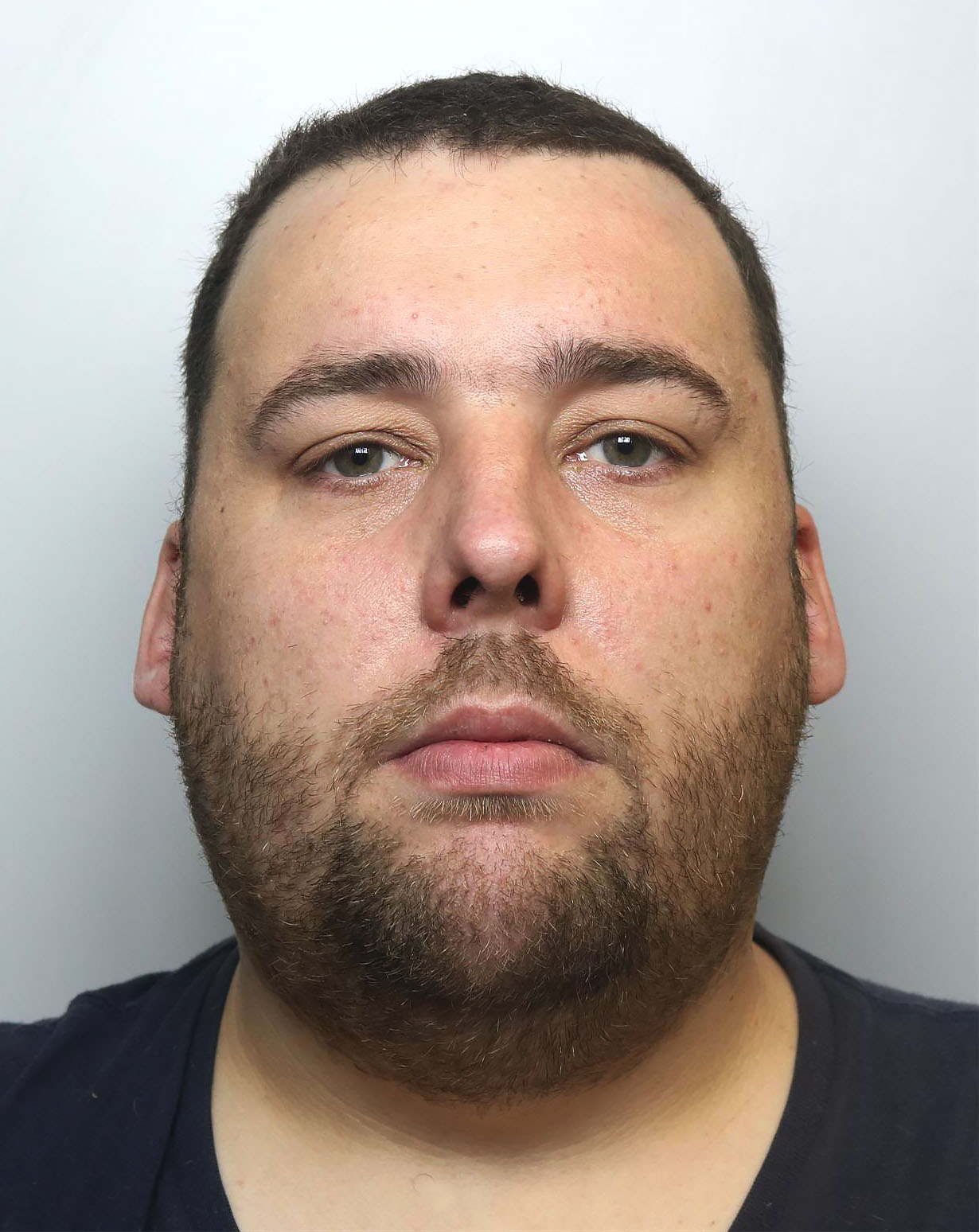 Prosecutor Kitty Colley said: "In those minutes, she had no idea what had happened to her children or what would happen to them."

The woman is still suffering back pain from the attack and fears she will never fully recover.

This worries her as she plans on raising the three young children she had been fostering, her personal statement added.

She said the children now have sleeping problems and the four-year-old girl told her: "I can't get them nasty men out of my mind."

She said she dreads going anywhere alone, is forever looking over her shoulder and plans where she is going to park.

Fraser admitted robbery, three offences of kidnap and one of arson on October 3 last year.

Hall, 34, of Rothwell, Leeds, was jailed for five years and six months after pleading guilty robbery.

Swaine, 23, was given a six-month suspended prison sentence.

"It was must have been very distressing for the victim who saw her three young children driven away.

"I can only imagine how scared and worried she was for their welfare."