A man has had his right arm and his left hand torn off by a tiger kept at a private zoo where he used to work in Vietnam.

Vo Thanh Quoi, 49, was found next to the tiger’s cage at the Zoo in the Southern Binh Duong province on Tuesday.

Speaking from a hospital bed, Quoi said the tiger bit his hand and went for the other one when he tried to rescue the first. It was not clear what prompted the attack. 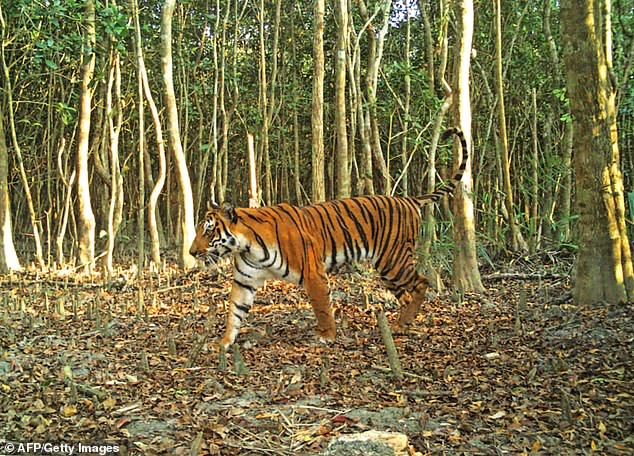 A doctor at the hospital said the tiger took off Quoi’s left hand, wrist and most of his right arm.

But the bleeding was stopped and ‘the critical period is over,’ doctor Nguyen Tan Hung told local media.

It is the second recorded tiger attack in three years in the province, where several farms raise the animals as pets.

With official permission, raising tigers as pets is legal in Vietnam, and there are an estimated 240 kept in homes and zoos across the country according to Education for Nature Vietnam (ENV) conservation group.

Vietnam is better known for its consumption of tiger remains in traditional medicine, as well as the use of tigers’ teeth and claws for jewellery.

Their bones are commonly boiled down and mixed with rice wine to make an elixir believed to treat arthritis and promote strength, which scientists have disputed.