BAGHDAD (Reuters) – Iraq’s top Shi’ite cleric on Monday expressed concern that the political elite is not serious about enacting reforms in the face of mass unrest and said protesters should not go home until concrete steps had been taken to meet their demands. 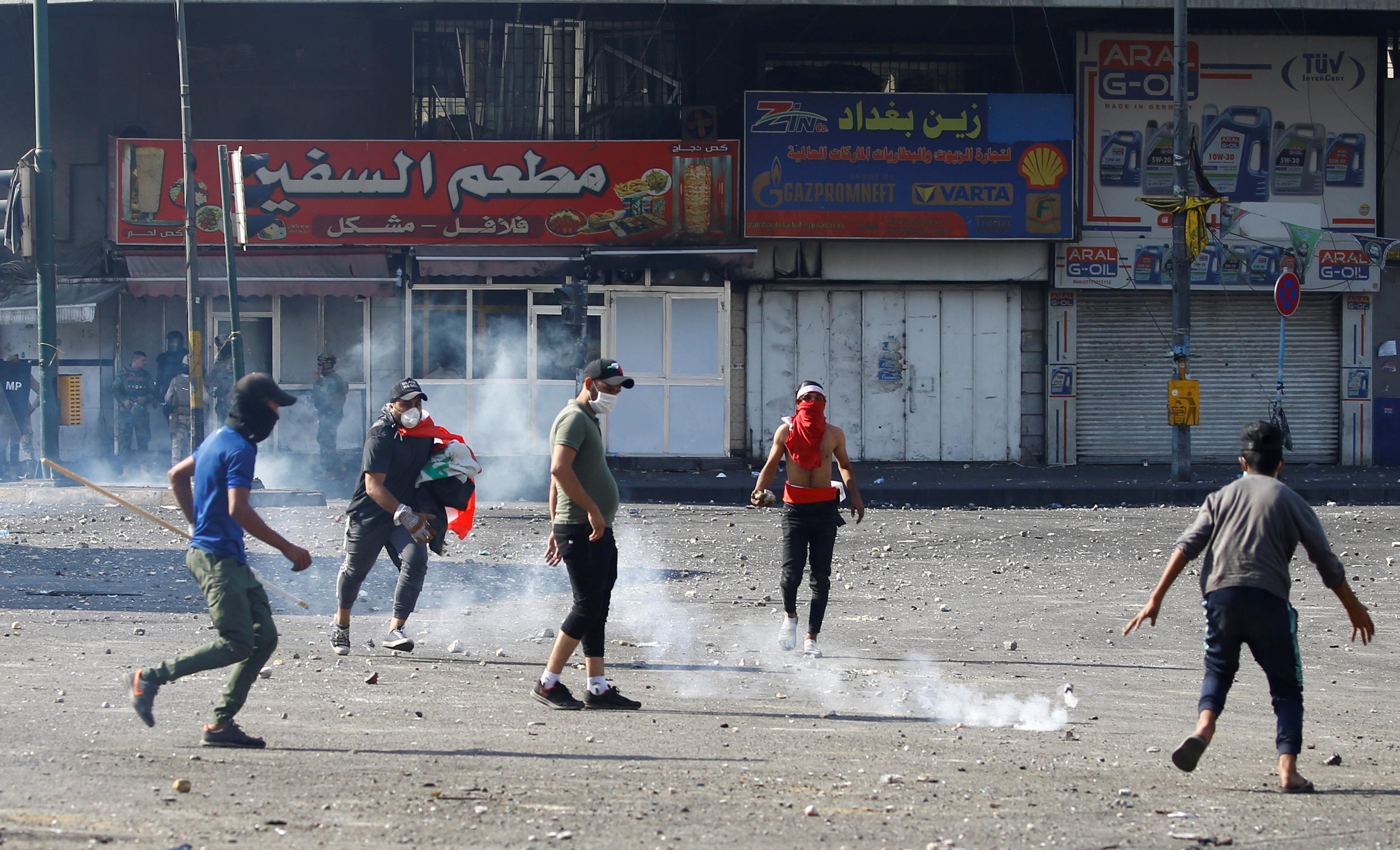 Security forces shot dead two protesters in the city of Nassiriya, bringing to 300 the number of people have been killed since protests against political corruption, unemployment and poor public services erupted in Baghdad on Oct. 1 and spread to the southern Shi’ite heartlands.

The government has failed to find an answer to the unrest among mostly unemployed young people who see no improvement in their lives even in peacetime after decades of war and sanctions.

Grand Ayatollah Ali al-Sistani, who only speaks on politics in times of crisis and wields enormous influence over public opinion in Shi’ite-majority Iraq, on Monday met Jeanine Hennis-Plasschaert, the U.N. mission chief in the country.

“His eminence made clear the importance of enacting serious reform within a reasonable time frame,” his office said.

These include the release of all detained peaceful protesters, investigations into killings of protesters, declarations of assets by political leaders to address graft accusations, corruption trials, electoral reform and constitutional changes to make leaders more accountable within the next three months.

Iraqi leaders agreed on Sunday that electoral reforms should allow more young people to participate in politics and break the monopoly on power of political parties, but Sistani cast doubt on their sincerity.

“He expressed his concern that the concerned parties are not serious enough about enacting real reforms,” his office said.

The unrest is the biggest and most complex challenge to the Iraqi political order since the government declared victory over Islamic State two years ago.

Government handouts for the poor, pledges to prosecute corrupt officials and create more jobs for graduates have failed to placate protesters, whose demands include a new electoral system and the removal of all current leaders.

“The security forces are dealing with us like they dealt with Daesh (Islamic State). They’re killing us in the same way,” said Abbas, 25, who sported a helmet and an Iraqi flag freshly painted on his arm.

He was one of thousands in and around Baghdad’s Tahrir Square, which has become the center of the uprising, packed with Iraqis from across sectarian and generational divides.

The square was less crowded on Monday, though tents were still pitched. A nearby street was packed with mostly young men, wearing helmets and makeshift body armor, who clashed with security forces in front of a burning building.

Tuk-tuks ferried dozens of wounded to nearby medical clinics, staffed by volunteers: some victims were unconscious, others spat up or choked on tear gas, others bled.

In the southern oil city of Basra, around 3,000 people gathered in front of the local government building and set up tents, but no violence was reported.

‘SHOOTING AT US DAILY’

Several protesters interviewed on Monday said Sistani’s agreement with the UN would be of little use unless politicians listened, which they doubted.

“We’ve been asking for the UN to intervene because we don’t know where else to turn, but what can they do? The politicians are all trying to save themselves, and not even the UN can stop them,” said 24-year-old Zaid.

“The UN blamed them for killing us, but the Iraqi security forces are still shooting at us daily.” 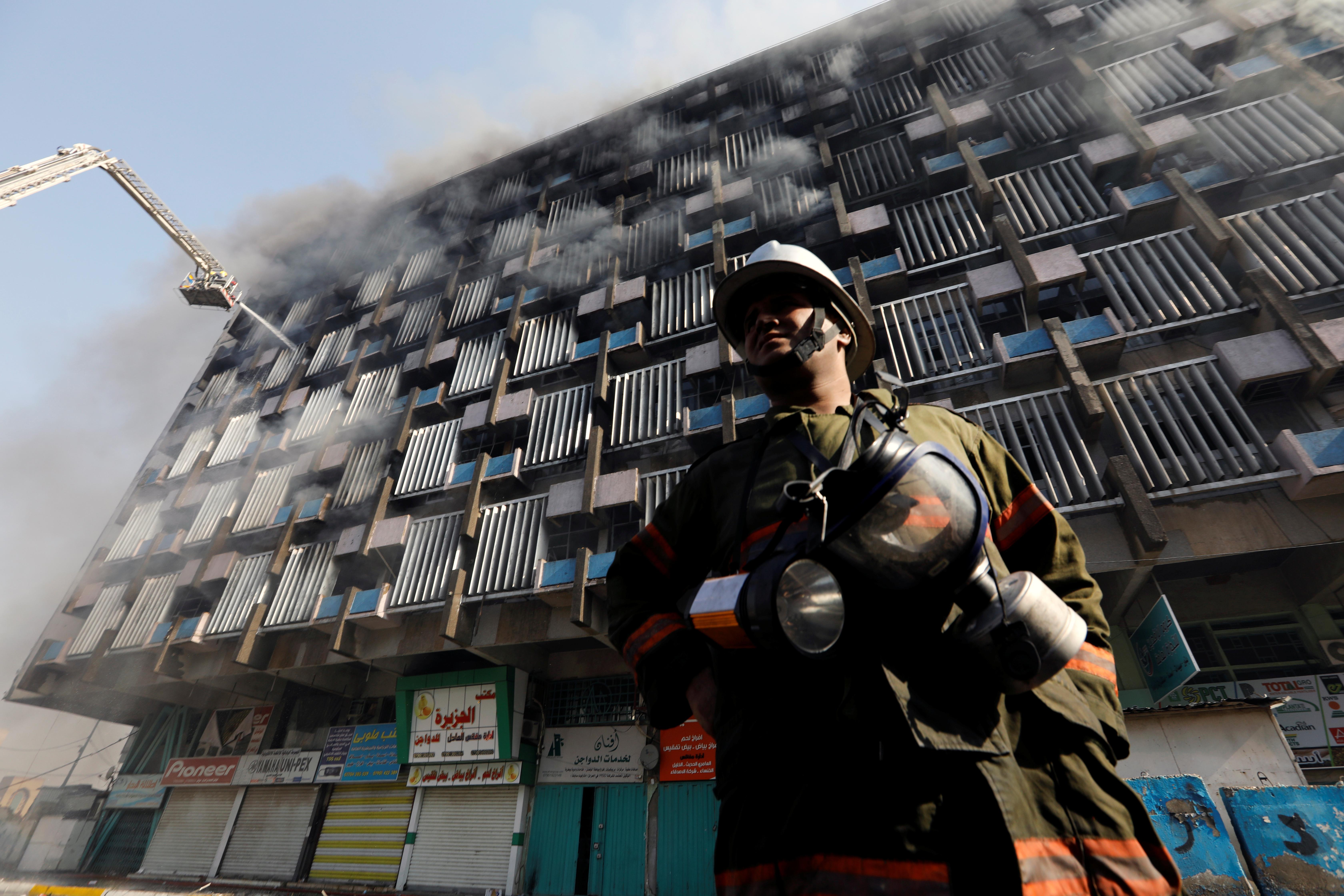 Washington also welcomed the UN plan, but protesters did not welcome that. They perceive Iraq’s leaders as subservient to one of the country’s two main allies, the United States and Iran.

“The United States joins the U.N. Assistance Mission to Iraq in calling on the Iraqi government to halt the violence against protesters and fulfill President (Barham) Salih’s promise to pass electoral reform and hold early elections,” the White House press secretary said in a statement.

“I lost my son in a protest last week – they murdered him,” said one man, his voice cracking. “We don’t want anyone to get involved – not the United Nations, not Iran, not America. We just want them to go! Why won’t they go?”