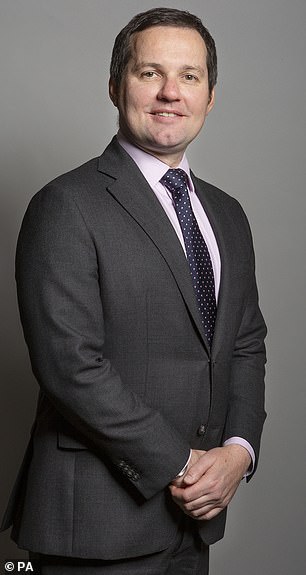 Chris Green, pictured, MP for Bolton West and Atherton was the parliamentary private secretary for the leader of the House of Lords, Baroness Evans

A Consevative MP from Greater Manchester has resigned from the government in opposition to Boris Johnson’s Covid-19 approach.

Chris Green, who is the MP for Bolton West and Atherton was the parliamentary private secretary for the leader of the House of Lords, Baroness Evans.

It is the second time Mr Green has resigned from government having earlier quit in 2018 over Brexit.

A PPS does not receive any additional pay above their parliamentary salary.

Writing to the PM, Mr Green claimed the ‘attempted cure is worse than the disease’.

He wrote: ‘There is a healthy debate on how we can eliminate this coronavirus or how we can live with it and this is being led by many distinguished academics, epidemiologists and other specialists.

‘I believe that there are better alternatives to the Government’s approach, so I therefore tender my resignation.’

Mr Johnson has announced a three tier Covid monitoring system but has so far rejected calls to implement a short ‘circuit breaker’ lockdown across England to provide some respite against the virus.

Labour leader Sir Keir Starmer said he would support the government if they were to announce a two to three-week national lockdown over the half term to improve test and trace and prevent a ‘sleepwalk into a long and bleak winter’.

He told a televised press conference that Mr Johnson was ‘no longer following the scientific advice’ by proposing ‘far less stringent restrictions’ than suggested by the Scientific Advisory Group for Emergencies (Sage).

Sir Keir said: ‘There’s no longer time to give the Prime Minister the benefit of the doubt. The Government’s plan simply isn’t working. Another course is needed.’

He said schools must stay open but that all pubs, bars and restaurants should be closed during the circuit-breaker, while firms are compensated so ‘no business loses out’ in order to ‘break the cycle’ of infection.

‘If we don’t, we could sleepwalk into a long and bleak winter. That choice is now for the Prime Minister to make. I urge him to do so,’ Sir Keir said. 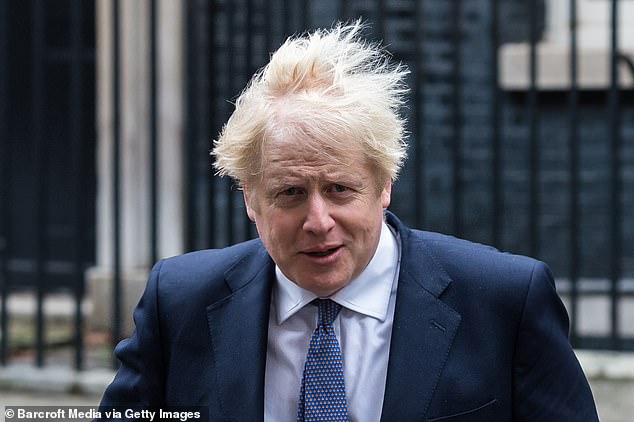 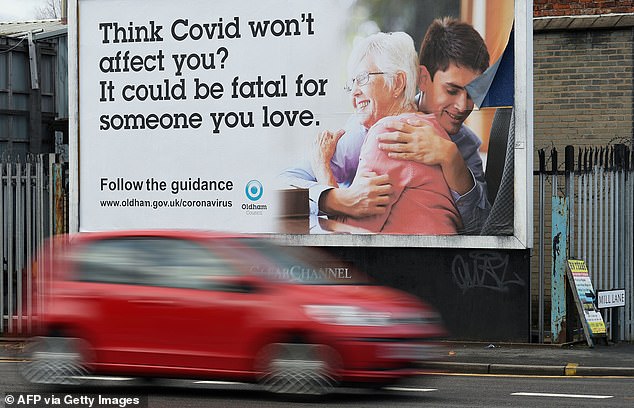 In the documents from September 21, the scientists also criticised the Government’s £12 billion test and trace system as only having a ‘marginal impact’ on Covid-19 transmission.

Sir Keir said the national lockdown would ‘reverse’ rising infection rates and allow ministers to ‘rectify’ some of their mistakes by handing over test and trace to local authorities.

But he acknowledged it would ‘require significant sacrifices’ including curbs on household mixing and a ban on all but essential work and travel.

Amid increasing unrest on the Tory backbenches, Sir Keir said Labour would support the Government in voting for the measure to stop him needing to ‘balance the needs of your party against the national interest’.

Senior Tory Sir Bernard Jenkin said the local advice in his Harwich and North Essex constituency was that a ‘short, sharp, shock’ would be the best way of tackling the pandemic.

The chairman of the Commons’ powerful Liaison Committee told Times Radio: ‘If we nipped it hard now, we would be well back to manageable levels before Christmas. If we leave it for another five or six weeks, then… the tail of the bell curve goes well into January.’

‘And in addition, then, harder economic measures would inevitably be needed to get it under control and needed for longer,’ he said. 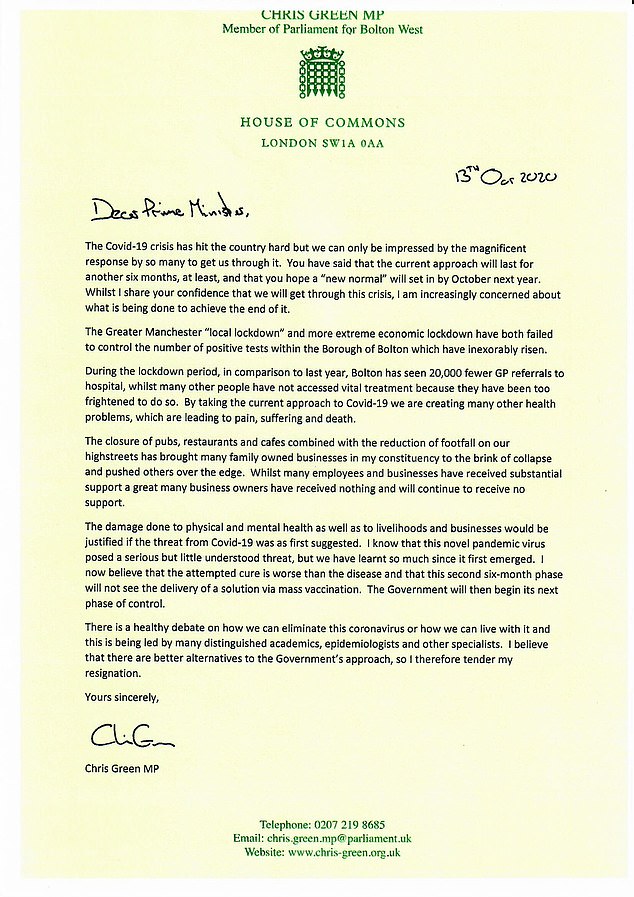 The Sage document, dated September 21, said a package of interventions was needed to reverse the ‘exponential’ rise in cases.

The scientists set out interventions that should be considered for ‘immediate’ introduction, including a short national ‘circuit-breaker’ lockdown.

Downing Street issued a lengthy defence for not adopting the measures, saying the scientists agree that the economic impacts and harms of restrictions must also be considered.

Pressed on whether Mr Johnson was no longer following the science, the Prime Minister’s official spokesman said: ‘The Government receives advice from a wide range of scientific experts and also from economists but it’s ultimately for ministers to make decisions.’

The spokesman insisted ‘robust and targeted’ action was taken last month with the rule of six and the 10pm curfew, while the public was asked to work from home if they can.

The row came as No 10 warned regional leaders resisting entering the highest level of Mr Johnson’s restrictions that the Government has the power to ‘impose’ the measures.

So far, only the Liverpool City Region has agreed to sign up to Tier 3 restrictions, banning household mixing indoors and closing pubs unless they can operate as restaurants.

The spokesman declined to say which areas in the north and Yorkshire and Humber that the Government still wants to accept the severest restrictions.

But he added: ‘The Government does have the ability to impose measures if it’s considered that’s what’s needed to reduce transmission, to safeguard the NHS and to save lives.’

Mr Johnson on Monday set out the new system in England which will see areas put into different categories labelled as medium, high or very high risk.

The medium level maintains current national restrictions, high-risk areas will see households banned from mixing indoors, and the third tier will see harsher restrictions including the closure of pubs – unless they can operate as a restaurant.

Scotland’s First Minister Nicola Sturgeon said England’s tiered system would ‘give an idea’ of a similar scheme she is developing, which could come into effect when stricter measures are due to be eased on October 25.

Welsh First Minister Mark Drakeford said he was ‘deeply disappointed’ that Mr Johnson had not imposed an outright ban on travel from ‘very high’ alert areas and is considering whether to take further action – which could include effectively closing the border.

In Northern Ireland, regulations currently prevent mixing of households, with exceptions for those ‘bubbling’ with another household, and up to six people from up to two households can meet outdoors in a private garden.

The Covid-19 crisis has hit the country hard but we can only be impressed by the magnificent response by so many to get us through it. You have said that the current approach will last for another six months, at least, and you hope a ‘new normal’ will set in by October next year. Whilst I share your confidence that we will get through this crisis, I am increasingly concerned about what is being done to achieve the end of ot.

The Greater Manchester ‘local lockdown’ and more extreme economic lockdown have both failed to control the number of positive tests within the borough of Bolton which have inexorably risen.

During the lockdown period, in comparison to last year, Bolton has seen 20,000 fewer GP referrals to hospital, whilst many other people have not accessed vital treatment because they have been too frightened to do so. By taking the current approach to Covid-19 we are creating many other health problems, which are leading to pain, suffering and death.

The closure of pubs, restaurants and cafes combined with the reduction of footfall on our highstreets has brought many family owned businesses in my constituency to the brink of collapse and pushed others over the edge. Whilst many employees and businesses have received substantial support a great many business owners have received nothing and will continue to receive no support.

The damage done to physical and mental health as well as to livelihoods and businesses would be justified if the threat from Covid-19 was as first suggested. I know that this novel pandemic virus posed a serious but little understood threat, but we have learnt so much since it first emerged. I now believe that the attempted cure is worse than the disease and that this second six-month phase will not see the delivery of a solution via mass vaccination. The Government will then begin its next phase of control.

There is healthy debate on how we can eliminate this coronavirus or how we can live with it and this is being led by many distinguished academics, epidemiologists and other specialists. I believe that there are better alternatives to the Government’s approach, so I therefore tender my resignation.