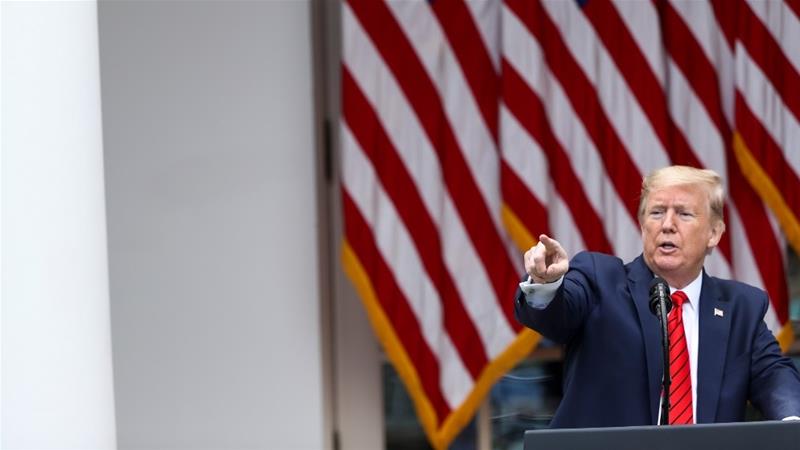 Here are the latest updates.

Brazil’s confirmed cases of coronavirus surpassed Germany on Tuesday as the country recorded 881 deaths in 24 hours – the highest since the outbreak began.

The country’s president, Jair Bolsonaro, has sought to downplay the disease and is now battling with state governors over a presidential decree he signed on Monday designating beauty salons and gyms as “essential” services that would allow them to open during lockdowns.

At least 10 governors have said they will not comply with Bolsonaro’s decree.

“Bolsonaro is walking towards the precipice and wants to take all of us with him,” Rio de Janeiro Governor Wilson Witzel wrote on Twitter.

Americans have become more critical of President Donald Trump over the past month as the coronavirus outbreak in the country has deepened, according to a survey released on Tuesday.

A Reuters/Ipsos opinion poll shows 56 percent of those surveyed now disapprove of Trump, up five points from a similar poll in mid-April. Trump’s approval rating slipped four points to 41 percent.

It also found that 46 percent of registered voters would back Democratic challenger Joe Biden in the November 3 election, while 38 percent would vote for Trump.

Read all the developments from yesterday (May 12) here.