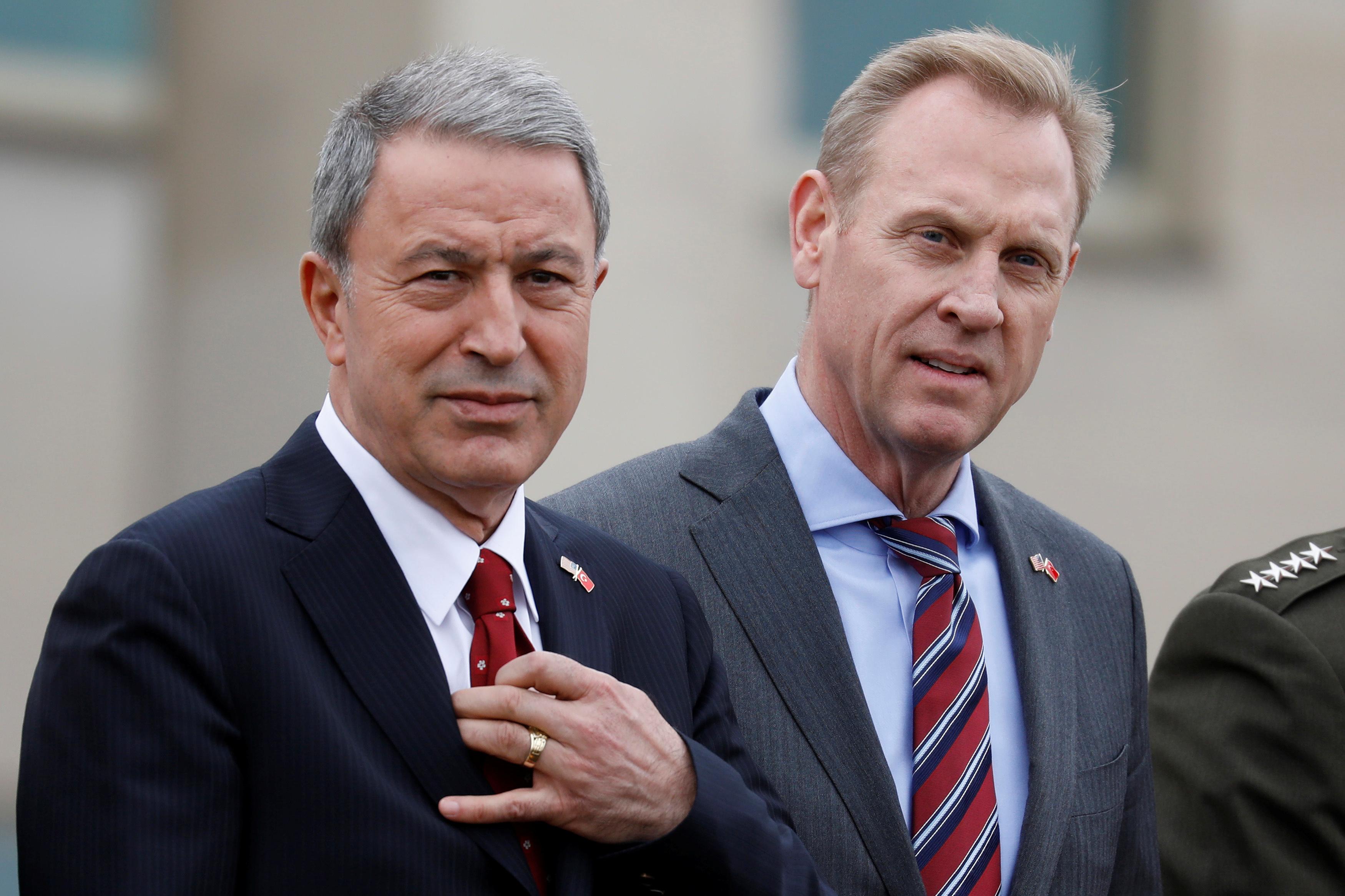 ISTANBUL (Reuters) – Turkey on Wednesday criticized a letter from Washington on Ankara’s eventual removal from the F-35 fighter jet program, saying the language used did not suit the spirit of alliance between the two NATO allies.

Writing to Turkish Defense Minister Hulusi Akar last week, U.S. acting Secretary of Defense Patrick Shanahan outlined how Turkey would be pulled out of the F-35 program unless Ankara changes course from its plans to purchase the Russian S-400 missile defense system.

Akar, cited by his ministry in a statement, said Ankara was working on a response to the letter and that it would be sent to the United States in the coming days.

He added that he was set to speak with Shanahan by phone and that they would meet in person at a NATO meeting at the end of the month. “In the contacts we will make, whether via mail or a meeting in person, all topics are on the table and we are continuing to openly and clearly express… our known views.

“We will continue to maintain the same attitude and stance.”

In what has become a major point of disagreement between the NATO allies, the United States has long pushed Turkey to stop its purchase of the Russian S-400s, saying the system would compromise the F-35s.

Turkey has repeatedly said the purchase of the missile system was a “done deal”. Ankara has proposed that the two allies form a working group to assess the impact but says it has yet to hear back from Washington.

Russia said on Tuesday it plans to deliver its S-400s, which are not compatible with NATO systems, to Turkey in July, setting the clock ticking on a U.S. threat to hit Ankara with sanctions if it goes ahead with the deal.