SEOUL (Reuters) – The U.S. point man for North Korea met with South Korean officials in Seoul on Wednesday for wide-ranging talks, overshadowed by Pyongyang’s insistence that it has no intention of returning to denuclearisation negotiations any time soon. 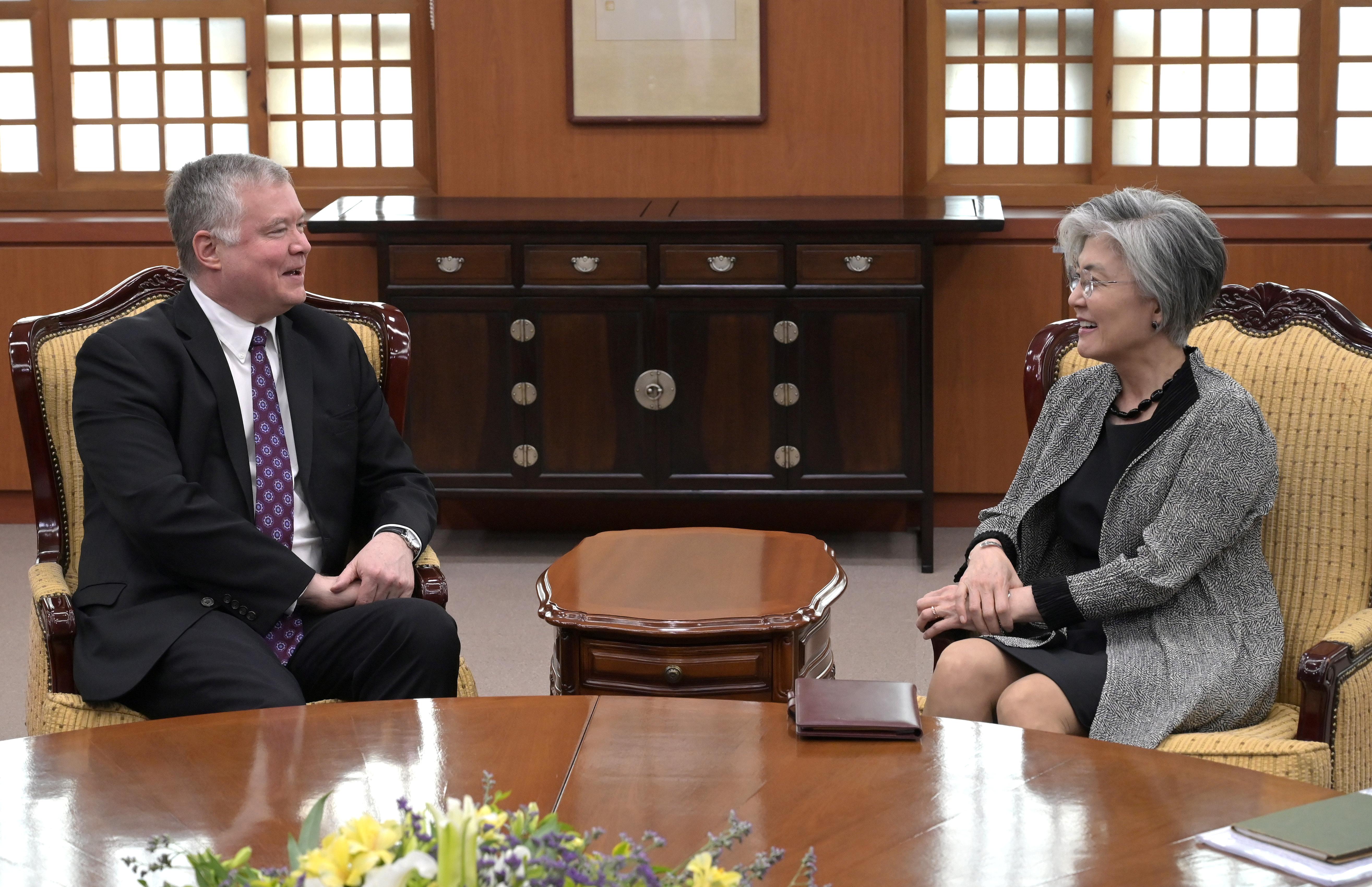 Talks will likely cover a range of issues, including coronavirus responses and ongoing negotiations over military cost-sharing, but North Korea is expected to dominate the agenda, Seoul officials said.

In a brief conversation before their closed-door meeting, Kang told Biegun he had come at an important time for political developments and also after South Korean President Moon Jae-in recently reshuffled some of his senior North Korea policy aides.

Talks with Pyongyang have since stalled, and North Korean officials say the country has no intention to sit down with the United States.

Moon’s call for a new Trump-Kim summit and Biegun’s visit had sparked speculation of a last-ditch effort to try to revive North Korea talks ahead of the U.S. presidential election in November.

But Biegun has previously played down the likelihood of another in-person summit between Trump and Kim, saying the coronavirus pandemic made arranging such an event unlikely before the election.

Upon arrival in South Korea on Tuesday, Biegun and the entire U.S. delegation, as well as the American military air crew who piloted their aircraft, underwent tests for COVID-19 at the U.S. military base in South Korea where they landed.

After the tests came back negative, the delegation continued on to Seoul.

Besides the coronavirus challenges, North Korea’s strident rejections of new talks also means Biegun’s visit is more likely to focus on coordination between the two allies, rather than seizing some opening for diplomacy, said John Delury, a North Korea expert at Yonsei University in Seoul.

“I don’t see signals from North Korea that they are looking for engagement,” he said.

“The allies should get on the same page about upcoming defence drills, how their working group can support inter-Korean projects while enforcing existing sanctions, and how to jointly respond if Pyongyang escalates or tests more weapons,” she said.