Britain is extending its COVID-19 booster vaccine program to millions more people to help tackle the spread of the new omicron variant, which is feared to be more contagious and vaccine resistant.

The British government said Monday it would accept in full the revised recommendations from the independent body of scientists that has been advising it, chief of which is that everyone aged between 18 and 39 should be offered a booster shot. Up until now, only people over 40, as well as those deemed particularly vulnerable to the virus, were eligible.

The change means around 13 million more people will be eligible for the vaccine. So far, the U.K. has given around 17.5 million booster shots. 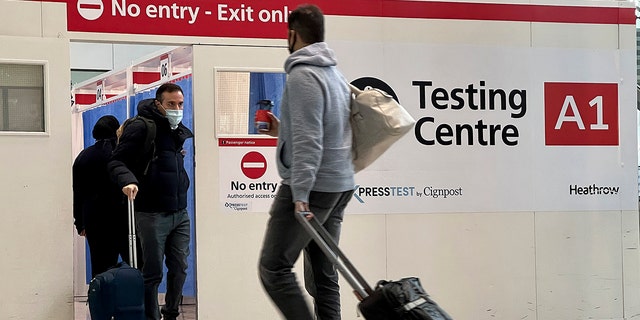 Passengers get a COVID-19 test at Heathrow Airport in London on Monday, Nov. 29, 2021.
(AP Photo/Frank Augstein)

In addition to extending the rollout, the Joint Committee on Vaccination and Immunisation (JCVI) also said booster doses for all age groups should be given no sooner than three months after a second dose. That shaves three months off the current wait.

In further advice, the JCVI said young people aged 12 to 15 should be offered a second dose of the Pfizer vaccine, no sooner than 12 weeks after their first.

“With this new variant on the offensive, these measures will protect more people more quickly and make us better protected as a nation,” Health Secretary Sajid Javid told lawmakers when accepting the new advice.

The major revision of the booster rollout comes after six more cases were reported in Scotland and two in England. That takes the U.K.’s total to 11.

Scottish First Minister Nicola Sturgeon said not all the cases identified in Scotland were linked to travel to countries in southern Africa, suggesting “some community transmission.”

The spread of the omicron variant, which has substantially more mutations than previous strains, has stoked fears that the coronavirus pandemic will find fresh legs over the coming months. It will take scientists a few weeks to get a greater understanding of how the new variant is spreading.

“We’ve always said we will get a variant that gives us heightened concern,” said England’s deputy medical officer Jonathan Van-Tam. “We are at that moment with omicron. It is the new kid on the block for now.”

VARNEY: OMICRON IS A TEST OF THE BIDEN PRESIDENCY 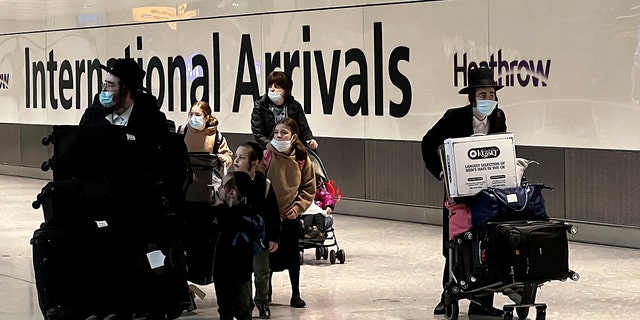 Already, the British government has tightened rules on mask-wearing and testing of arrivals in the country. British Prime Minister Boris Johnson said Saturday it was necessary to take “targeted and precautionary measures” in England.

The other nations of the U.K. have had more stringent rules in place over the past few months following the lifting of most lockdown restrictions. Sturgeon said she and her Welsh counterpart, Mark Drakeford, had written to Johnson asking for all people arriving in the U.K. to self-isolate for at least eight days. Johnson has said arrivals will need to take a high-standard PCR test by the end of their second day in the country and to self-isolate until they get a negative result. 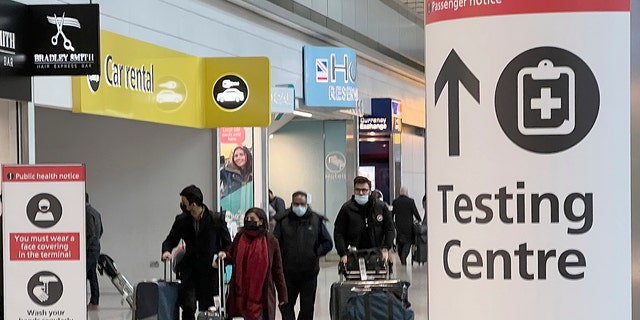 The new rules for England, which will see mask-wearing made compulsory in shops and on public transport on Tuesday, though not in pubs and restaurants, are expected to be reviewed in three weeks. High school students in England are also being advised to wear masks in communal areas, such as corridors, but not in classrooms.

Van-Tam urged people to take up the boosters and laid out his hope that the vaccines will continue to keep a lid on serious disease.

“I’m asking people not to panic but I’m not asking them either to completely ignore the weather forecast,” he said.