Britain has been battered by torrential rainfall this week, with some of the worst-hit areas at risk of further flooding next week. The Met Office is forecasting “increasingly unsettled” weather from Tuesday.

In their latest forecast, the Met Office said: “Becoming increasingly unsettled as rain arrives across the southwest, where it may turn heavier at times from Wednesday onwards.

“As a milder southeasterly breeze develops temperatures recover the near average.”

With many areas of the UK already devastated by flooding, meteorologists predict the rain coming in from the south west could be “problematic”.

Met Office meteorologist Craig Snell told The Sun: “From Tuesday next week another low-pressure system comes in from the southwest and this is going to bring more rain which could be problematic given the flooding issues across parts of the country.” 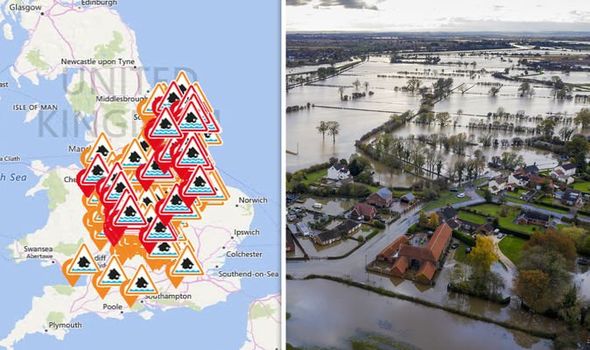 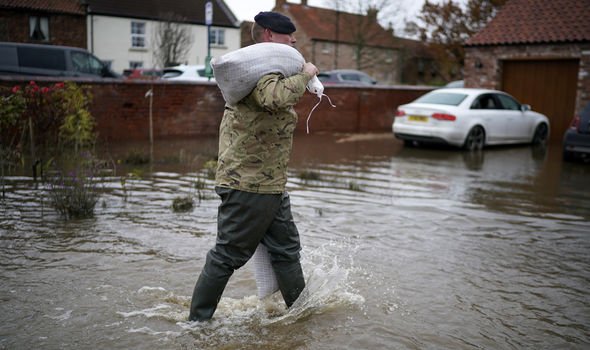 According to the Environment Agency’s 5-day flood risk outlook, some areas in particular are still at risk of flooding this week.

Oxfordshire, Nottinghamshire, Lincolnshire and South Yorkshire have been highlighted as areas potentially at risk of flooding.

The Environment Agency said: “Local river flooding is expected to continue today in parts of Oxfordshire, until Monday in parts of Nottinghamshire and Lincolnshire and until Tuesday in South Yorkshire.

“Local flooding from groundwater is possible in North Lincolnshire for the next five days. 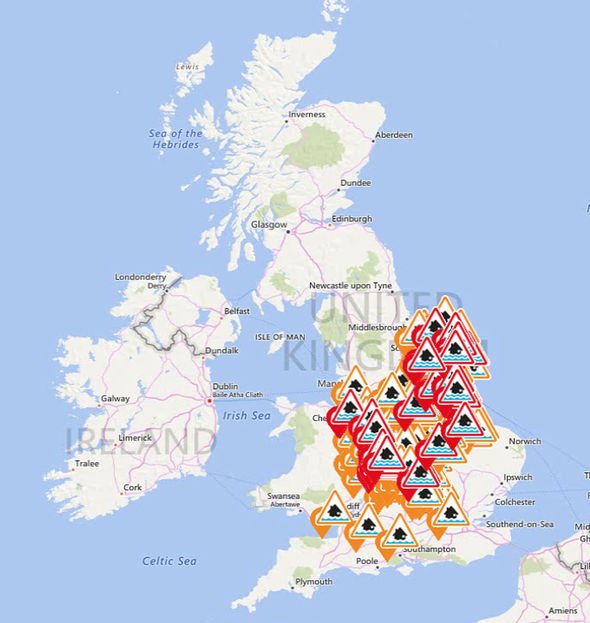 “Land, roads and some properties could flood and there could be travel disruption.

“Local surface water and river flooding is also possible in south-west England and the south of Wales on Thursday.”

In a statement released yesterday, the Environment Agency urged people to “remain vigilant” against the threat of flooding.

Presently, more than 100 flood warnings and alerts have been issued by the Government’s Flood Information Service.

Flood warnings – meaning flooding is expected and immediate action is required – have been issued for the following areas as of 9.37pm this evening (Sunday, November 17): 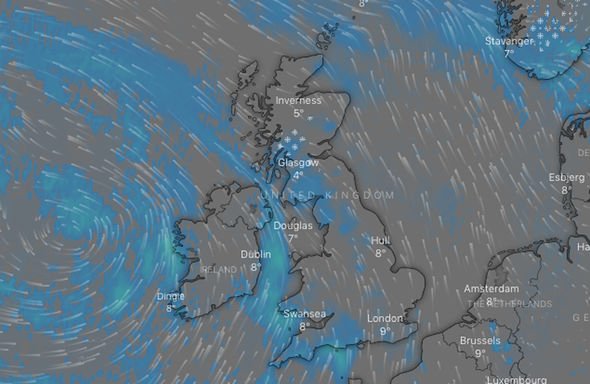 Flood alerts, which mean to prepare for possible flooding, have been issued for the following areas as of 9.37pm this evening: