UK household income was beginning to flatline before the pandemic and the current cost of living crisis struck, according to damning new figures that show an enormous wealth gap between young and old.

Data from the ONS released today showed that the median wealth of British families has risen by 20 per cent since the pre-Financial Crisis period to £302,500.

But the figure only rose ‘marginally’ between 2018 and 2020, the latest period for which figures are available, which came as the Uk was attempting to extricate itself painfully from the EU.

The figures come as British families face a 2022 that could see them hit heavily in the pocket. Experts say that tax rises, soaring inflation and high gas prices could leave them hundreds of pounds out of pocket as soon as April

The ONS data showed an enormous gulf in wealth between the young and old.

The age group with the media highest household income was in families where the head was aged 55 or over and still in work, at £553,400. The ONS noted: ‘The wealth of this group was 25 times higher than those aged 16 to 24 years.’ 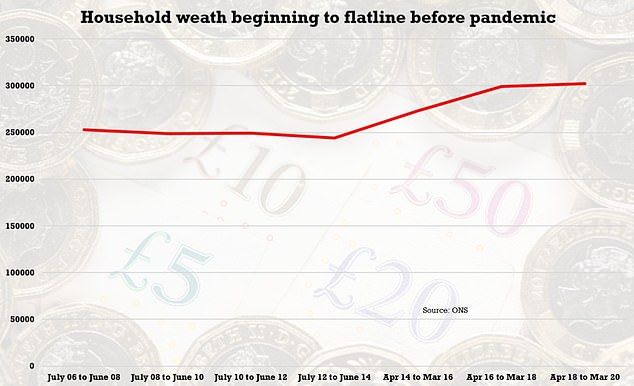 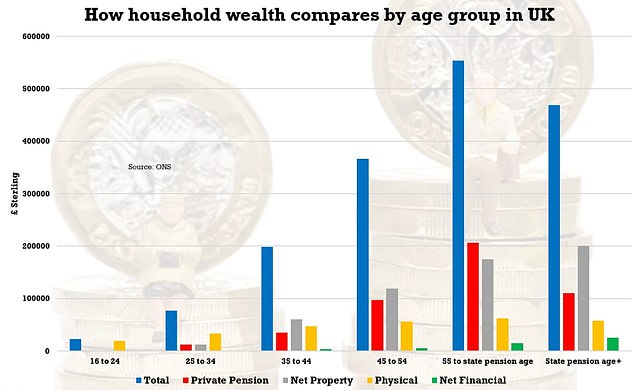 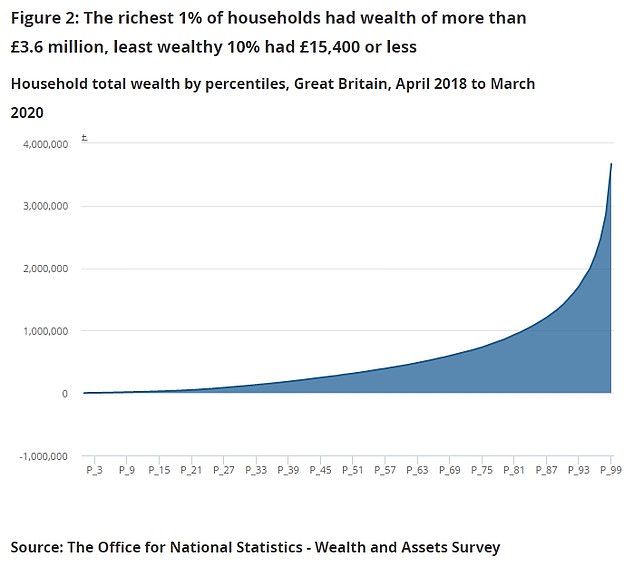 ‘While pensions make up a major part of the difference, whether you have got onto the property ladder also drives a huge divide between the most and least wealthy. Property wealth is the second biggest component of wealth overall – at 36 per cent.

The ONS report noted: ‘The wealthiest region of Great Britain in April 2018 to March 2020 was the South East, which also saw one of the fastest increases in average wealth since 2006.

‘Household wealth in the North East decreased the most since 2006, reducing by 17 per cent. Both the North East and Scotland saw large decreases in median wealth compared with the previous period, of 7 per cent and 12 per cent respectively after adjusting for inflation, with London also experiencing a large decrease of 8 per cent. Home ownership and pension participation rates were lower in these regions.’

It came as it was revealed house prices increased by more than £24,500 on average in 2021, marking the largest annual cash rise since 2003.

Property prices hit new record highs eight times last year, according to its monthly index, despite the impacts of the coronavirus pandemic.

But house price growth is expected to slow considerably this year, the report added.

The average UK house price increased by 9.8 per cent annually and by 1.1 per cent month on month in December.