BRITAIN has been hit by lightning and flash floods in a 48-hour deluge – and it's only going to get wetter for today's crunch Euros clash between England and Scotland.

Last night's lightning was captured in a very rude shape by an alert photographer in Great Yarmouth, Norfolk.

🔵 Read our UK weather live blog for the latest forecasts 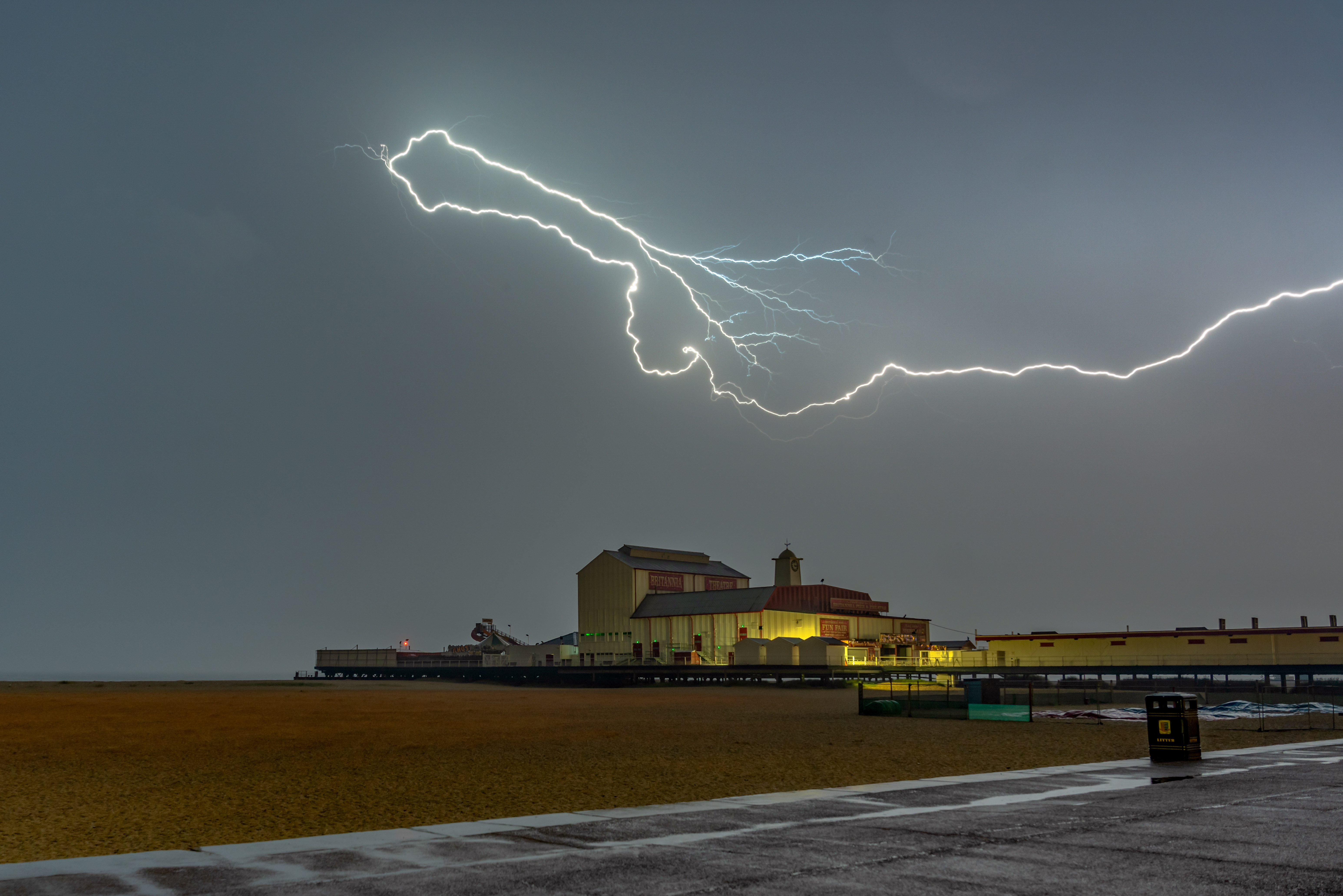 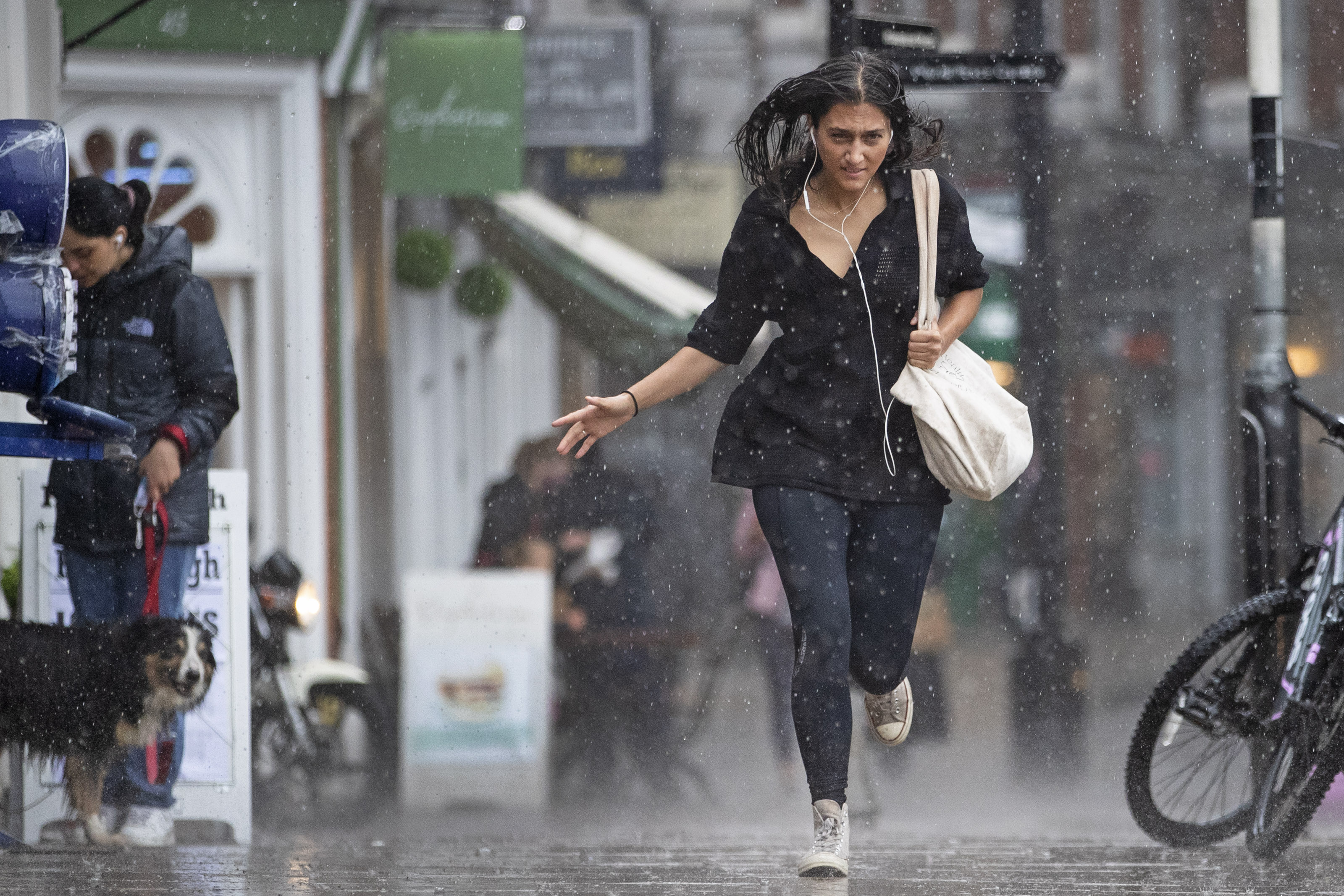 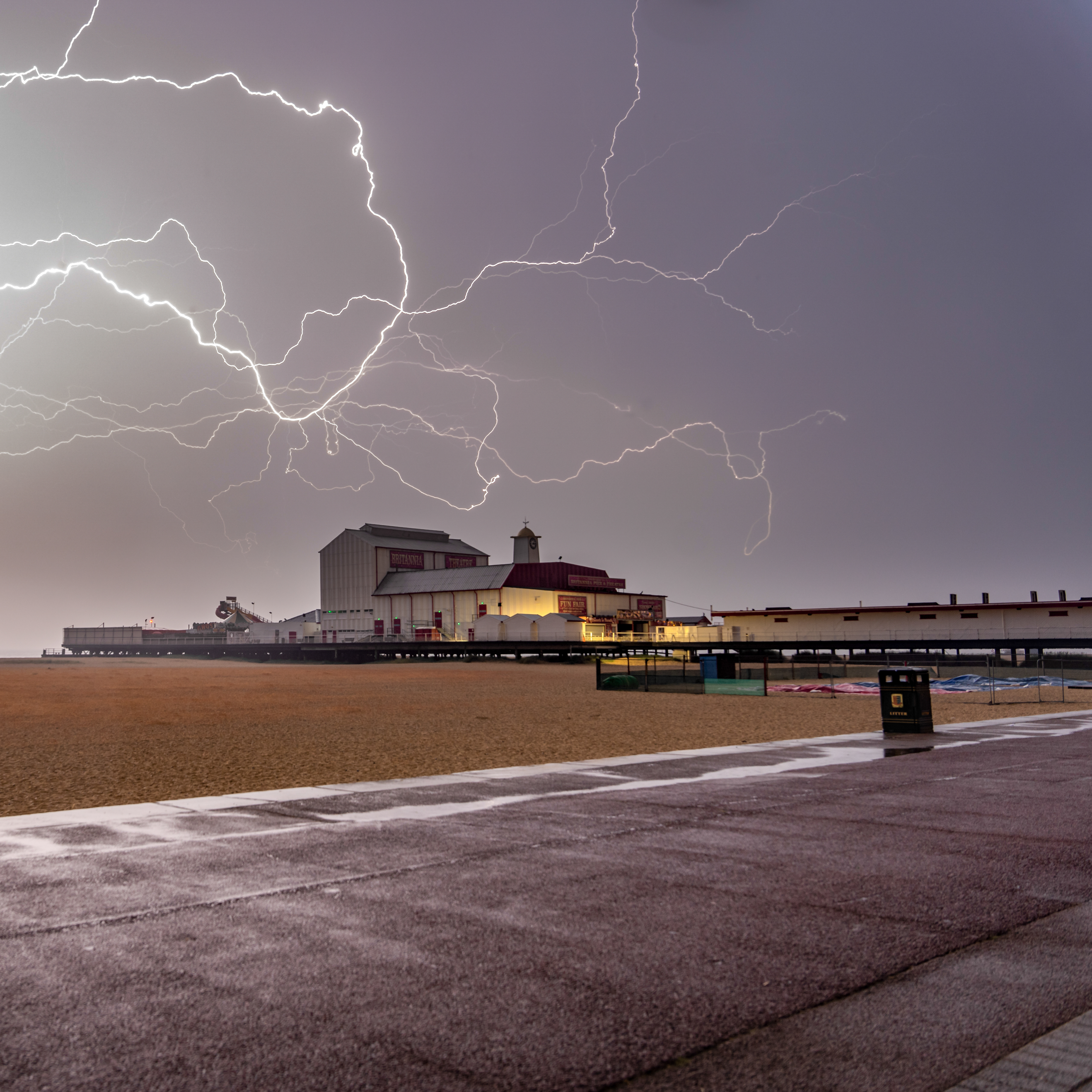 There will be heavy spells of rain in eastern, central and southern England today, with strong winds.

The rain will continue tonight before eventually clearing just as the England – Scotland game at Wembley Stadium in London is due to finish this evening.

"It's difficult for the London area, there could be some storms around unlike first thing this morning in Scotland," he said.

"Lovely sunshine here and it should be a fine day towards Scotland and the west.

"But to the south and the east, this is where we've got some heavy rain and some nasty thunderstorms later.

"There could be some flooding going with that as well. Really through central and eastern area some of the heaviest rain, now pushing towards southernmost parts." 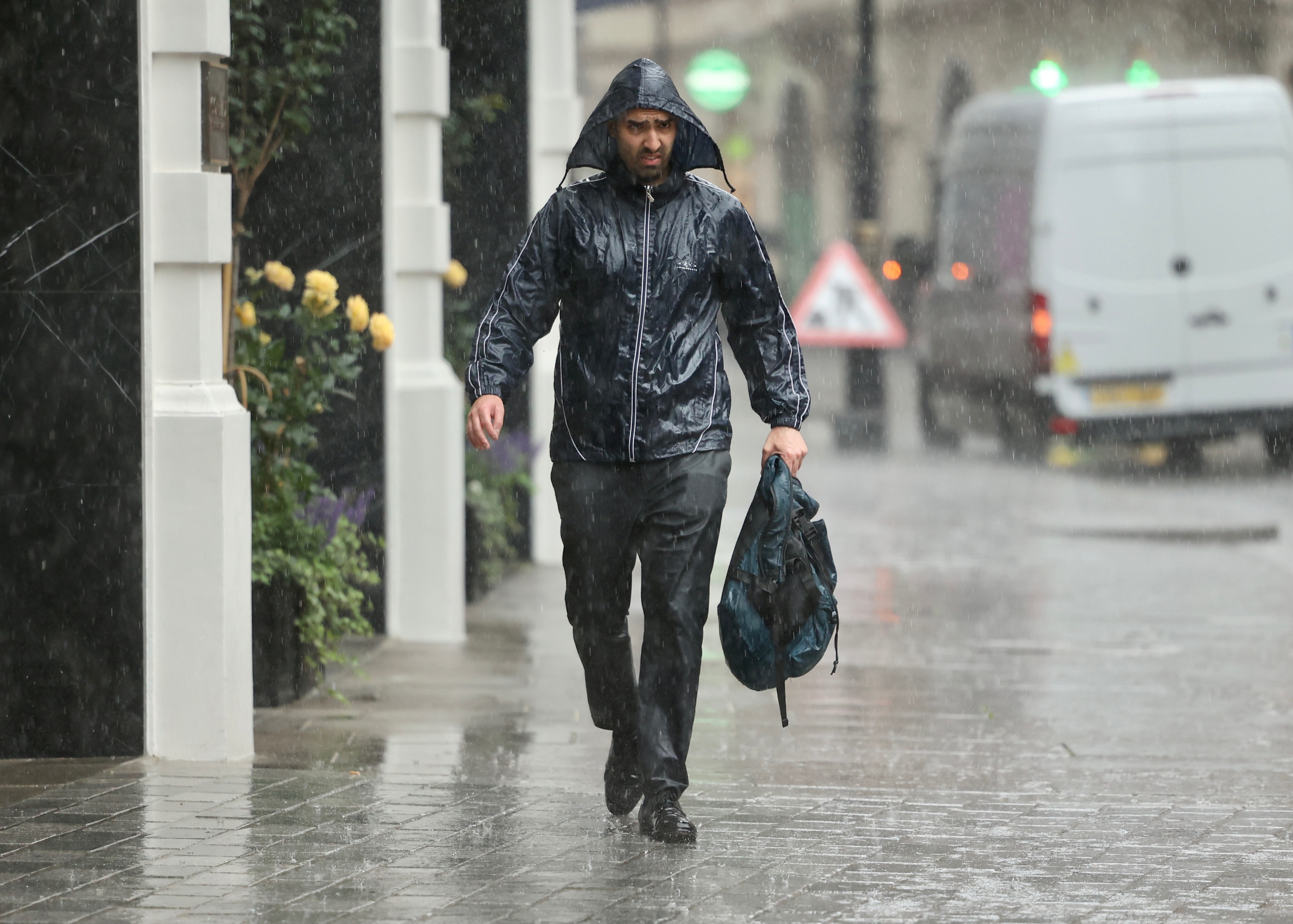 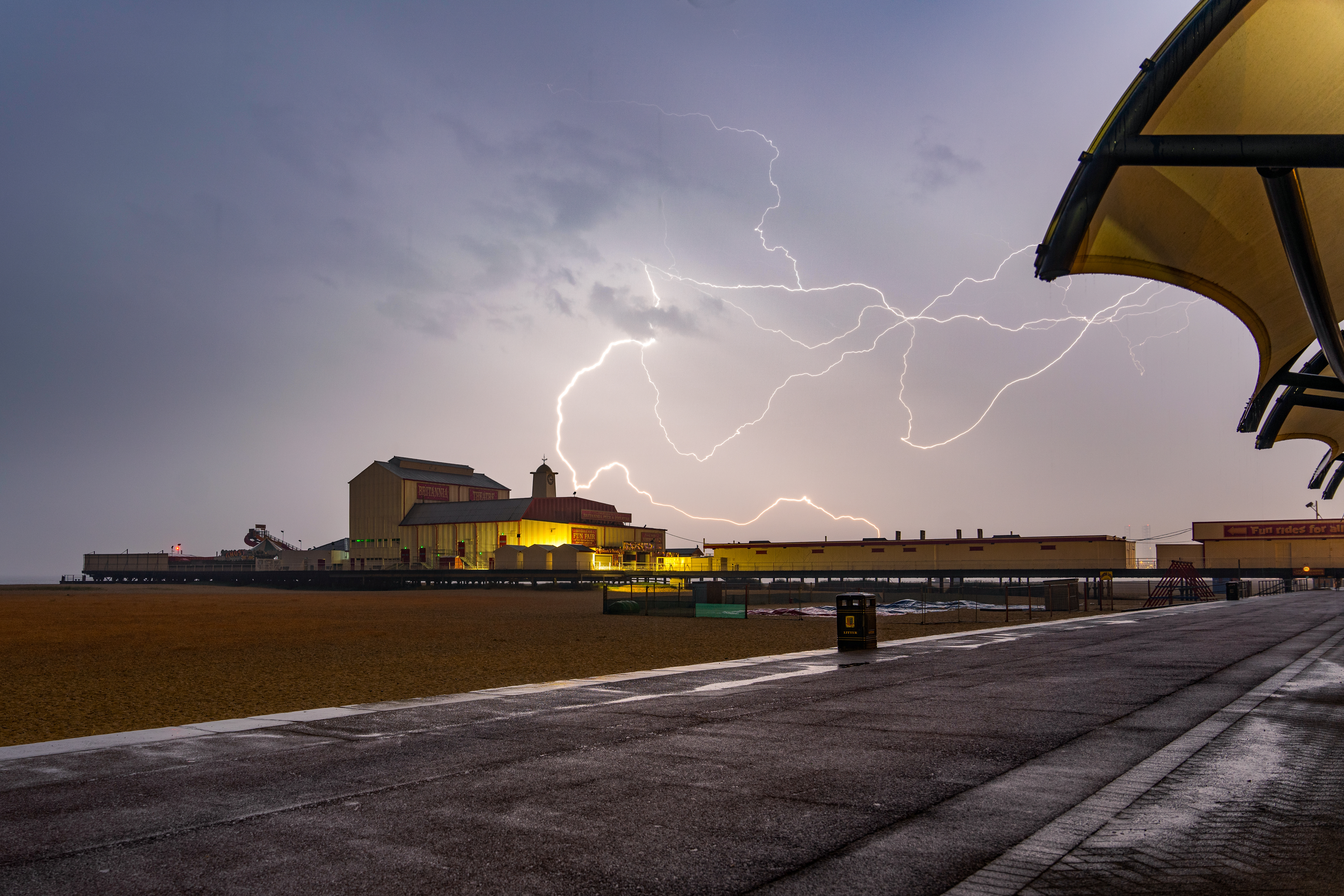 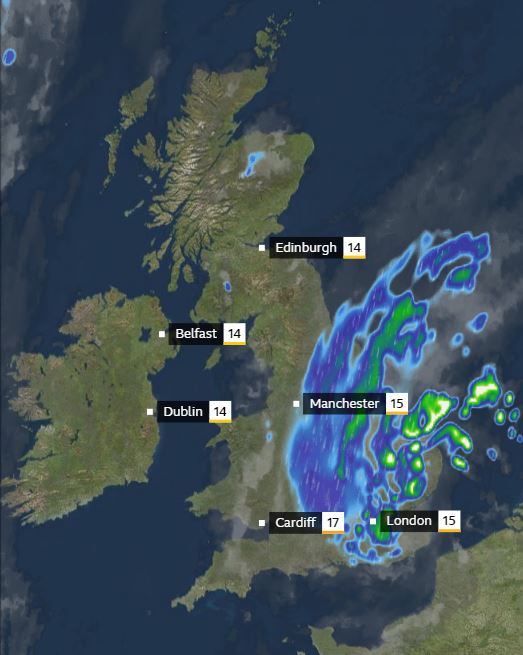 Mr Taylor added that there will be a month's worth of rain in some places in the UK.

"We end the day with those severe storms still rumbling around across the eastern part of England," he said.

"As much as month's worth of rain in places hence the risk of flooding later on."

The Met Office has issued a yellow thunderstorm warning for all of south east England.

Residents have been warned that there could be floods today due to the heavy rain.

After last week's scorching heatwave, temperatures will fall in many places – with the Met Office warning it could be a "chilly night" in the north and west of the UK.

Thunderstorms are expected to continue into Saturday, moving into southern parts of the UK at night. 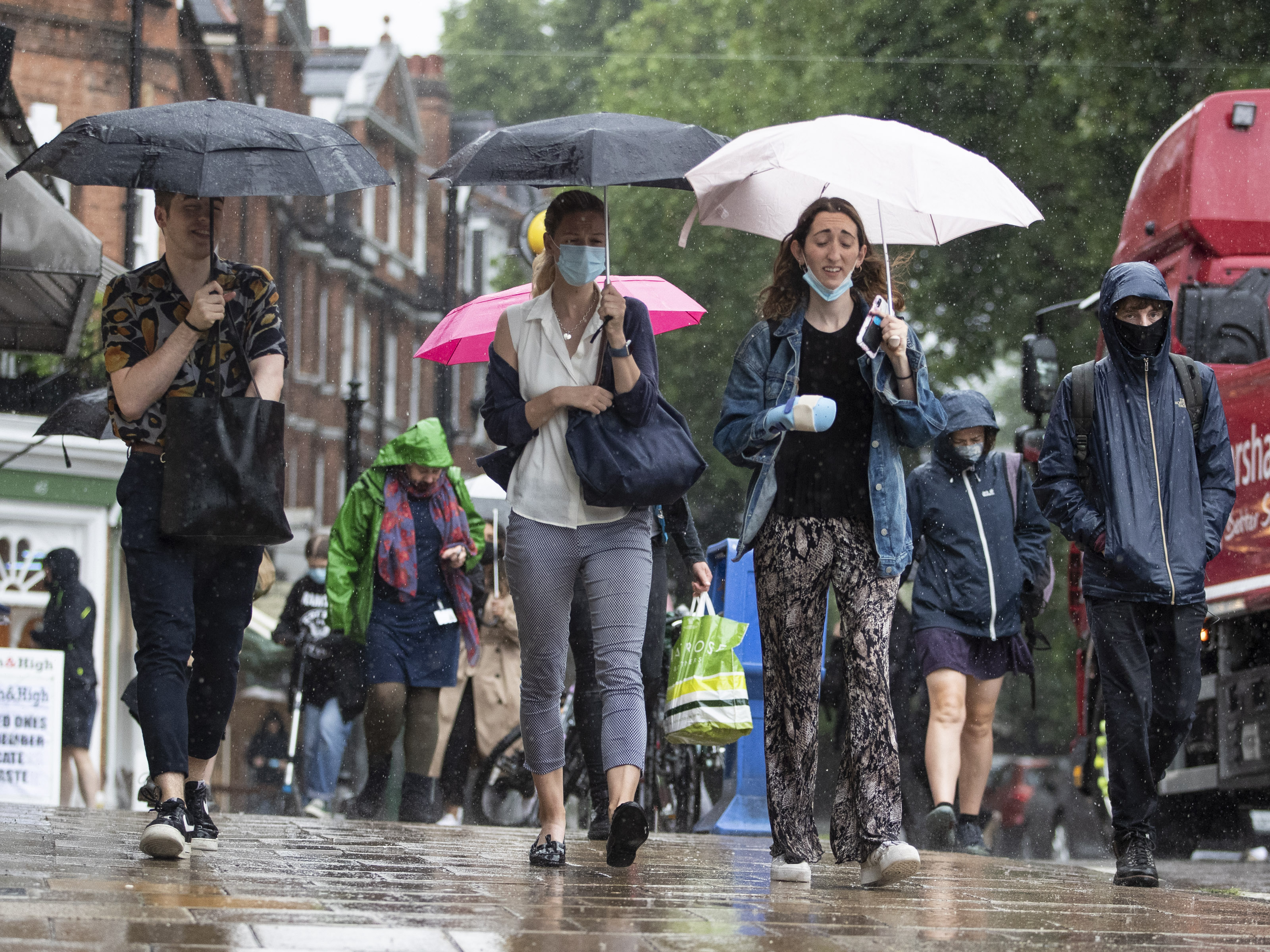 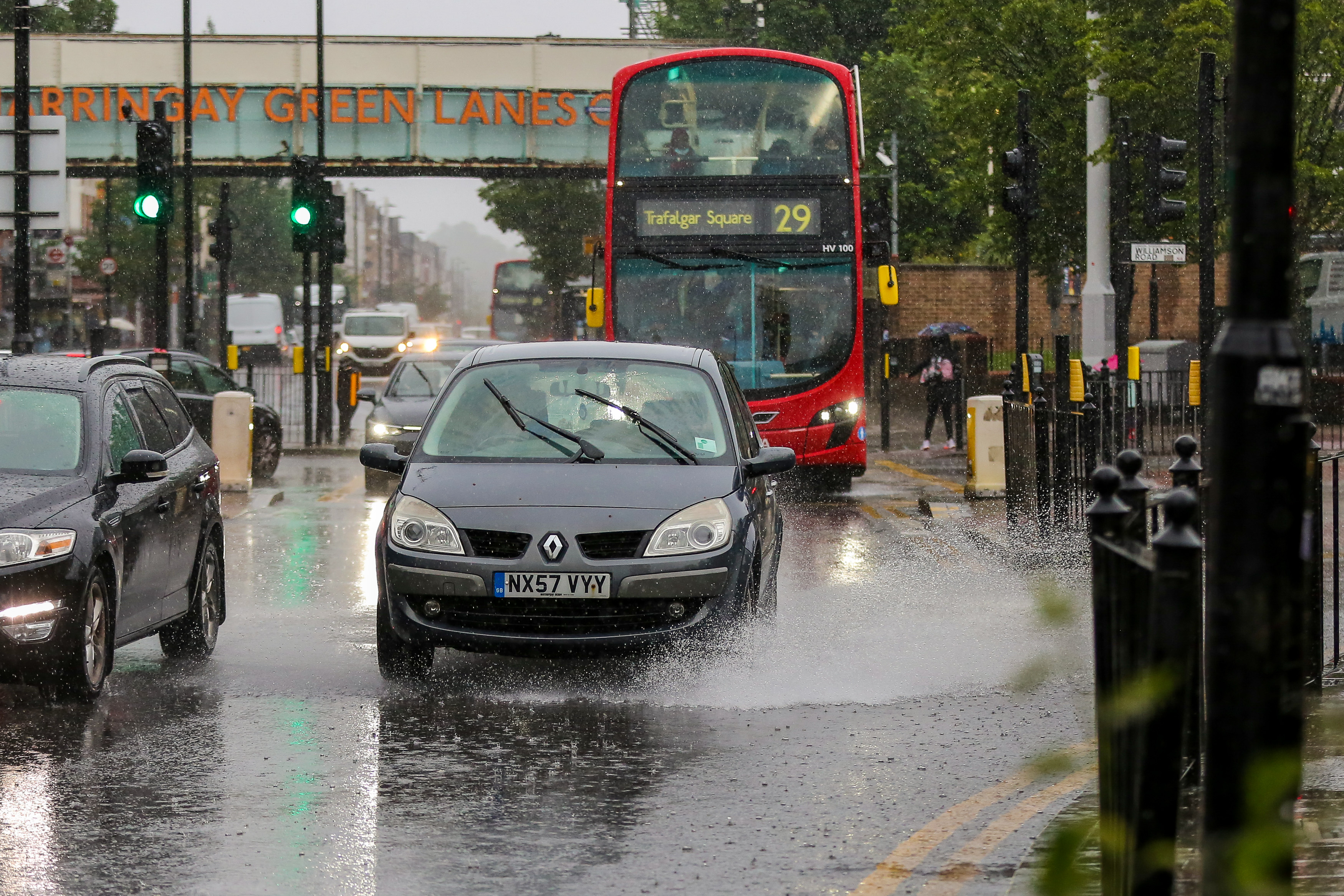 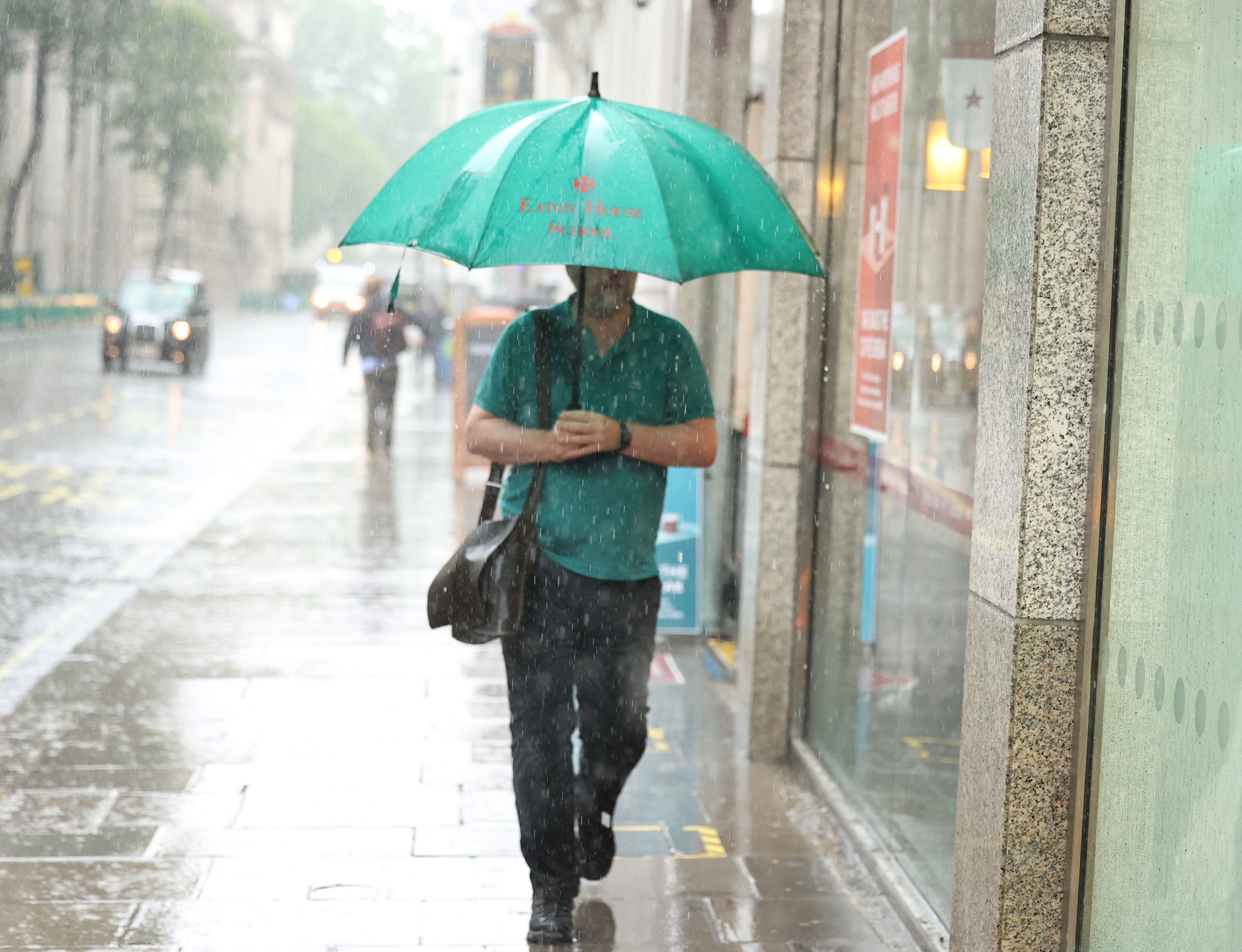