The first week of January has been characterised by plunging temperatures and snowfall for much of Britain, and the wintry conditions look set to continue this weekend with the mercury predicted to fall to as low as -12C in parts. Weather charts also show the UK is braced for a shift in conditions from Monday, as an Atlantic system is seen fast approaching.

He said: “We’ve got snow and sleet going through the middle of the country at the moment that will lay some down and it already has. But the cold weather will continue this weekend.

“Some quite low temperatures, as they have been already in Scotland and northern parts, such as -12C in the glens of Scotland and -6/7C tonight into Saturday morning.

“So those low temperatures those very frosty, icy temperatures are definitely going to be there, no doubt about that.”

The latest weather charts support this, as they forecast freezing temperatures will take hold overnight. 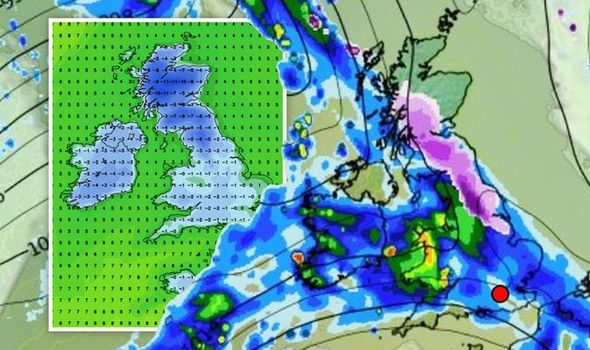 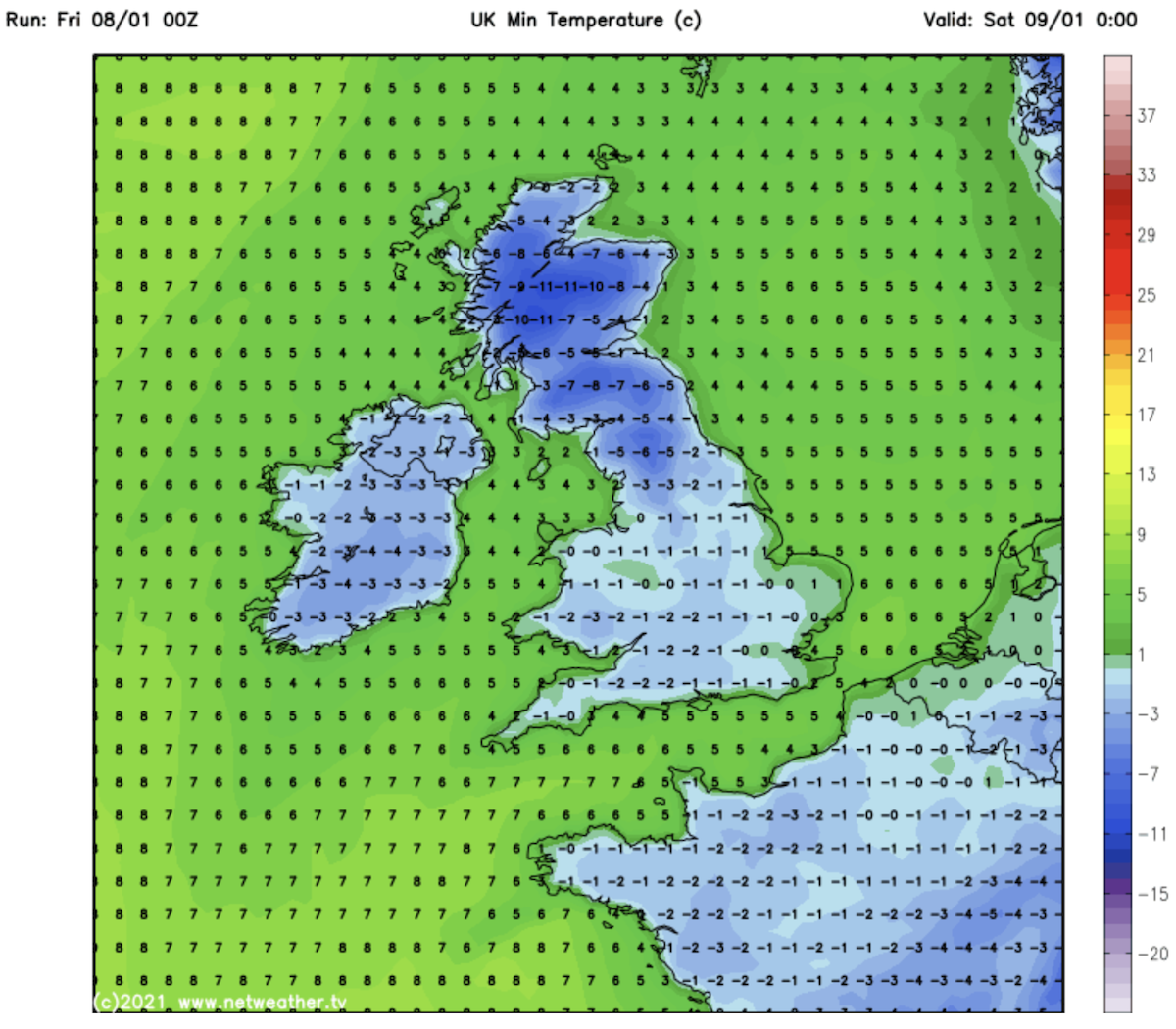 One chart by Netweather shows the UK turn entirely blue at midnight tonight as the mercury plunges.

A second map by WXCharts shows the north east of the UK will see the worst of the cold weather, with temperatures ranging from -3 to -10C.

Despite the freezing temperatures, the snow risk is minimal over the weekend, according to Mr Dale, but will intensify again next week.

Maps by WXCharts show a new weather front swirling towards the west of the UK from Sunday into midweek. 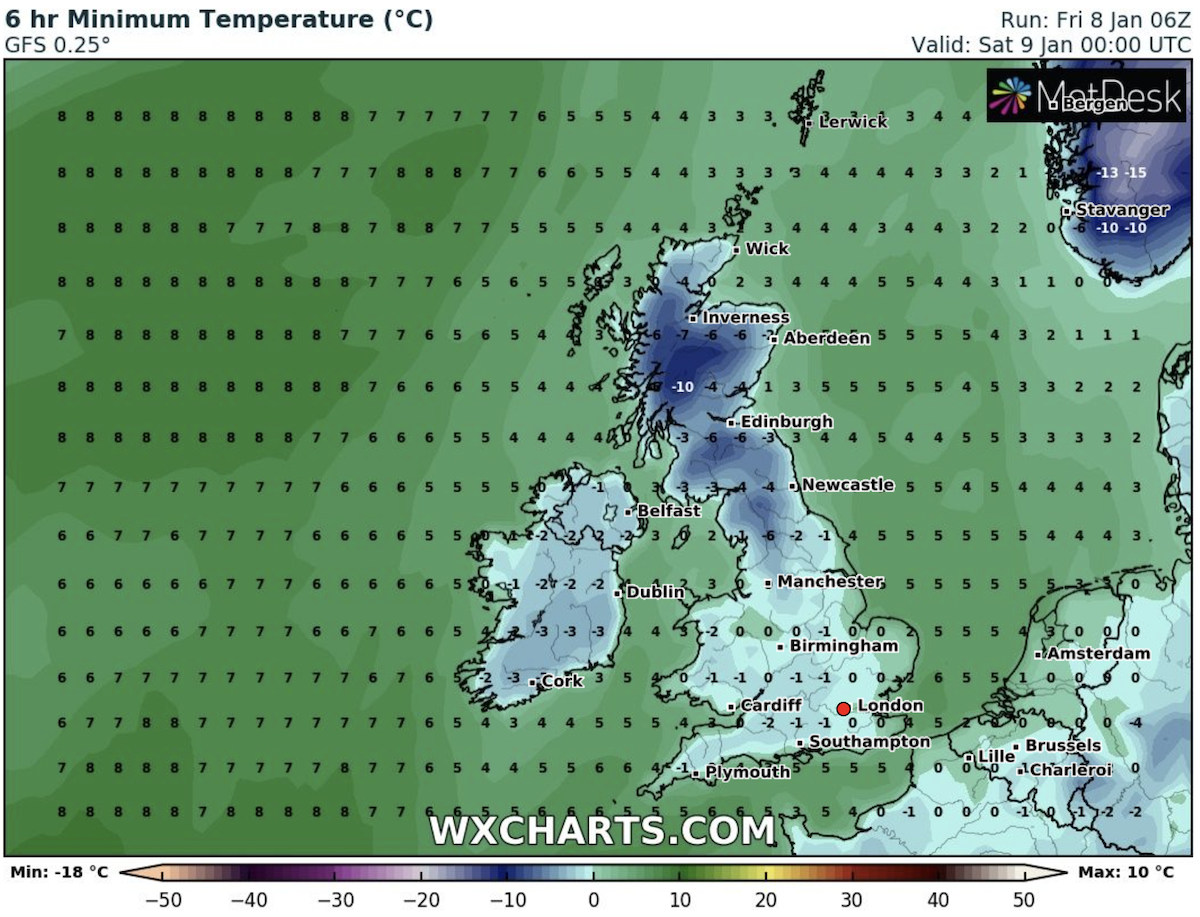 While temperatures will rise in parts of the country, it will cause snow as the cold and warm fronts collide.

He said: “It starts on Monday but it really gets going by the middle of the week.

He added: “We will tend to take our weather for the next week coming from Monday onwards more from the Atlantic.

“Starts in the west, so all those western sides of the country, Wales, Northern Ireland, western Scotland, west of England, they are going to see the mild weather coming in first. And it will very slowly impress itself on the country as we go through the week.” 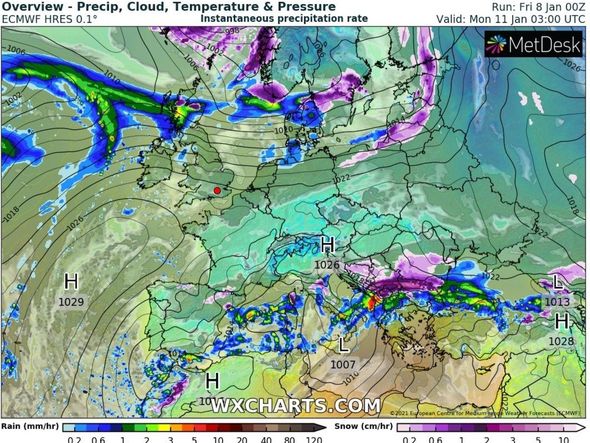 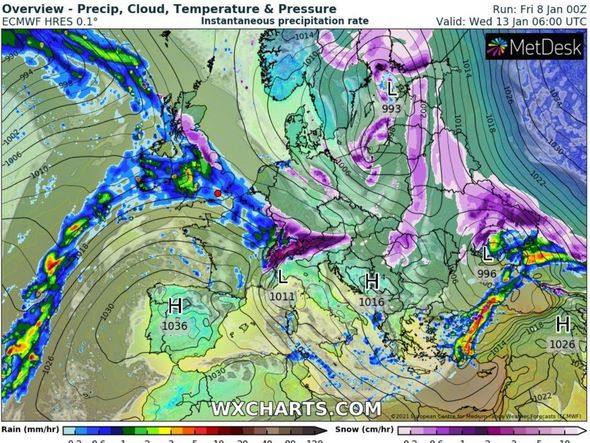 A map by Netweather shows this marked change in temperature taking effect from Wednesday January 14.

The chart, valid for midnight, shows the mercury could reach 10 or even 11C across England and Wales, while the north of the UK can expect temperatures of between 3-9C.

But as the Atlantic system begins to take hold and warms up the south of the UK, a rather different picture emerges in Scotland and the north of England.

Weather charts by Netweather show there is a 100 percent snow risk covering much of Scotland at midnight on Tuesday January 12.

The snow risk is shown by the huge areas covered in red and white, which indicates between a 80-100 percent chance of snow. 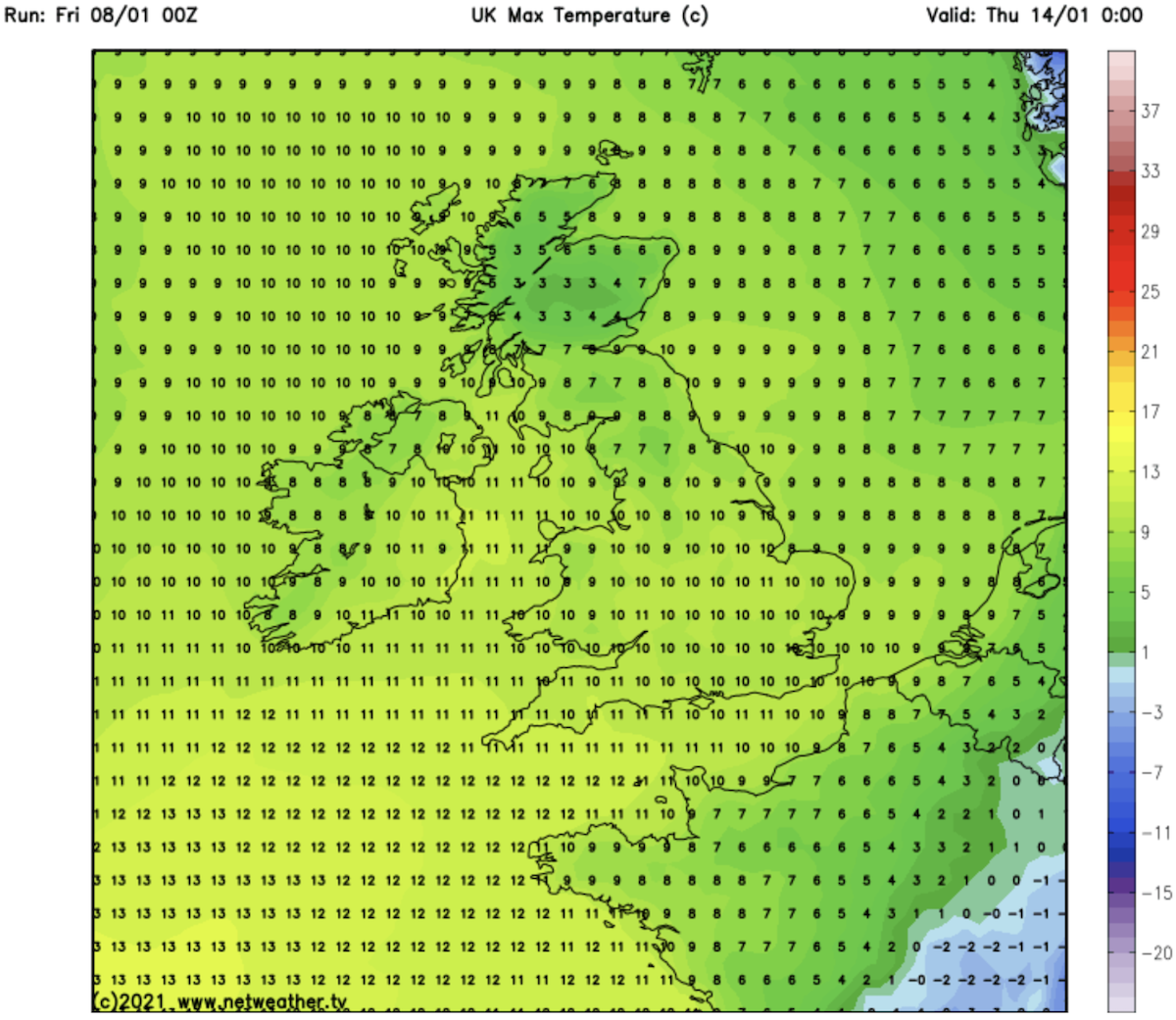 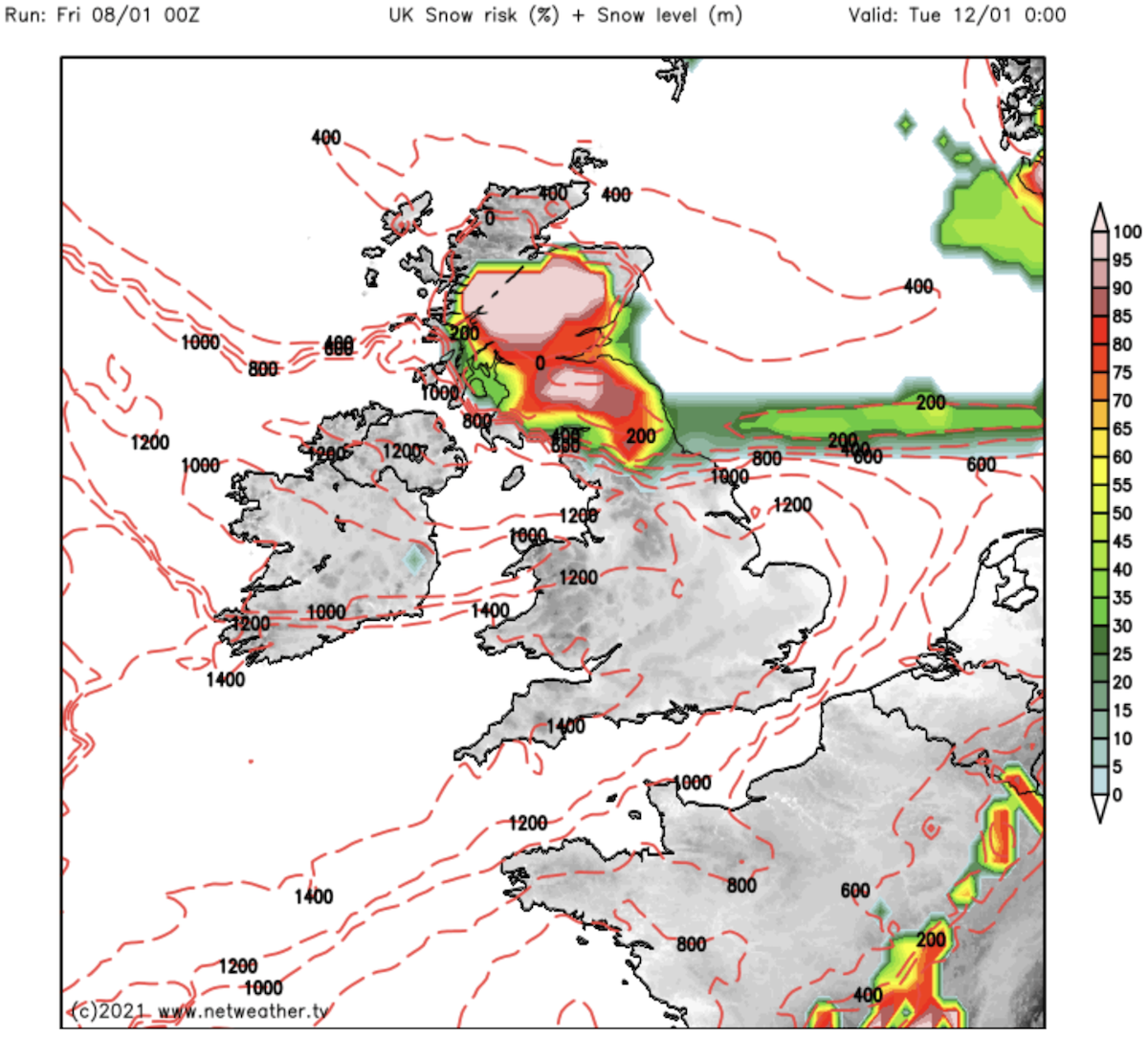 Forecaster Brian Gaze of the Weather Outlook added that there is a risk of snow in northeastern parts from Wednesday next week.

He told Express.co.uk: “We are going to be pulling colder air again at least into northern and eastern parts of Britain.

“It may not spread down into the south west and western parts of the UK but certainly the north and east it looks like there will be another plunge of cold air around Wednesday, Thursday, Friday.

“There is a risk of snow in that sort of border area where the cold and warm air masses meet.”