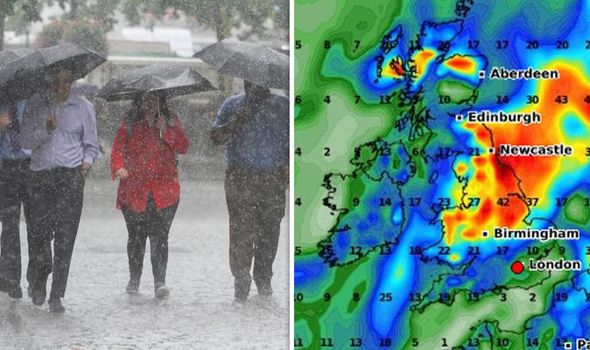 There has been widespread rainfall across the country and the Met has reported that the deluge will continue over the next few days. Such is the severity of the rainfall, that the Met Office has issued amber and yellow warnings in the UK. Commenting on the forecast, Met Office Meteorologist, Luke Miall reported that the amber warning will be mostly restricted to southern Scotland.

Mr Miall added: “The heavy rain will continue through much of today so warnings are still in force.

“We have an amber warning in force and there’ll be some treacherous conditions out there first thing on Thursday.”

Aside from the amber weather warning in southern Scotland Mr Niall also added that there will also be heavy rain in northeast Wales and northwest England.

An amber weather warning means that there will be a likelihood of impacts from severe weather causing power cuts and the potential risk to life and property. 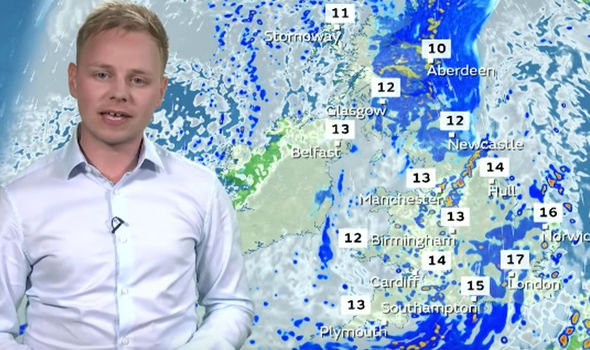 Although the south will begin the day with rainfall and overcast conditions, it will be the north that suffers the brunt of a heavy band of wet weather on Thursday morning.

Moreover, Mr Niall added that temperatures will hover around 8C in the morning as the unusually cold June weather continues.

However, going into the afternoon a secondary band of rain will continue to push up from the south-west and make its way through much of the south and Midlands.

Mr Niall added: “During the commute, it will be a pretty treacherous start to the day and will continue to see pulses of rain working eastwards across the south working westwards. 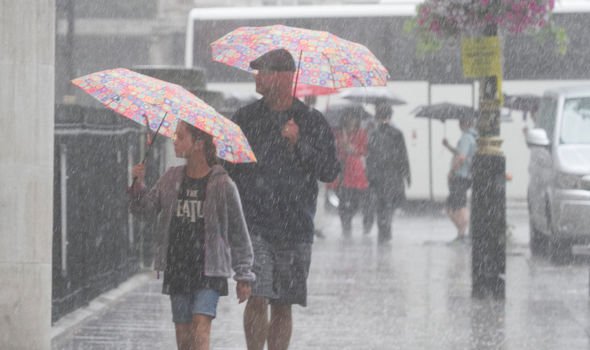 “There will be heavy showers breaking out through the afternoon with perhaps even the odd rumble of thunder.

“There won’t be much in the way of sunshine across the country and as a result temperatures will really struggle.”

In the evening the heavy rain will pass away although there will still be heavy rainfall in northern Scotland.

Unfortunately, in the early hours of Friday morning, there will be heavy rain for most of Wales and south-west England.

Mr Niall concluded that temperatures will rise on Friday with London hitting 19C but warned that there will be some “unsettled weather” heading into the weekend.