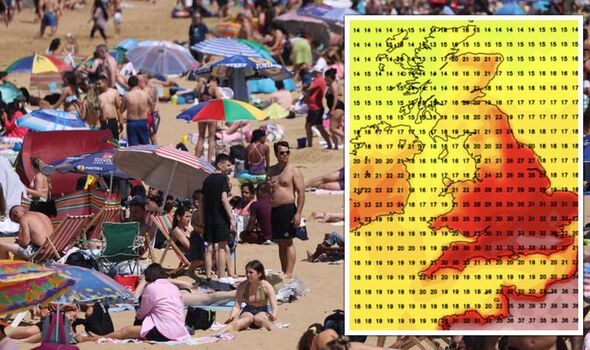 The UK yesterday became one of the hottest places on Earth as temperatures exploded to an astonishing 40.3C in Coningsby, Lincolnshire.

Across the country, all summer heat records tumbled as blistering sunshine bolstered a plume of roasting air from Africa to mark a historic milestone in British meteorology.

Thermometers across much of the nation will fall rapidly today as Britons heave a sigh of relief from the stifling heat, although thunderstorms threaten disruption in parts.

But thermometers in parts of the country will rocket back into the 30Cs from this weekend, experts warn.

James Madden, forecaster for Exacta Weather, said: “Another heat surge throughout the weekend will bring temperatures close to 30C or potentially a little more in parts to the south.

“Further north, temperatures will rise back into the low- to mid-20Cs and unlike the past couple of days, these regions will enjoy some warm and pleasant summer sunshine.

“However, there is a risk of another super-heatwave, which although is very unlikely to push temperatures into the 40Cs, will bring another period of very hot weather.” 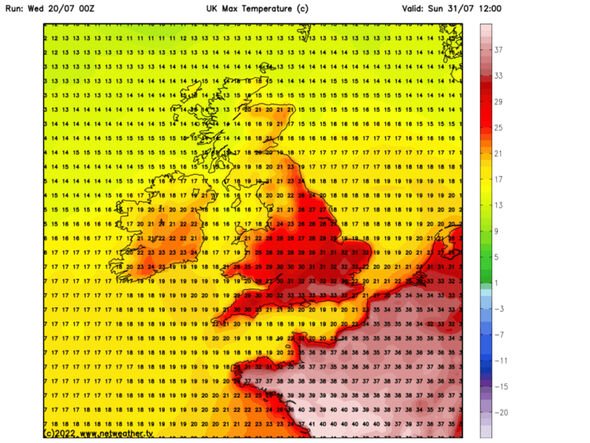 Blistering heat yesterday turned swathes of the country into a tinder box which burst into flames as temperatures peaked.

Drivers on the A2 between London and Kent reported terrifying scenes as grass verges blazed just inches from travelling vehicles.

Raging fires spread to homes as hundreds of firefighters tackled raging flames amid soaring temperatures which had prompted a national emergency. 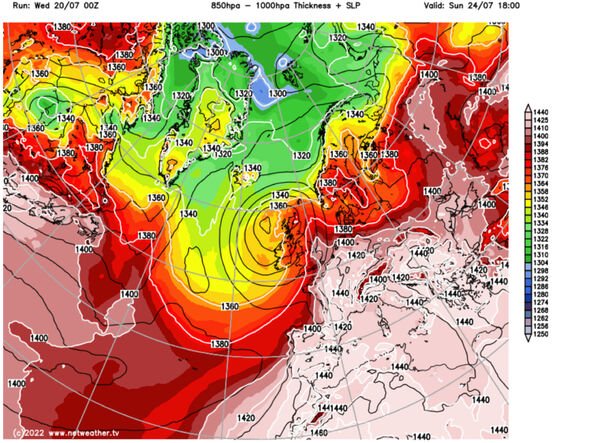 Thermometers will dip today with southern and eastern regions holding on to 30C while the rest of the country falls into the teens and low-20Cs.

Heat ploughed into the atmosphere will trigger sporadic thunderstorms and violent lightning strikes, forecasters warn.
Mr Madden said: “The rest of the week will be cooler and more bearable although there will be a littering of heavy, thundery downpours particularly in south-eastern parts of the country.

“However, it is going to feel more bearable through the rest of the week, even though temperatures will start to rise again at the weekend.” 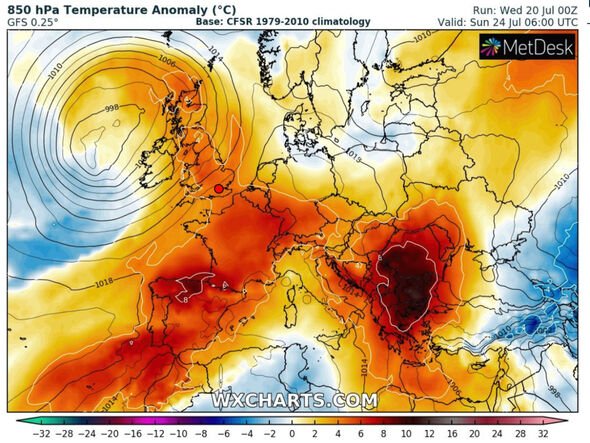 As Britain cools from a heatwave that just weeks ago the Met Office had predicted might only be possible by 2050, forecasters warn 40C-summers will become more common.

Jim Dale, meteorologist and author of Weather Or Not? said: “This is the sort of thing that will inevitably start to become more and more common as the planet warms.

“While it is unusual to see 40C, there is no doubt that these temperatures are going to become more common in years to come.

“This is dangerous weather; we are not prepared for it and there is no doubt that these temperatures can and will kill.

“This is a wake-up call that the climate is changing, and this will have serious consequences.”

The Met Office has issued a new raft of weather warnings, but instead of heat, thunderstorms are the latest threat.

A yellow alert is in force across south-eastern and eastern Britain from lunchtime today until this evening.

A Met Office spokesman said: “Heavy showers and thunderstorms are expected to develop across central, southern and eastern parts of England on Wednesday afternoon.

“Whilst most places will see only small amounts of rain there is a chance of some isolated heavy downpours and lightning.

Weather models show temperatures hitting 33C in southern Britain at the weekend with highs of between 26C and 31C across much of England and Wales.

Scotland will be cooler between 13C and 20C with the rest of the UK dipping to usual summer values by the middle of next week.