It might be the middle of June but the usual summer sunshine seems to have avoided the UK. The weather is forecast to stay wet and windy for most of Britain this week, as a deluge of rain and unseasonably bad conditions set in. Yellow warnings for severe weather have been in force by the Met Office for most of this week – and we’ve already seen more rain in the first ten days than is average for the whole of June.

On Monday in Ham Hill, Kent, more than four inches fell in just 24 hours – significantly higher than the average rainfall for June, which is 2.8 inches for the entire month.

Firefighters are tackling flooding in parts of Wales, while the warning has now been extended to encompass parts of Southern Scotland.

Widespread travel disruptions have been reported around the UK, with sinkholes opening up in motorways and railway lines completely submerged.

Sinkholes spend up on the M25 motorway near Kent but normal services have since resumed. 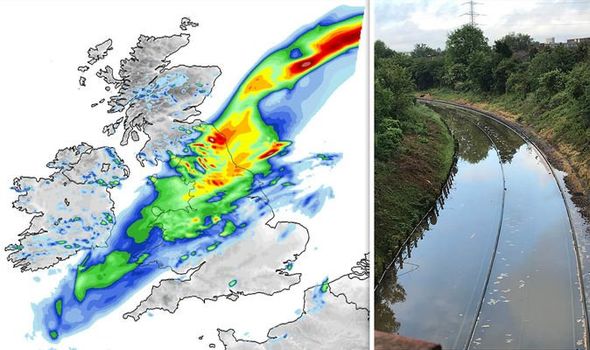 And it seems the rain won’t be easing up any time soon, according to the latest Met Office forecasts.

Wednesday and Thursday look set to bring much of the same, with the Met Office warning of up to four inches of rain in some parts.

Met Office meteorologist Alex Deakin said: “We’re in the middle of a very wet week with further wet weather to come over the next few days after some very soggy conditions through Monday and Tuesday.

“There are continued threats of flooding and we continue to have yellow weather warnings in force. 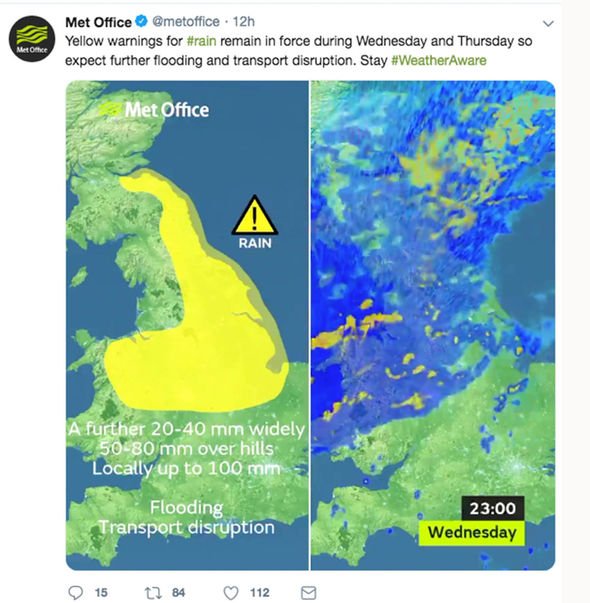 The warnings encompass the whole of Wednesday and expire at midday on Thursday.

The warning urges residents to beware of possible flooding of homes and business. 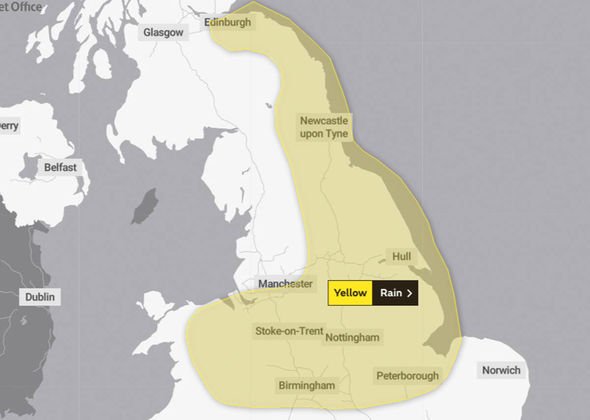 There is a continued threat of travel disruptions and treacherous conditions on roads.

The warning adds: “There is a small chance that some communities become cut off by flooded roads.”

Bookies have slashed odds at this being the wettest June since records began.

Bookmaker Coral has odds on at 1/4 that this June ends as the wettest on record. 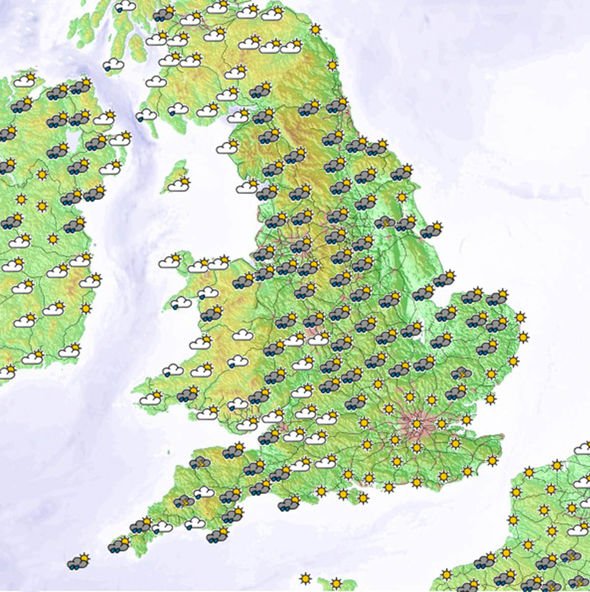 Coral has also slashed odds to 6/4 that 2019 ends as wettest year ever recorded.

Coral’s Harry Aitkenhead said: “June is proving to be a complete washout and to add to that we have already had a lot of rain this year.

“It has forced us to slash our odds on this year being the wettest since records began and it could be one to remember for all the wrong reasons.”