Lawyers for multimillionaire businessman Sean Buckley plan to examine audio recordings to test their authenticity as part of the case that alleges the owner of the Ultra Tune empire assaulted and stalked his former partner. 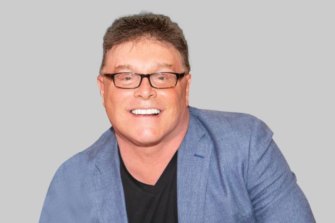 He is accused of 12 offences, including four charges of stalking and single counts of maintaining a listening device and installing an optical device. 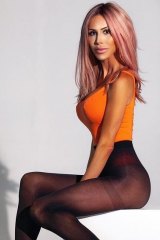 Mr Buckley’s legal team has previously said he would contest the charges.

His lawyer, Remy van de Wiel, QC, on Tuesday told magistrate Tara Hartnett police had handed over some parts of the brief of evidence against Mr Buckley, but one audio recording was “third generation”.

Mr van de Wiel said he and his colleagues wanted a fresher copy of the recording and planned to have their audio expert listen to it, “so we can see if there is an issue with its integrity”.

He said some of Ms Cole’s medical records had been handed over, along with CCTV footage from January 18 last year. But defence lawyers were still waiting on police to pass on photographs and witness statements.

Mr Buckley, 61, oversees more than 270 automotive service franchises that turn over $220 million annually, and is also the chief executive of a horse racing and breeding business.

He has been embroiled in a Supreme Court civil trial since February, when his lawyers were granted a court order that banned Ms Cole and Mr Swords, a former employee, from distributing an audio tape that was recorded at Melbourne’s Crown Towers last year.

Mr Buckley alleged in court documents that Ms Cole, who is the mother of his three-year-old daughter, wanted him to leave a third of his estate to their child, and also provide her with an annual stipend of $300,000.

The civil trial is ongoing, but Ms Cole pleaded guilty to one count of contempt in the Supreme Court in September, when she admitted to circulating the recording to two of Mr Buckley’s colleagues. She was fined $500 by a judge.

Mr Buckley, who now lives in Broadbeach in Queensland, watched Tuesday’s online hearing and had his criminal case adjourned to January 24.

Mr D’Andrea faced court and is due to next appear in February. Mr Swords was unwell, his lawyer said, so didn’t appear but is due to next face a magistrate on December 14.

All three men were charged on summons.