Umpire Nate Tomlinson has managed to escape serious injury after being hit in the face by the jagged end of Mike Trout’s broken bat.

Tomlinson was the home plate umpire during Tuesday night’s Freeway Series clash between the Los Angeles Angels and Los Angeles Dodgers — until the top of the ninth inning, that is. Trout, the Angels centerfielder, came to the plate with clear bases and one out, and worked his way into a 3-2 count. He connected for a fly ball to left center, which ended up falling through center fielder Gavin Lux’s glove for a single.

It was hard to see in the moment, but on slow-mo you can see that Trout’s bat broke when he hit the ball, splintering at the grip and leaving a pointy stub of wood in Trout’s hands. The much larger part of the bat was also very pointy, and it flipped through the air behind him, poking through the bars of Tomlinson’s mask and cutting his face.

Tomlinson dropped down to his knees after the bat hit him, and all action on the field stopped while he was given medical attention. Blood was dripping down his face, and he was removed from the game and replaced by second base umpire Laz Diaz, who handled the final four batters of the Dodgers’ 2-0 win.

Trout looked distraught at first base while Tomlinson was attended to. Tomlinson walked off the field under his own power, but was taken to the emergency room to make sure he wasn’t seriously injured.

Thankfully, Tomlinson’s crew told USA Today’s Bob Nightengale on Wednesday morning that he’d only sustained cuts above his eye and nose, and had avoided any serious injuries.

Home-plate umpire Nate Tomlinson was taken to the emergency room Tuesday night after being struck in the face by Mike Trout’s broken bat, with a piece flying between bars of his mask, cutting his face just above his eye and nose. He managed to avoid serious injury, his crew says. 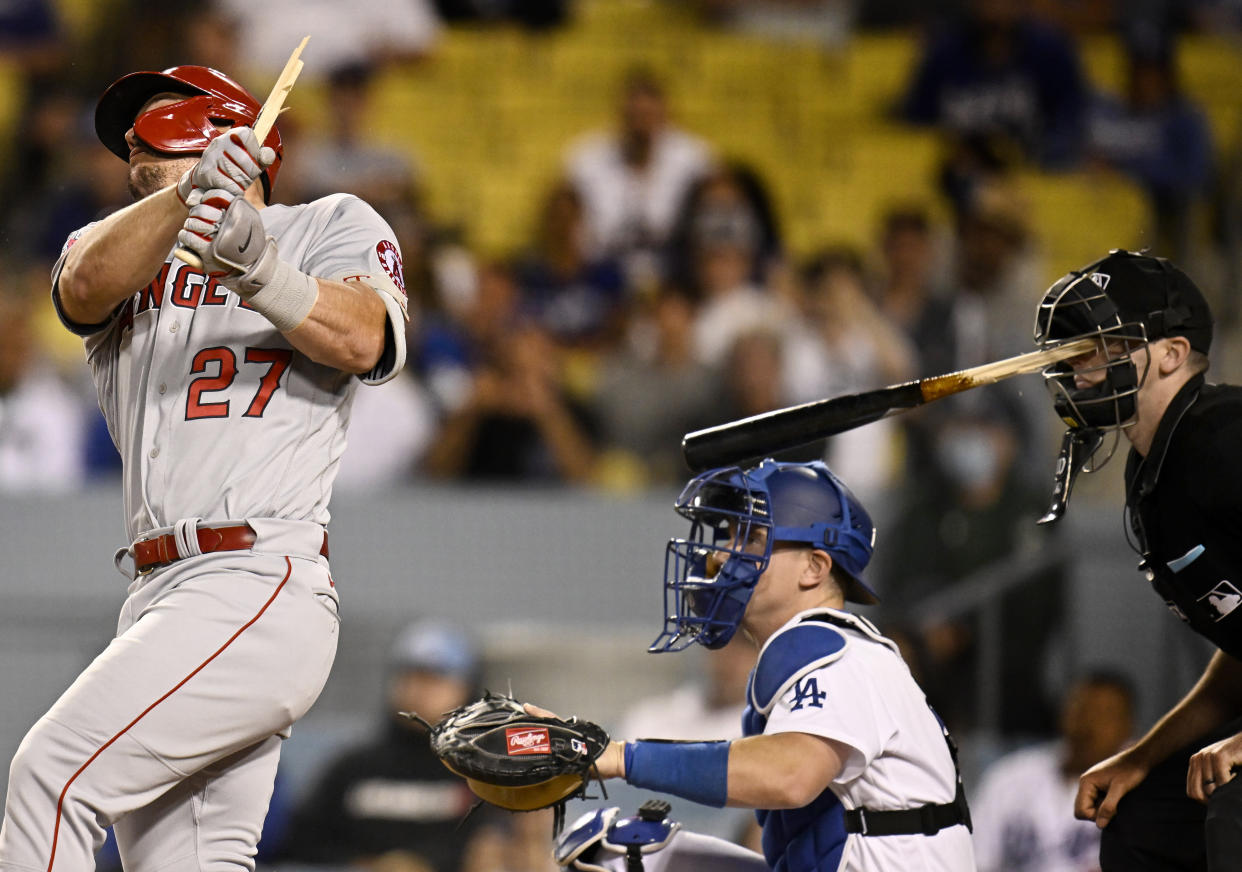