Urban explorers have filmed inside this iconic British department store which now lies empty and abandoned.

The team visited the vacant Debenhams store in December, with the store still showing traces of its former glory days. 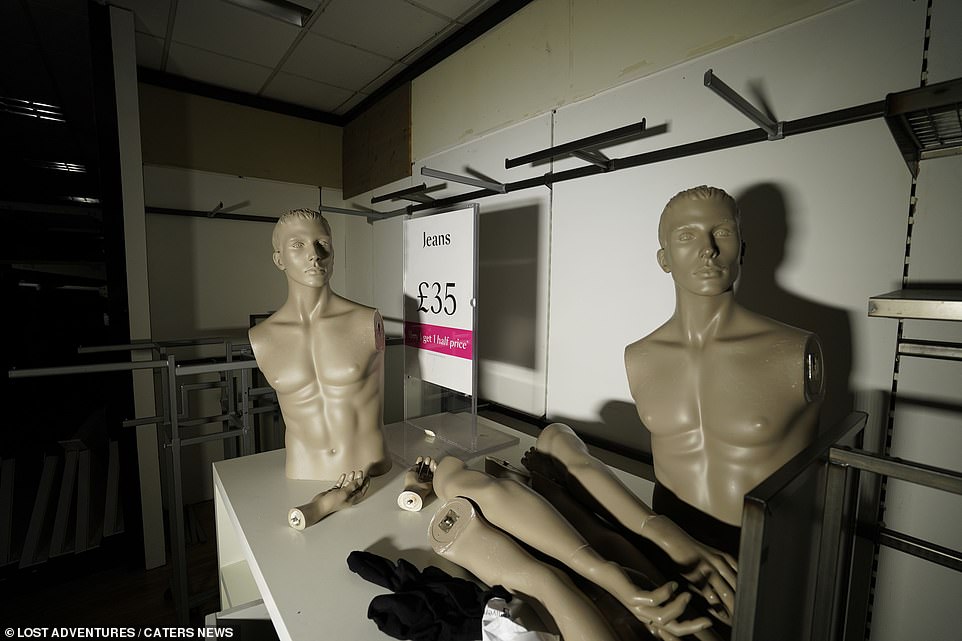 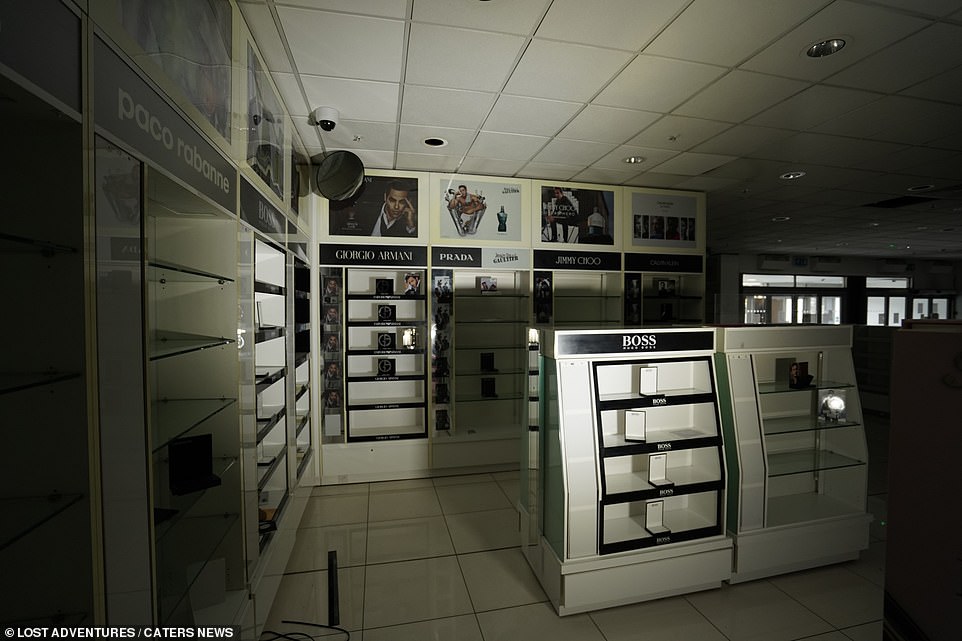 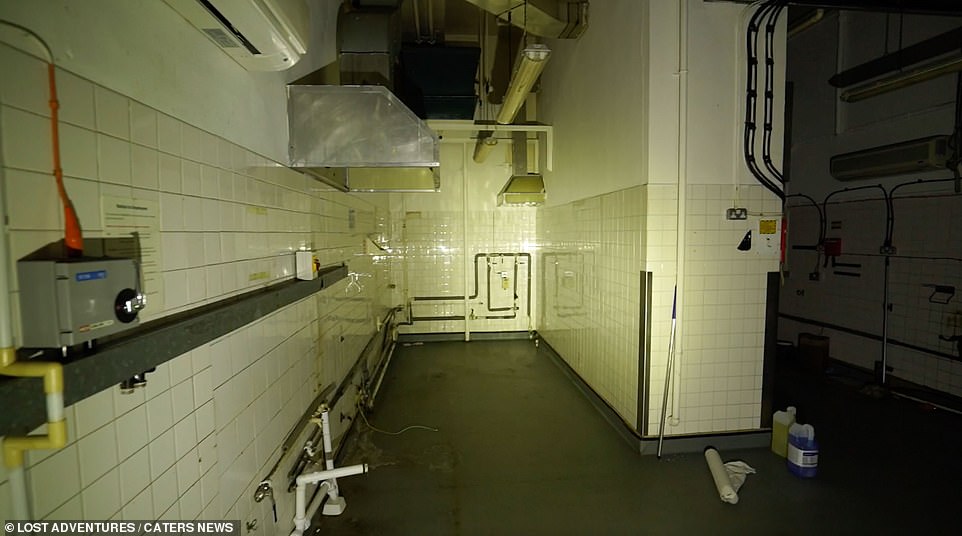 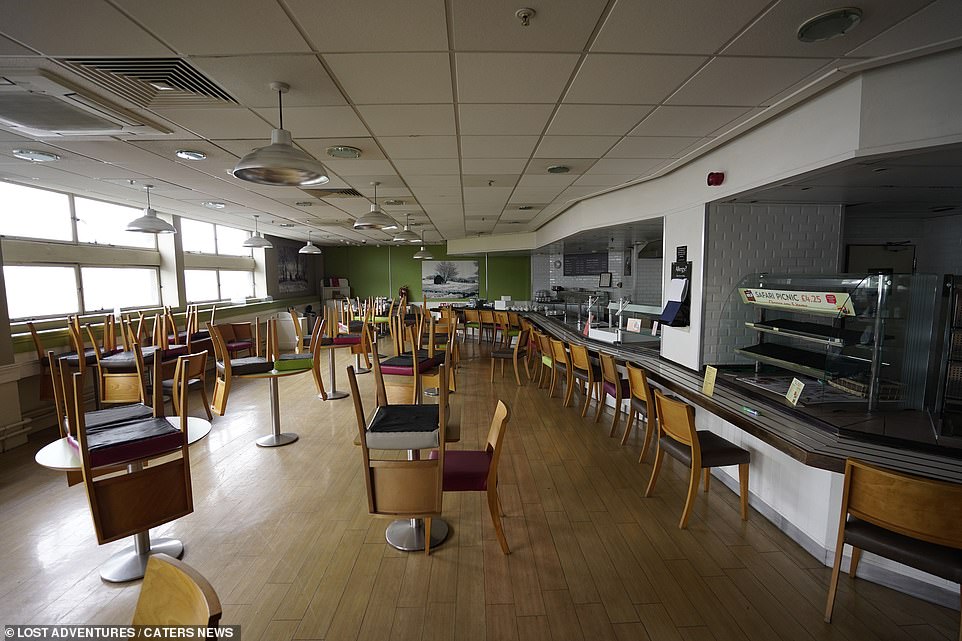 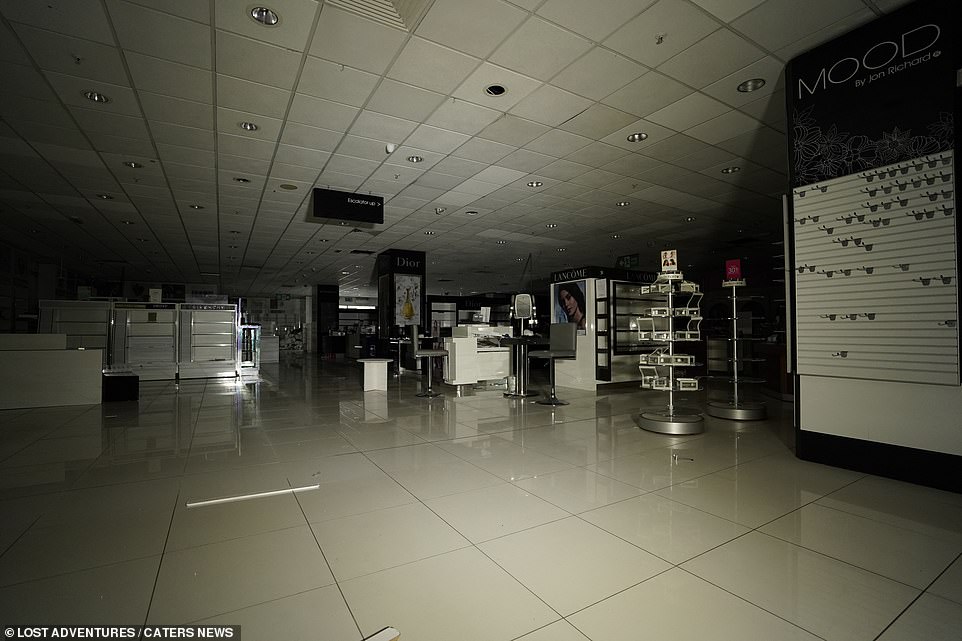 All of the stock had been removed from the store however, many of the empty displays remain with other shop fittings

In the once bustling café, teapots are still neatly lined up – but the last customers have long since gone after the retail chain started closing its high street stores in 2020.

One of the explorers, who wishes to remain anonymous, said: ‘The experience was very eerie.

‘It was once such a busy store to visit and I have lots of memories as a child being blown away by the sheer size of the buildings.

‘Now to know all of them are sitting abandoned is sad but it’s the reality of the future.

‘There are three floors of mannequins and products left in some places, plus the power was on and we could even use the escalators.

‘The cafes were still set up as if they were just closed for the day.’

The explorer added: ‘The whole experience was strange but amazing.

‘It felt crazy to be in such a big building with working escalators and lights, with all the mannequins scattered around it did feel like somebody was watching us but we spent around three hours inside then left unnoticed.’ 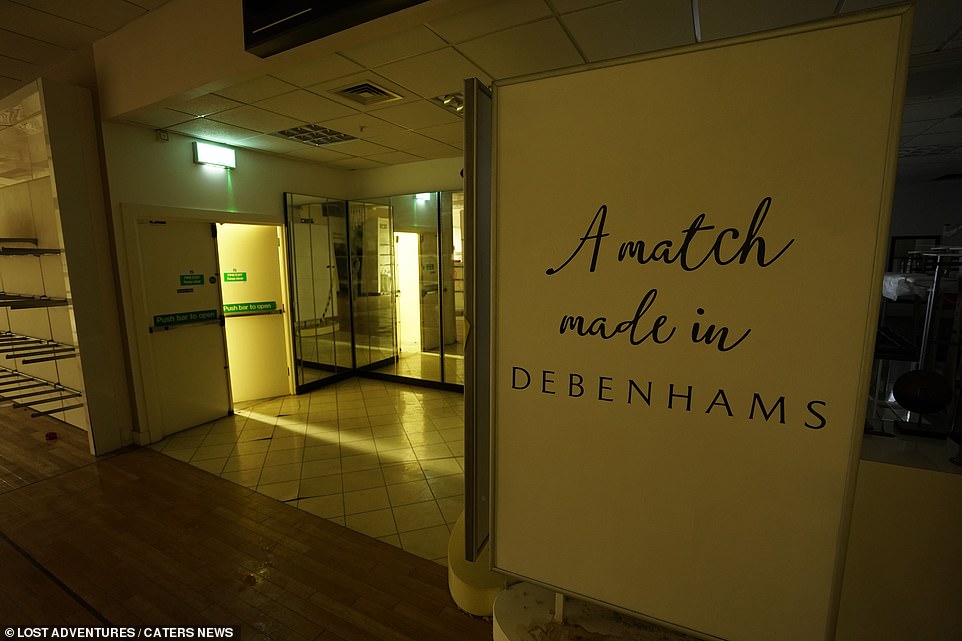 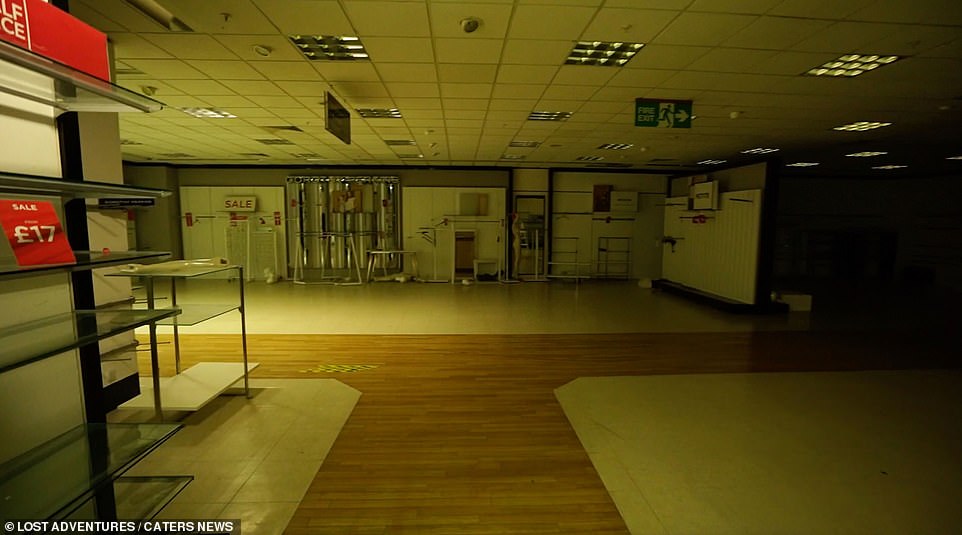 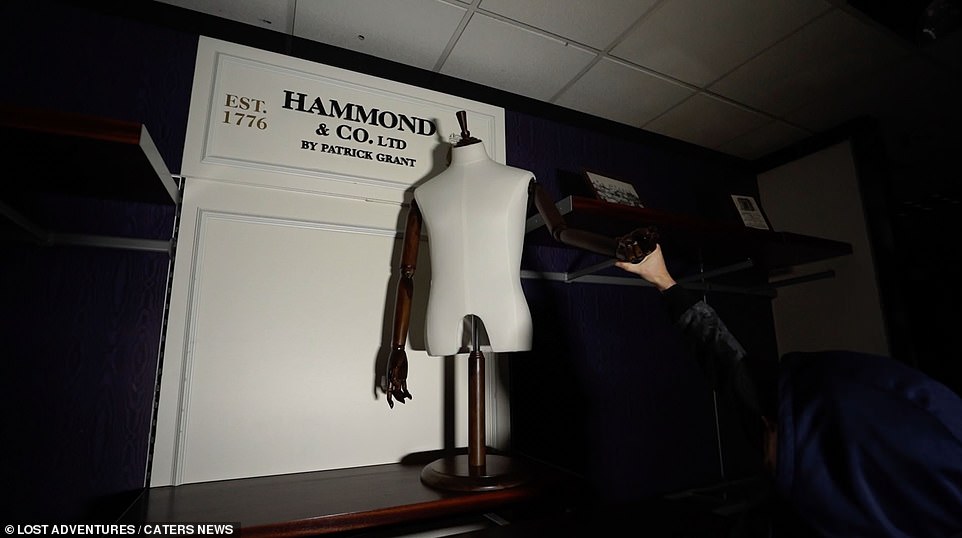 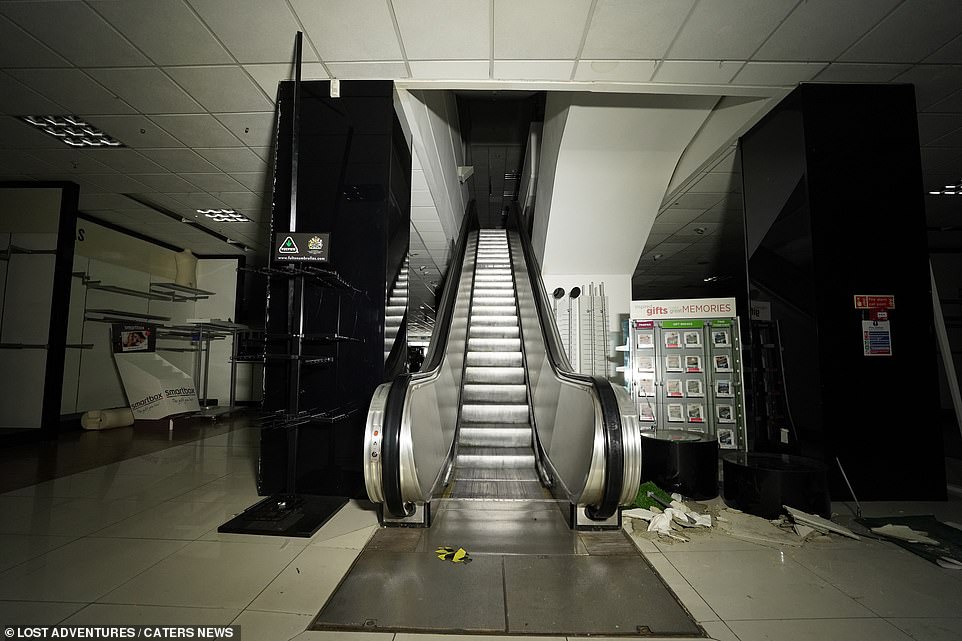 The retailer had more than 100 stores. The exact location of this shop has not been revealed by the urban explorers 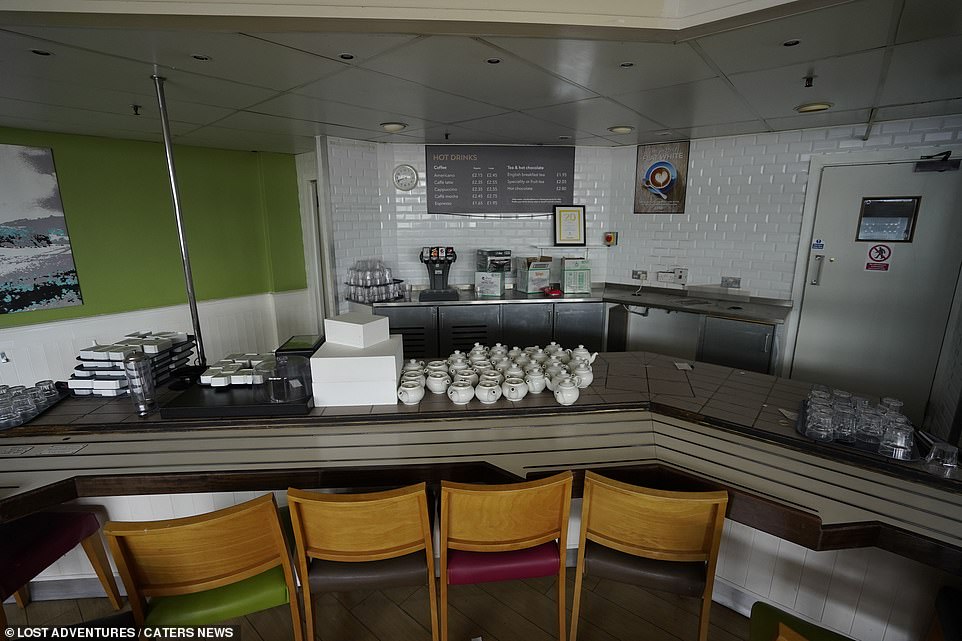 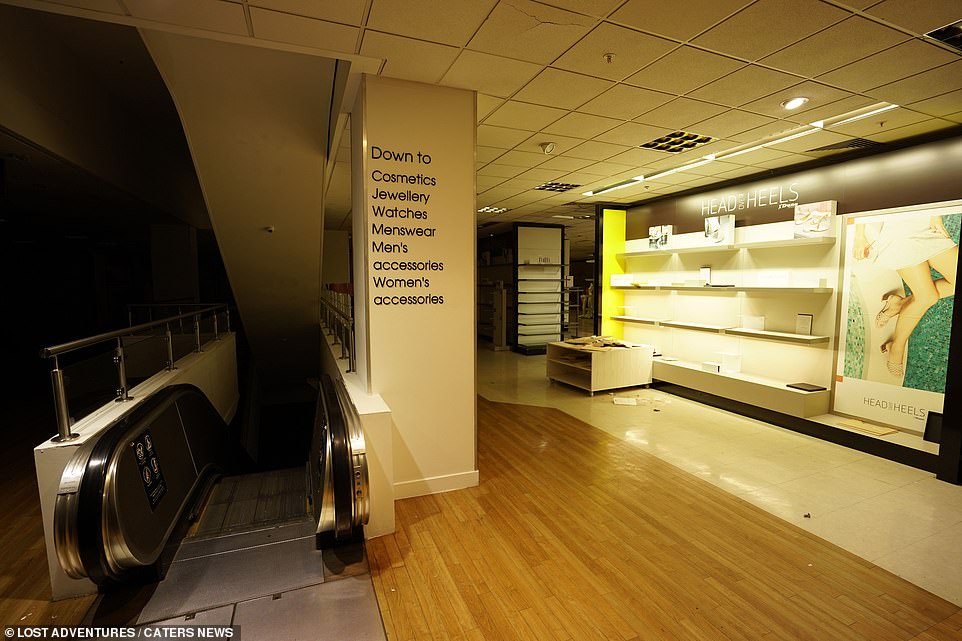