WASHINGTON – Capitol Police Chief Thomas Manger told a Senate panel Wednesday that 153 officers have retired or resigned in the year since the Jan. 6 attack on the Capitol, leaving the force 447 officers short of its authorized strength.

Another 175 officers are out on any given day for leave or illness such as COVID-19, Manger said, leaving the force able to field about 1,600 to 1,700 officers. The staff shortage forces officers to work more overtime and have leave days canceled, he said.

Manger told the Rules and Administration Committee his goal is to hire 280 officers per year for the next three years to overcome losses from routine attrition and the additional stress of serving in the aftermath of the attack.

“It will be a challenge hiring that many officers,” Manger said. “The real challenge is to make sure you’re hiring the right officers, that we’re hiring good quality candidates.”

More: Ex-president in the crosshairs: Jan. 6 committee puts Trump on notice as US marks riot anniversary 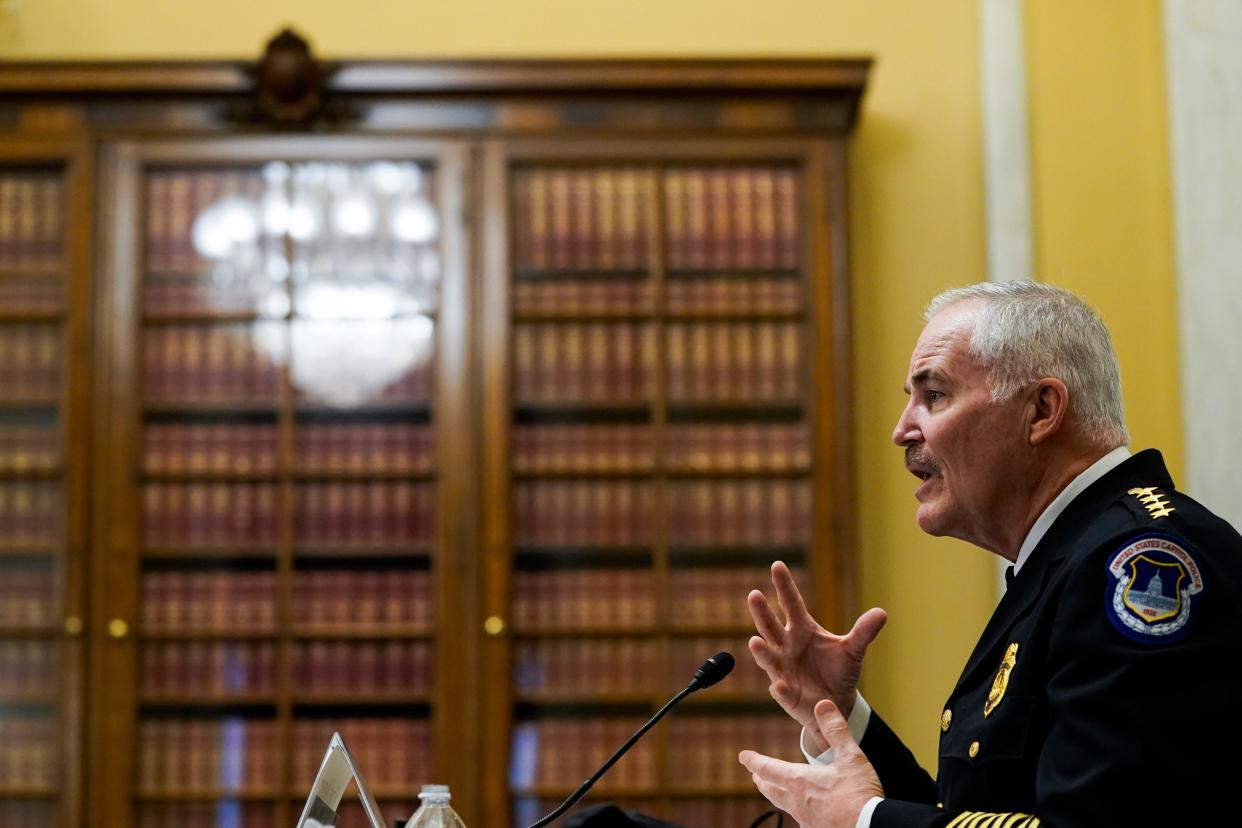 Capitol Police staffing has become a stubborn reminder about the chaos and stress that the Jan. 6 riot wrought on the force. About 140 officers were injured during the attack, when a mob of former President Donald Trump’s supporters ransacked the building to temporarily halt the counting of Electoral College votes that certified President Joe Biden’s victory.

Capitol Police Officer Brian Sicknick died from natural causes the day after the attack, when he confronted rioters and was sprayed with chemicals. Four other Capitol Police and D.C. Metro police officers who defended the Capitol died by suicide in the weeks and months later.

Sen. Amy Klobuchar, D-Minn., choked up in recalling the bravery of officers who she said allowed democracy to prevail that day.

“Right now, we are down officers,” Klobuchar said. “It’s something that you are uniquely challenged to deal with.”

If lawmakers agree to additional funding for the department, Manger said he would like to expand protection for lawmakers in their home districts, threat analysis and security infrastructure. Capitol Police fielded 9,600 threats against lawmakers during the last year.

"We have to increase our staffing," Manger said.

More: ‘This is insane.’ Lawmakers relive Jan. 6 horror alongside fresh trauma of effort to rewrite history

An additional complication in filling slots that are already authorized is that it takes a year of training before officers can be assigned to a post. Manger said his short-term goal is to rehire retired officers, transfers from other agencies and perhaps even contract security officers for locations where an armed police officer isn’t needed, such as in a parking garage.

The top Republican on the committee, Sen. Roy Blunt of Missouri, noted that the police union has opposed hiring contract security officers. But he said the extended stress of being short-staffed was a bigger problem.

"We've overworked our officers in a tremendous way over really the last couple of years now," Blunt told reporters after the hearing.

Manger said he has been in discussions with the union.

“What we agree on is these offices deserve some relief,” Manger said. “Realistically, I think it’s going to take us at least two to three years to get up to our staffing in terms of hiring new officers.”