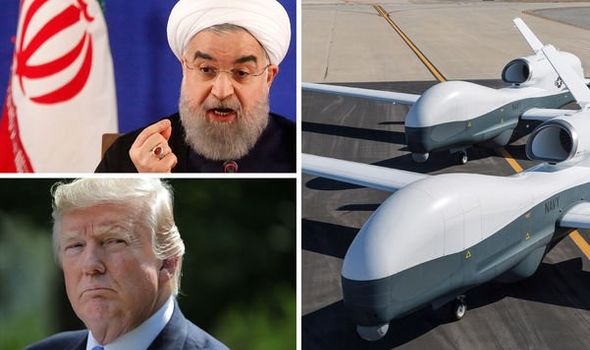 The Federal Aviation Administration (FAA) announced the temporary ban in a statement released early on Friday morning. The statement read: “All flight operations in the overwater area of the Tehran flight information region above the Persian Gulf and the Gulf of Oman are prohibited until further notice due to heightened military activities and political tensions in the region.” The FAA announcement added the tensions posed an “inadvertent risk” to US civil aviation operations.

News of the ban comes as the New York Times reported today US President Donald Trump authorised a retaliatory strike against Iran but pulled out at the last minute.

As late as 7pm Trump was on the brink of overseeing a military strike with diplomats and officials expecting to see one after the events on Thursday, according to the paper.

Officials said the President approved attacks on a selection of Iranian targets including radar and battery missiles.

In response to the downing of an unmanned US surveillance drone on Thursday Trump said at the White House as he began a meeting with Prime Minister Justin Trudeau of Canada: “This drone was in international waters, clearly. 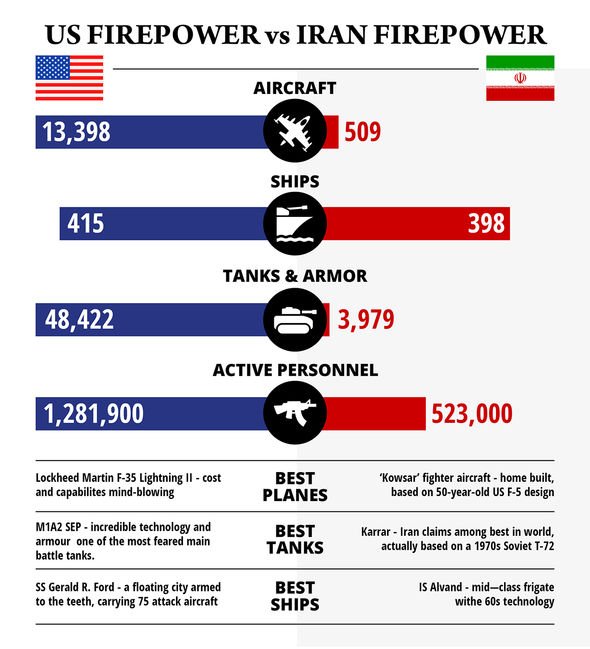 “We have it all documented. It’s documented scientifically, not just words.”

A US official speaking on condition of anonymity said the drone was a US Navy MQ-4C Triton.

Iran’s elite Revolutionary Guards said they had shot down a US “spy” drone in the southern province of Hormozgan, which is on the Gulf, the Guards’ news website Sepah News claimed.

State news agency IRNA also reported on the shoot down but identified it the drone as an RQ-4 Global Hawk.

Lashing out at the news on Thursday President Trump said on Twitter: “Iran made a very big mistake!”