Venice is experiencing devastating levels of flooding, with homes, boats, and businesses all impacted by rising tide levels. Now the historic St Mark’s Square or Piazza San Marco has closed due to the amount of water flooding into the area.

“I invite all … to keep yourselves updated on the level of the water.”

Tide forecast centre CPSM Venezia said water levels were due to peak at 11.20 am local time (10.20 GMT) on Friday, before easing to 3.5 to 3.9 feet during the weekend. 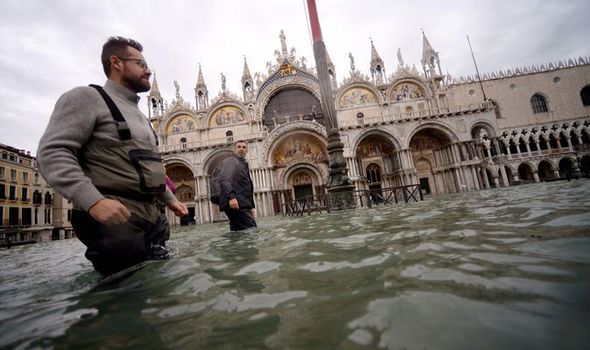 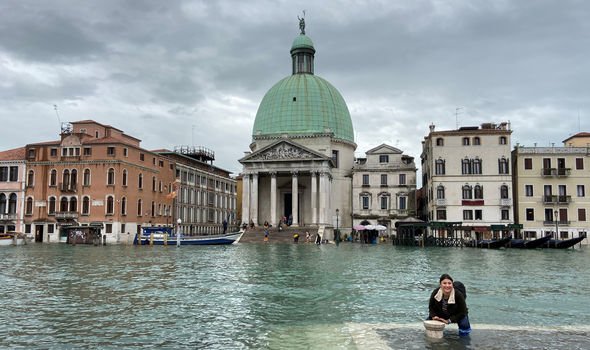 It is not known how long St Mark’s Square will remain closed for.

In normal conditions, water levels of 2.5 to 2.9 feet are generally seen as high but manageable.

Shopkeepers tried to shore up their businesses on Saint Mark’s Square on Friday morning – many said they had closed to customers 10 days ago when levels broke through the 3.6-foot threshold.

Floods have caused the deaths of two people, with one found dead in his home and another killed after being struck by lightning when using an electric water pump. 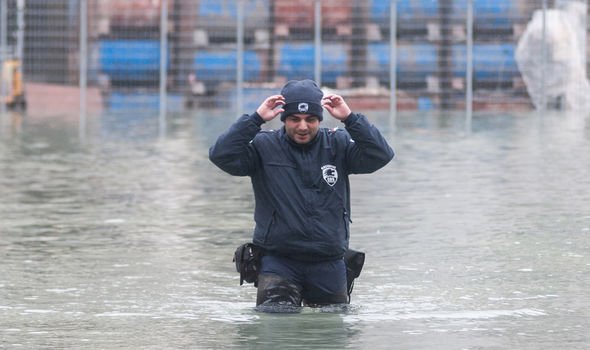 The historic St Mark’s Basilica is underwater as water levels reached the second-highest since records began in 1923.

Prime Minister Giuseppe Conte described the flooding as “a blow to the heart of our country”.

A cabinet meeting declared the state of emergency on Thursday and approved the first measures aimed at helping the city’s recovery.

Mr Conte spent Wednesday night in Venice, where world-famous monuments, homes and businesses were hit hard by the exceptional flooding.

The Deputy Prime Minister of Italy Matteo Salvini visited Venice and met with Mayor Brugnaro on Friday to witness the devastation flooding has caused.

The floods in Venice are an annual occurrence known by locals as acqua alta.

It is caused by exceptional tide peaks which take place periodically in the Adriatic Sea and reach their peak in the Venetian Lagoon.

Usually, acqua alta occurs between autumn and spring and is reinforced by seasonal winds. 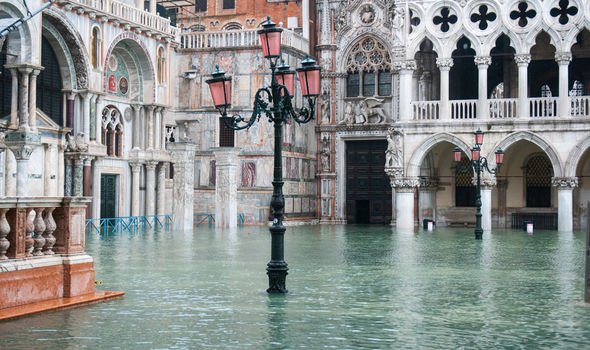 However, the level of flooding seen this year is the worst since 1966, and are being blamed on climate change and environmental shifting.

There is anger among locals as the flood defence has taken so long to build parts have already rusted, which in turn will cost £30 million to repair.

The system – known as Mose after the biblical figure Moses – consists of more than 90 hinged steel gates at the mouth of the lagoon.

The national government declared a state of emergency for Venice on Thursday and allocated an initial €20 million (£17.12 million) to address the immediate damage.

Venetian mayor Brugnaro said on Thursday the city was “on its knees” and blamed climate change for the high water levels.

He said: ”There’s widespread devastation. In all likelihood, the damage runs into the hundreds of millions of euros.”

Prime Minister Giuseppe Conte said the government will hold an extraordinary meeting on November 26 to discuss “governance and the structural problems of the city.”