VILE online trolls have been claiming Ronnie McNutt's suicide video was faked after setting up hoax social media accounts in his name.

Harrowing footage showing the 33-year-old's death was live streamed to Facebook last week and has since been shared widely online. 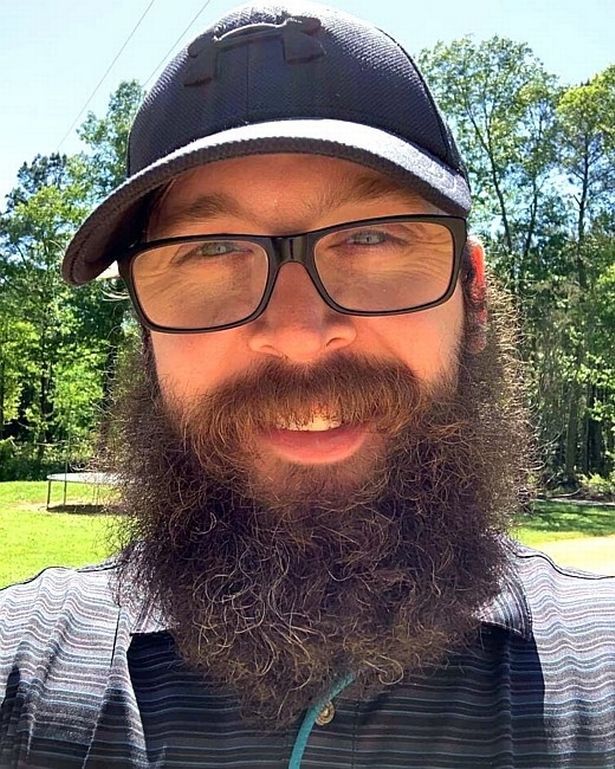 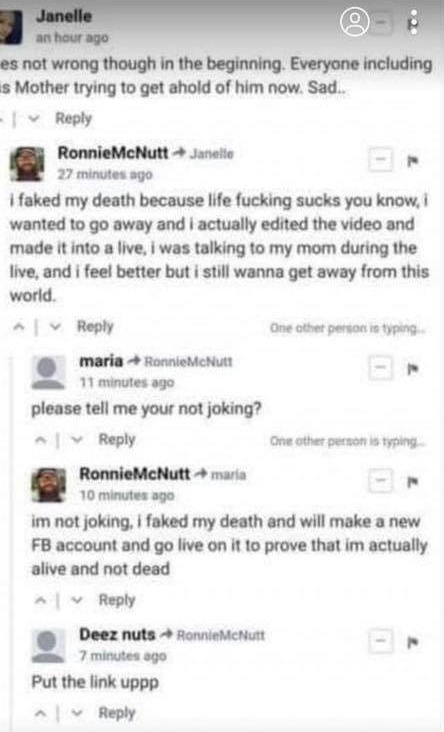 Despite efforts to remove the clip, it has reportedly appeared on Facebook and Tik Tok more than a week after it was first streamed.

Social media accounts have also been set up in McNutt's name by people claiming to be him and that his death was a hoax.

"I faked my death," read a post from one.

"I wanted to go away and I actually edited the video and made it into a live.

"I feel better but I still wanna get away."

McNutt's death has also led to a flurry of tributes on his Facebook page, with users encouraging others to seek help if they are experiencing suicidal thoughts.

"Although I did not know him, I hope his family will find peace in this trying time," wrote on.

"Please everyone, if you feel depressed reach out to friends, family, even strangers."

"Poor guy I'm so sorry man I wish I saw u needed somone I would have tried to help," said another.

McNutt, 33, was an army veteran living in Mississippi who had reportedly suffered from PTSD.

He was also a member of Celebration Church Tupelo, which confirmed his death in a post on its Facebook page on September 1.

"In the midst of a sudden tragedy that occurred last night, we grieve with the McNutt Family during this time because passing of our brother in Christ, Ronnie McNutt," church leaders said.

"Ronnie will be missed by all who loved and knew him.

"He was very caring, committed, loyal, dependable, and eccentric. He served his church faithfully and was loved by many."

Friend Josh Steen has said Facebook is "directly responsible" for the clip having been streamed online and spread around the internet.

“Facebook could’ve stopped this and didn’t,” he told Heavy.com.

"YouTube can flag you for using two seconds of a copyrighted song, but can’t seem to filter out my friend ending his life.

"It does not make sense.”

Other social media users have described the impact viewing the clip had on them.

"If you see this guy on your For You page, please scroll up immediately," one said.

"It's very gruesome and I highly suggest you stay away from TikTok for a while."

Another said they were left "shaking" after watching the "very terrifying and gory" video.

After footage of McNutt's death spread online, a Facebook spokesperson said: "We removed the original video from Facebook last month on the day it was streamed and have used automation technology to remove copies and uploads since that time.

"Our thoughts remain with Ronnie's family and friends during this difficult time.” 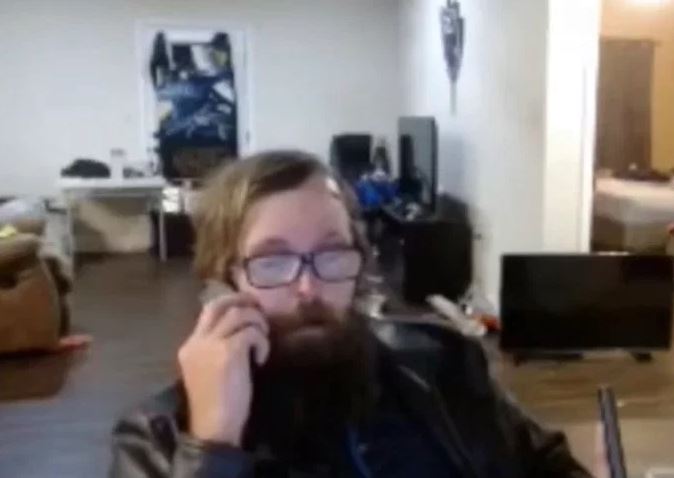