Vladimir Putin has enjoyed a weekend break to Siberia with his defence minister Sergei Shoigu.

The Russian president, 68, was filmed driving a military vehicle through a forest, enjoying an outdoor meal and drinks at a booth draped in animal skins, and admiring a piece of carved wood in Mr Shoigu’s workshop.

Mr Putin is known for releasing hyper-masculine images of himself. 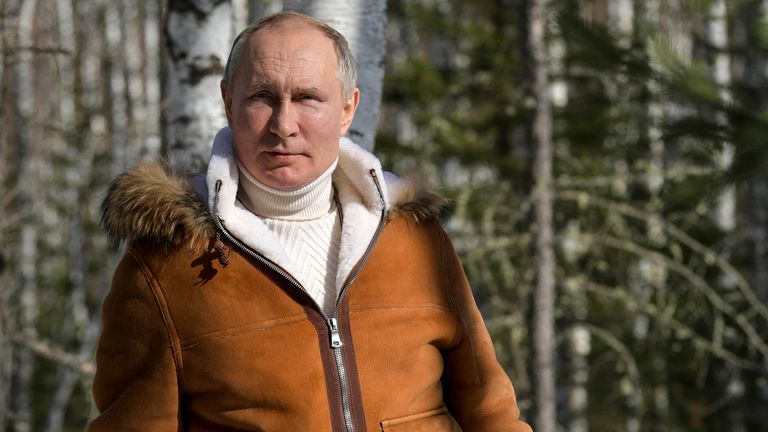 In January 2018 he shed a sheepskin coat and felt boots before taking a dip in water 5C (23F) water to mark the Christian Orthodox feast of Epiphany.

In 2009 he was famously pictured shirtless atop a horse during a mountain holiday, and in August 2017 the scantily clad president paraded both his torso and fish he had caught in a Siberian lake.

The Siberian trip came amid increased tensions with the US over a recent comment by President Joe Biden. 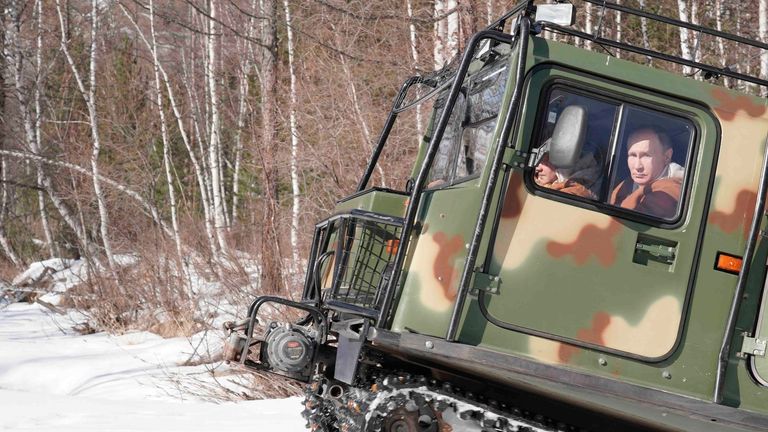 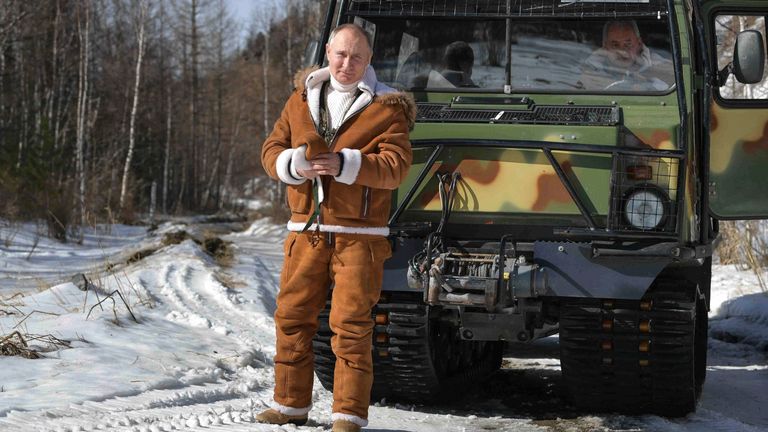 Earlier this week Mr Biden replied “I do” when asked in an interview if he thought Mr Putin was a killer.

He also described the Russian leader as having no soul and said he would “pay a price” after an intelligence report said Mr Putin had approved operations to help Donald Trump in last year’s election – something the Kremlin denies.

In response, Russia recalled its ambassador to Washington for consultation and warned there could be further action. 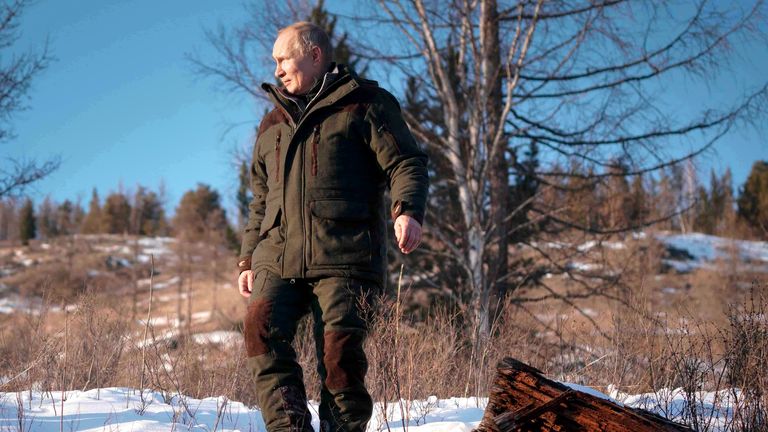 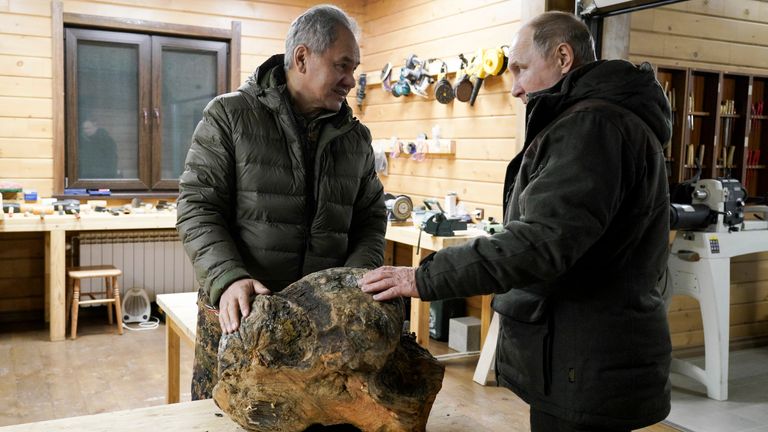 Mr Putin later responded to Mr Biden by citing a Russian children’s playground chant that “he who said it, did it,” and pointed to America’s history of slavery, killing Native Americans and the atomic bombing of Japan in World War II.

Speaking in a video call to mark the 2014 annexation of Crimea, he said he would still cooperate with America – but only when it is in Russia’s interests – and offered to hold live online talks with Mr Biden.

The White House turned this offer down on Friday, saying Mr Biden would meet with Mr Putin “when the time is right”.

“[Mr Biden’s] not going to back off,” White House spokeswoman Karine Jean-Pierre said.

“He’s going to be very frank and very open about that relationship.”

She added: “The president will meet with president Putin when the time is right.

“President Biden and president Putin have different perspectives of their respective countries, but where they agree is that we should continue to look for ways to work together where it is in our mutual interest.”