Workers’ real incomes are still going backwards, with the most recent workplace agreements showing the typical pay rise was just 3 per cent, despite soaring inflation.

An analysis by The Sunday Age and Sun Herald of 72 collective agreements lodged this week with the Fair Work Commission found only two had pay rises higher than the latest annual consumer price index (CPI) of 5.1 per cent. The agreements covered workers in industries including coal mining, construction, local government, nursing homes and childcare. 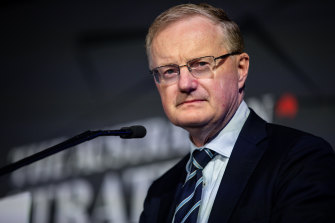 While the Reserve Bank, most industry groups and some economists have warned about risks from wages rising quickly to meet the sharply increasing cost of goods and services, that concern is yet to be reflected in large wage increases.

The analysis showed the median wage rise in the first year of the collective agreements was 3 per cent while in more unionised sectors, such as in warehouses and construction, there was stronger wages growth.

In total, a third of the agreements lodged this week had pay rises of 4 per cent or higher, while in non-union agreements wage increases of 2 per cent or lower were common.

Reserve Bank governor Philip Lowe recently warned of risks to higher unemployment if wages rose too quickly to match inflation, which is forecast by the bank to reach 7 per cent later this year. He wants economy-wide wage increases of up to 3.5 per cent. 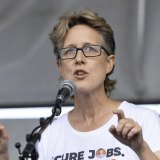 ACTU secretary Sally McManus said “our biggest concern is obviously that the prosperity is just not being shared.”Credit:Alex Ellinghausen

“We can have increases in some parts of the labour market bigger than that for a short period of time,” he said. “But if wage increases become common in the 4 and 5 per cent range … then it’s going to be harder to return inflation to 2½ per cent.”

The analysis of workplace agreements lodged this week shows the average increase – lifted by a few very high wage outcomes – in base hourly rates was about 3.3 per cent. For the March quarter, research by the attorney general’s department showed a 2.6 per cent increase in the 862 workplace agreements it analysed.

Those earlier agreements were negotiated before the sharp increase in inflation. Some of the deals lodged this week tied pay increases to the CPI or the recent Fair Work decision to lift minimum and award wages by 4.6 to 5.2 per cent.

One deal, involving an Illawarra steel construction company, had a 10 per cent pay rise in its first year, that dropped to 2 per cent a year for the following two years.

The attention on wages growth comes ahead of the Albanese government’s Jobs + Skills summit in early September, which is focusing on “secure well-paid jobs”, lifting productivity, migration and equal pay for women.

ACTU secretary Sally McManus said this week the summit would be different to the Hawke government’s 1983 summit as the issue now was that wages had failed to keep pace with profits.

Business Council of Australia chief executive Jennifer Westacott this week struck a different tone to other industry groups on wages.

“The reason people feel they can’t get ahead is that their wages haven’t kept pace with living costs, and they’ve fallen well below rising inflation,” Westacott said. “In Hawke’s time, median house prices were about three times average wages, but these days they are almost eight times.”