First Minister Mark Drakeford today banned English holidaymakers from enjoying a break in Wales after it reopens its tourism industry at the end of the month.

The Welsh Labour leader said a further reopening of the sector, which will start with self-contained accommodation on March 27, would be halted if providers were welcoming people from over the border.

The English tourism industry does not restart until April 12 under Boris Johnson’s roadmap, leaving a fortnight when Wales will be a destination beforehand.

But Mr Drakeford said a holiday in Wales would be restricted to those living in the country at least until England unlocks.

Today he confirmed Wales would move to a ‘stay local’ period from Saturday for two weeks before travel rules are lifted in time for the partial return of holiday lets for Easter.

But he added: ‘People who let accommodation should not be taking bookings from people who live outside Wales.

‘England will still be in a position where their rules say to minimise travel, no holidays, no staying away from home overnight.

‘And that means they will not be able to take advantage of accommodation in Wales. 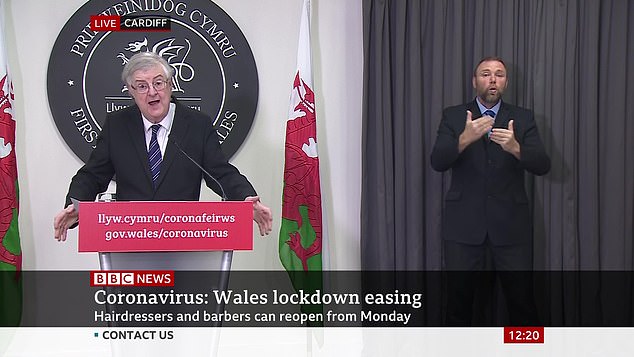 The Welsh Labour leader said a further reopening of the sector, which will start with self-contained accommodation on March 27, would be halted if providers were welcoming people from over the border. 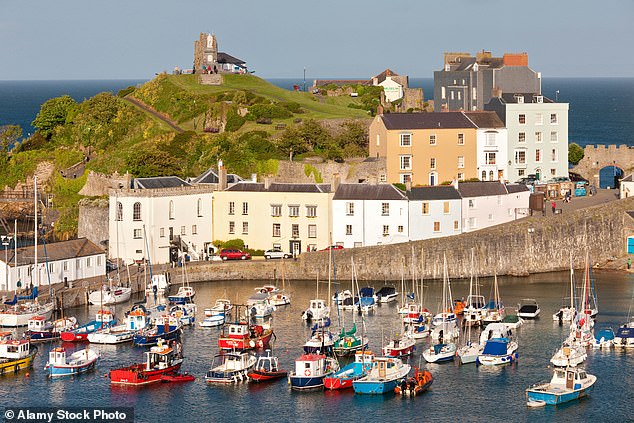 The English tourism industry does not restart until April 12 under Boris Johnson’s roadmap, leaving a fortnight when Wales will be a destination beforehand. Pictured is Tenby in Pembrokeshire

‘The Government can only proceed on the basis that the law is going to be observed and it’s for English authorities to enforce the English regulations.

‘We will be talking with our local authority colleagues and with the police next week, just to see if there is anything we need to do to mobilise our own enforcement authorities.’

Speaking at the Welsh Government’s press briefing in Cardiff later on Friday, Mr Drakeford said he was ‘making the rules for people in Wales’ and said the reopening of self-contained accommodation excluded places where facilities have to be shared with others.

Mr Drakeford added: ‘If the industry were to act irresponsibly, the penalty would be we wouldn’t be able to carry on reopening the industry.

‘I know there are rogues in any part of life.

‘But I think that the industry will absolutely recognise that we want to go beyond self-contained accommodation.

‘We want the tourism industry in Wales to have a longer and better season this year than we managed last year.

‘We won’t be able to do that if people undermine the agreement that we have for how to proceed in that first step.’

From tomorrow, four people two households in Wales will also be able to meet outdoors to socialise, including in gardens – while outdoor sports facilities, including basketball courts, tennis courts and golf courses, can reopen.

Hairdressers and barbers can reopen for appointments from Monday, the same day that all primary pupils and those in qualifications years can return to schools.

But the rules in England remain that only two people from two households can meet outside in public. The next relaxation is due on March 29, when six people can meet outside.  And hairdressers and barbers must stay closed until April 12.

The Prime Minister is resisting demands from Tory MPs to speed up his roadmap, and will stick with his four-step easing on March 29, April 12, May 17 and June 21.