A three-year federal police investigation into alleged war crimes committed by an Australian special forces soldier in Afghanistan may have been compromised because detectives unwittingly obtained tainted information in what looms as a major blow to police and prosecutors.

The problem relates to the referral to the Australian Federal Police in 2018 of information uncovered by the military Inspector General’s war crime inquiry, known as the Brereton inquiry, which finished a year ago. 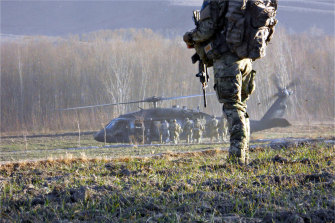 A special forces soldier on the ground in Afghanistan.Credit:Defence Department

While police can act on much of the information uncovered by the Brereton inquiry, they are banned from using certain witness transcripts if they are infected by disclosures from soldiers who have since become police targets.

But according to four official sources not authorised to comment publicly, it has impacted on aspects of the AFP probe into a former SAS operator, known as soldier Q.

Soldier Q is under investigation over allegations he is implicated in one or more prisoner executions while serving with the SAS in Afghanistan some time between 2006 and 2010. The Age and The Sydney Morning Herald are aware of the precise allegations, including the fact that they have been partly corroborated by multiple witnesses, but is withholding them for legal reasons.

The existence of the police investigation into soldier Q has not before been made public, nor has the concern that the inquiries into him may have been inadvertently sullied.

The area of law that governs how police may use Brereton inquiry information is complex, partly because it has not been thoroughly tested before the High Court.

Four official sources who briefed The Age and The Sydney Morning Herald had differing opinions on the damage caused by the AFP’s handling of information, with one stating it was fatal to the man’s prosecution but another stressing that it could be remedied.

A third source said the Office of the Commonwealth Director of Public Prosecutions was being unnecessarily conservative in its damage assessment, given the legal uncertainty and the fact that the criminal brief of evidence about soldier Q was yet to be finalised.

The revelations are sensitive for the AFP given the high-profile nature of its war crimes investigations and concerns in defence and political circles that the agency lacked the legal expertise to investigate the allegations when they were referred to it by the Brereton inquiry in 2018.

But the potential compromise of an aspect of the AFP’s work is also significant because it highlights the challenges facing the newly created war crimes agency, the Office of the Special Investigator.

The office was launched in January to investigate the alleged war crimes unearthed by Justice Paul Brereton except those few cases referred to the AFP in 2018. It is the first anniversary of the Brereton inquiry’s final report, which last November identified credible information that up to 39 Afghan prisoners and civilians may have been executed by Australian special forces soldiers.

Information provided by the Office of the Special Investigator senior official, Chris Moraitis, in recent Senate estimates hearings suggests the new agency has implemented a far more rigorous information-quarantining process than the AFP implemented in 2018, although this has produced significant investigative delays that federal agents may have wished to avoid.

The assessment from one official is that the possible compromising of the future prosecution of soldier Q could have been avoided if the AFP had implemented a stricter system to quarantine its detectives from certain Brereton inquiry information when it was handed to police in May 2018.

This assessment is challenged by two other officials with knowledge of the AFP probe and who have stressed that a court may dismiss concerns the tainted information was infected to a degree where it collapses a future prosecution.

"Until this is tested in the High Court, we just don't know," one of the sources said.

As with many royal commissions, Justice Brereton’s four-year war crimes inquiry forced soldier suspects to forgo their right to silence and answer questions under oath. But these same suspects were protected by “derivative use immunity” laws which prevented their answers being used in any way to guide future investigations. 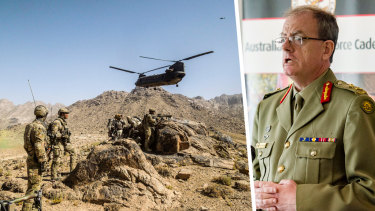 “The only way to handle information potentially covered by a derivative immunity protection is to place it completely aside. Otherwise, there can be all sorts of consequences [for future prosecutions],” Mr Charles said.

Mr Blewitt said any agency handling potentially tainted information must “do their homework before investigating because of the risk future evidence can be thrown out by a criminal court”.

Official sources with knowledge of the soldier Q allegations said legal flaws in the case against him could be potentially repaired by assigning it to new investigators and collecting fresh statements and information from witnesses or other sources. Another option involves referring the allegations — minus the tainted information — to the Office of the Special Investigator to begin a new probe.

But even if successful, any such efforts would almost certainly delay future prosecutions.

An official close to Defence Minister Peter Dutton said he was one of those who had expressed concern about the difficulty faced by the AFP in investigating war crimes and this was among the reasons why Mr Dutton had created the Office of the Special Investigator.

The AFP has in the past 18 months appointed senior officers to oversee war crimes cases and its liaison with the Office of the Special Investigator.

The Commonwealth Director of Public Prosecutions is still assessing the strength of the AFP case against Mr Roberts-Smith, who denies all wrongdoing and who has sued this masthead for alleging his involvement in war crimes.