The RAF was called to respond to a Russian SU-30 fighter aircraft flying to the north of Estonia on Friday evening. But as the Typhoon pilot guided the fighter out of Estonia, they realised there was another military aircraft there too. A Typhoon pilot from XI Squadron said at the time: “We were scrambled to intercept a contact close to Estonian airspace in the early evening, between two periods of poor weather.

“Shortly after getting airborne we came alongside a SU-30 Flanker fighter aircraft.

“We escorted the fighter over the Baltic sea, around Estonia and passing over another Russian military transport aircraft in the process.”

After the intercept was completed without a hitch, crews were also scrambled the following day on Saturday June 15.

This is because another Russian SU-30 Flanker fighter and an Ilyushin IL-76 Candid transport aircraft had flown towards Estonian airspace. 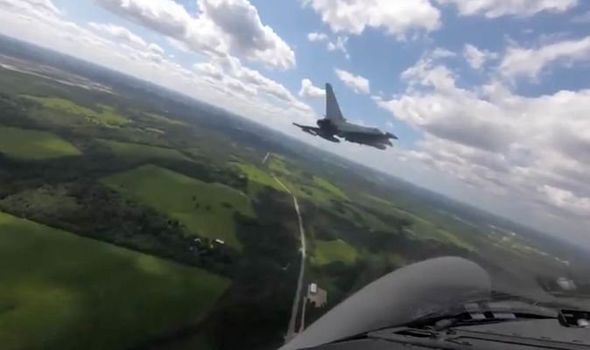 The planes reportedly came from Kaliningrad, which is a small Russian province located between Poland and Lithuania and separate from mainland Russia.

A Typhoon pilot said after completing the interception: “We scrambled to intercept two contacts that were approaching Estonian airspace from the south.

“We escorted the two aircraft for 15 minutes as they transited back towards mainland Russia.

“We then handed over responsibility to two Finnish QRA aircraft, which had also been scrambled as the Russian aircraft operated on the airspace boundary between Estonia and Finland.” 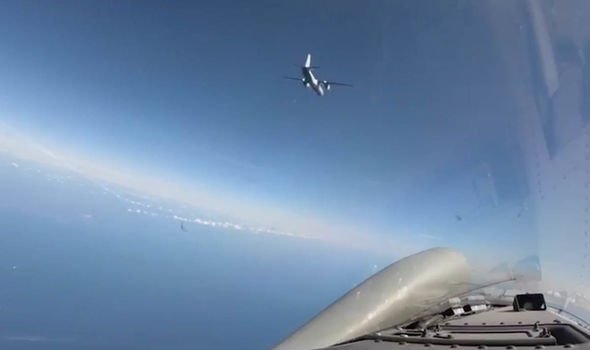 A spokesperson for the Ministry of Defence also said the aircraft in both situations “were flown at a safe distance and operated in a professional manner throughout”.

The latest interception comes after the Russian Su-27 fighter jet was scrambled to intercept the USAF and Swedish reconnaissance planes last Monday, according to state-owned TASSS news agency.

It then escorted them away from the Russian border after the planes met in neutral airspace to prevent a breach of Russian airspace.

The Russian defence ministry said in a statement: “In order to intercept the targets, a Su-27 fighter of Russian Baltic Fleet’s Air Defence on-duty forces took off.

“It approached the air objects at a safe distance and identified them as a US Air Force’s RC-135 and a Swedish Air Force’s Gulfstream reconnaissance aircraft. 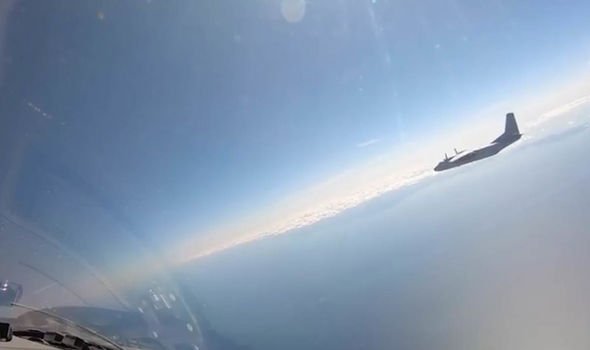 “The Su-27 pilot reported on the identification of foreign reconnaissance aircraft and accompanied them, preventing violations of the Russian airspace borders in compliance with all necessary security measures.

The flight of the Russian Su-27 was carried out strictly in accordance with international rules for the use of airspace.”

A US military official confirmed the meeting, but said it was “safe and professional”.

Another US official told CNN: “A RC-135 was flying a routine mission in international airspace over the Baltic sea.”