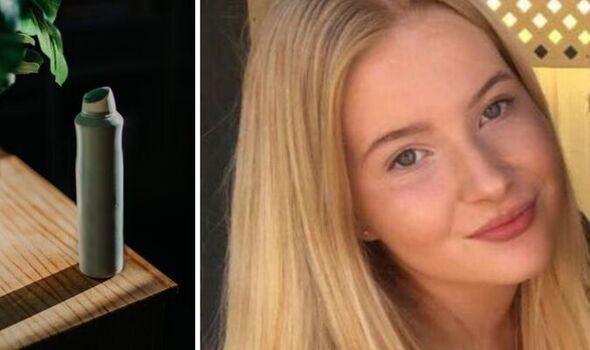 The body of Brooke Ryan, 16, was found by her mother, Anne, at their home in Broken Hill, New South Wales, Australia, on February 3. The teen, who was about to start Year 11, was lying face down with a can of deodorant and a tea towel underneath her. The talented athlete died of a suspected heart attack after sniffing the aerosols in the deadly activity known as “chroming”.

There have been a number of calls for restrictions on the sales of deodorant cans in a bid to ban the deadly trend – with an Australian school teacher previously speaking out.

Mum Anne Ryan spoke out about her daughter’s death on Mother’s Day in Australia, May 8, to warn other parents of the dangers.

Ms Ryan told the Sydney Morning Herald: “I wake up, I think of her, I go to sleep and think of her… Every day is a nightmare.

“She was a beautiful girl with a heart of gold, who’s just so sorely missed, and would be absolutely devastated to know the negative impact she’s had on so many people from her death.”

Brooke was a keen athlete who was a member of the North Football Club and academy squad for the Greater Western Sydney Giants Football Club.

Ms Ryan believes her daughter died of sudden sniffing death syndrome, although the coroner’s report has yet to be released.

Organisers from her local Australian Football League paid tribute to her following her tragic death.

Ms Ryan said Brooke struggled with anxiety, especially during the pandemic but had dreams of becoming a lawyer, physiotherapist, or a beautician when she was older.

Ms Ryan is pushing for more people to learn about the risks of inhalants as the deadly trend is becoming more popular among younger people.

She also wants deodorant cans labelled to set out the risks of inhaling aerosols.

It is claimed that children as young as seven were addicted to sniffing from cans, paint tins, peroxides, and hair dyes.

The New South Wales Poisons Information Centre received a spike in reports about aerosols between 2017 and 2020, with experts claiming calls doubled during that time.

Clinical toxicologist Dr Ingrid Berling revealed about half of the calls to the helpline had involved children under 11.

She also found that young boys and men are more susceptible to sniffing fumes.

“What’s concerning in the data is that there’s a young group of children that are exposed to recreational drugs,” Berling told the Sydney Morning Herald.

“It’s only a small percentage of all of the drugs and alcohol and other drugs that are used, but it’s concerning that there are 12 and 13-year-olds that are known to be using hydrocarbons as a recreational drug.”

She will present her full findings to the Clinical Toxicology 2022 Conference later this month.