STORM Elsa is expected to rip through Florida, battering the state with torrential rain and tornadoes – with fears the extreme weather could throw the Miami condo search into jeopardy.

The Sunshine State appears to be directly in the tropical storm's path, which is due to hit the US as early as Tuesday morning after wreaking havoc in Cuba and a series of Caribbean islands. 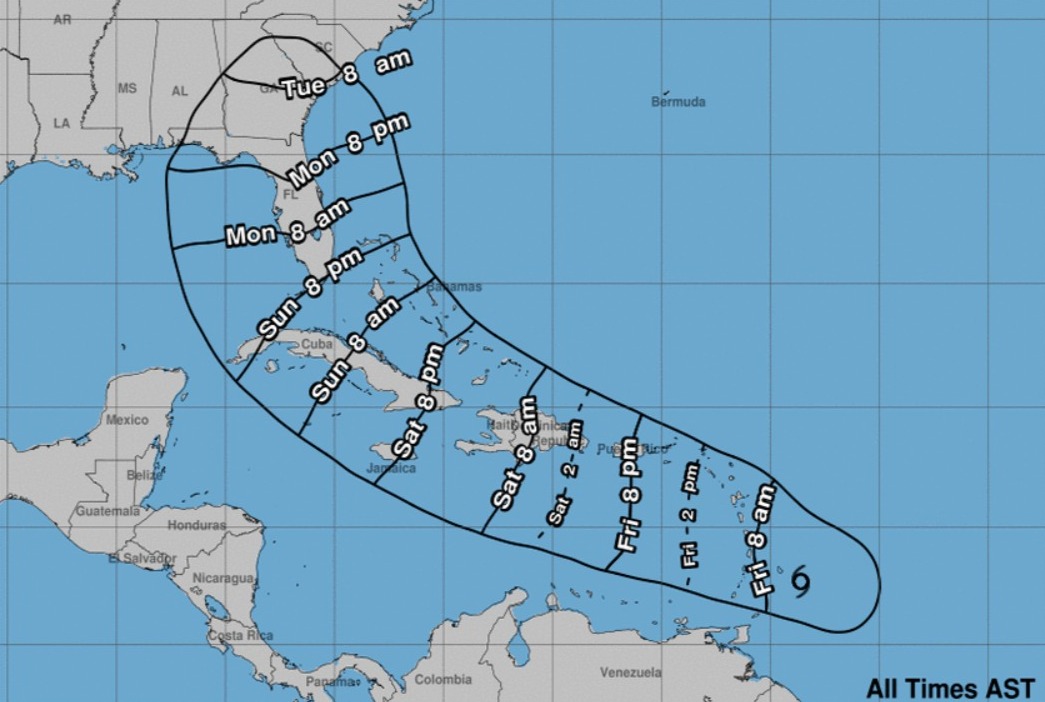 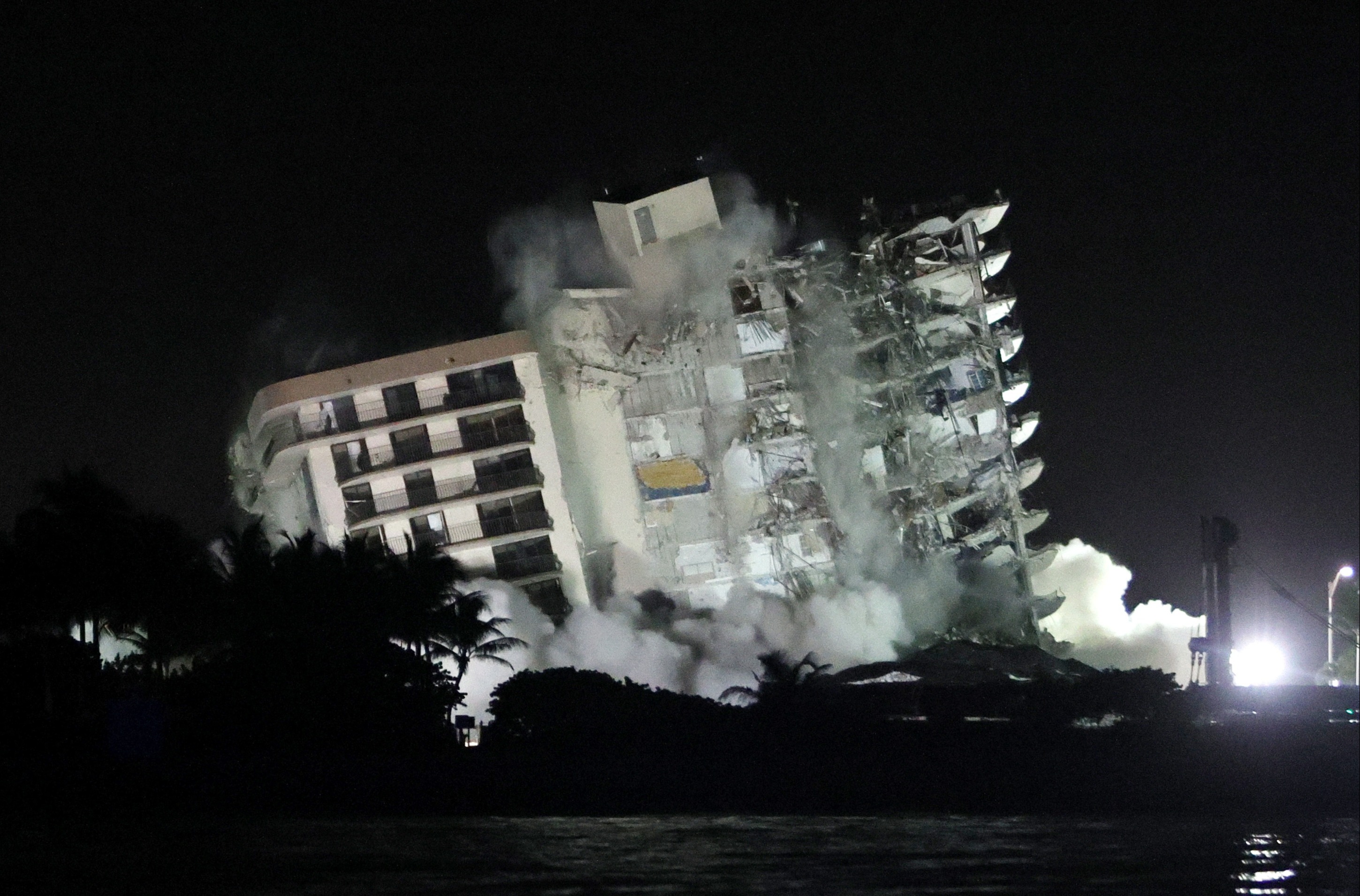 Three people have been killed by the storm as it slammed the southern coasts of Haiti and the Dominican Republic on Saturday with 65mph winds.

The National Hurricane Center ramped up its tropical storm warning and watches on Florida's western edge on Monday after more than 180,000 were evacuated in Cuba.

Gov Ron DeSantis has declared a state of emergency in 15 counties – including Miami-Dade – with warnings of flooding and even tornadoes.

"All Floridians in the potential path of this storm need to prepare for the risk of isolated tornadoes, storm surge, heavy rainfall, and flash flooding,” he said.

With Florida bracing for a battering from Storm Elsa, it is feared the weather could endanger search efforts to find more than 120 people missing after the Champlain Tower South Condo in Surfside collapsed.

The remaining portion of the partially collapsed condo was demolished ahead of storm Elsa last night – despite pleas from survivors to save their pets. 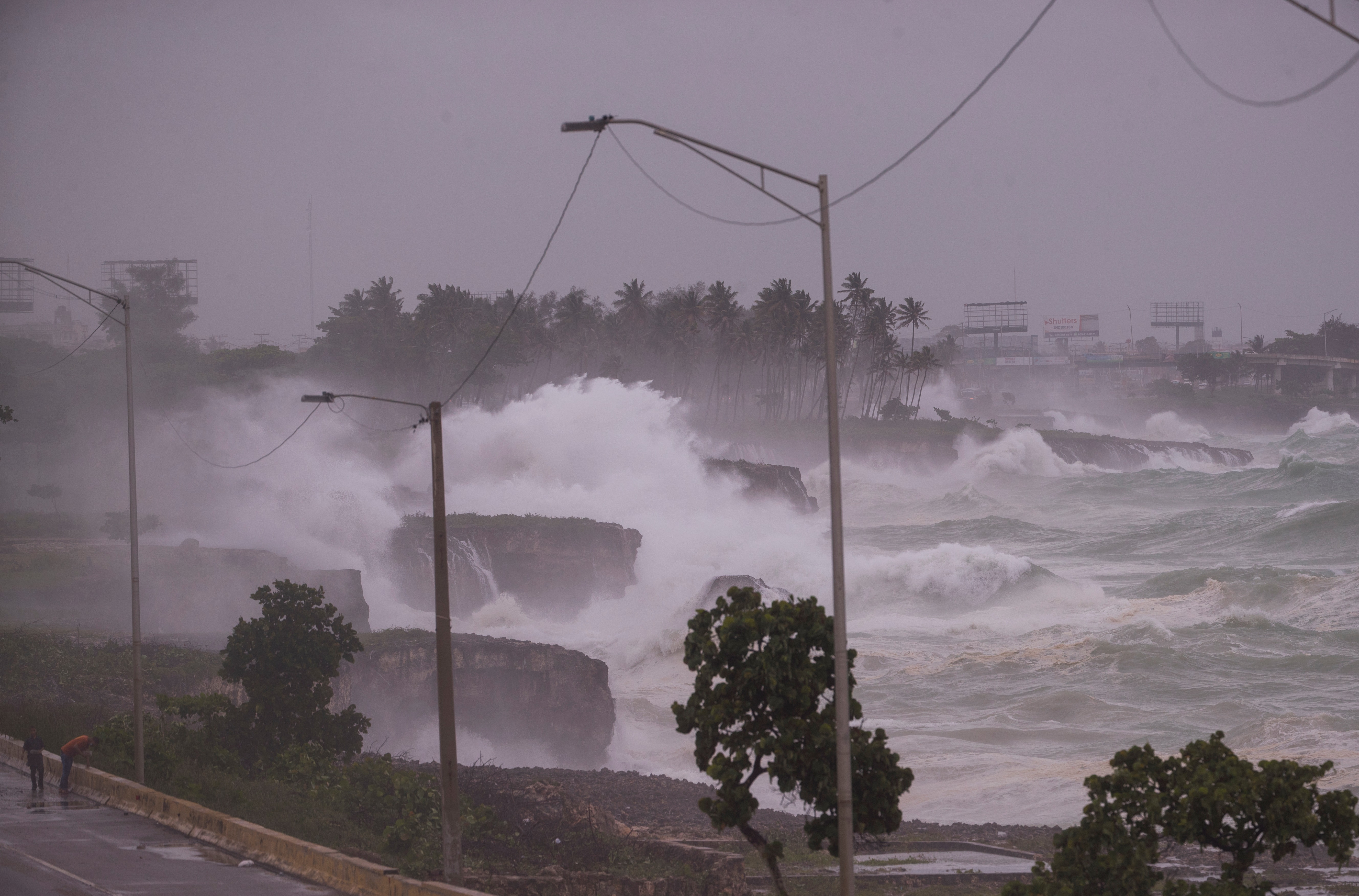 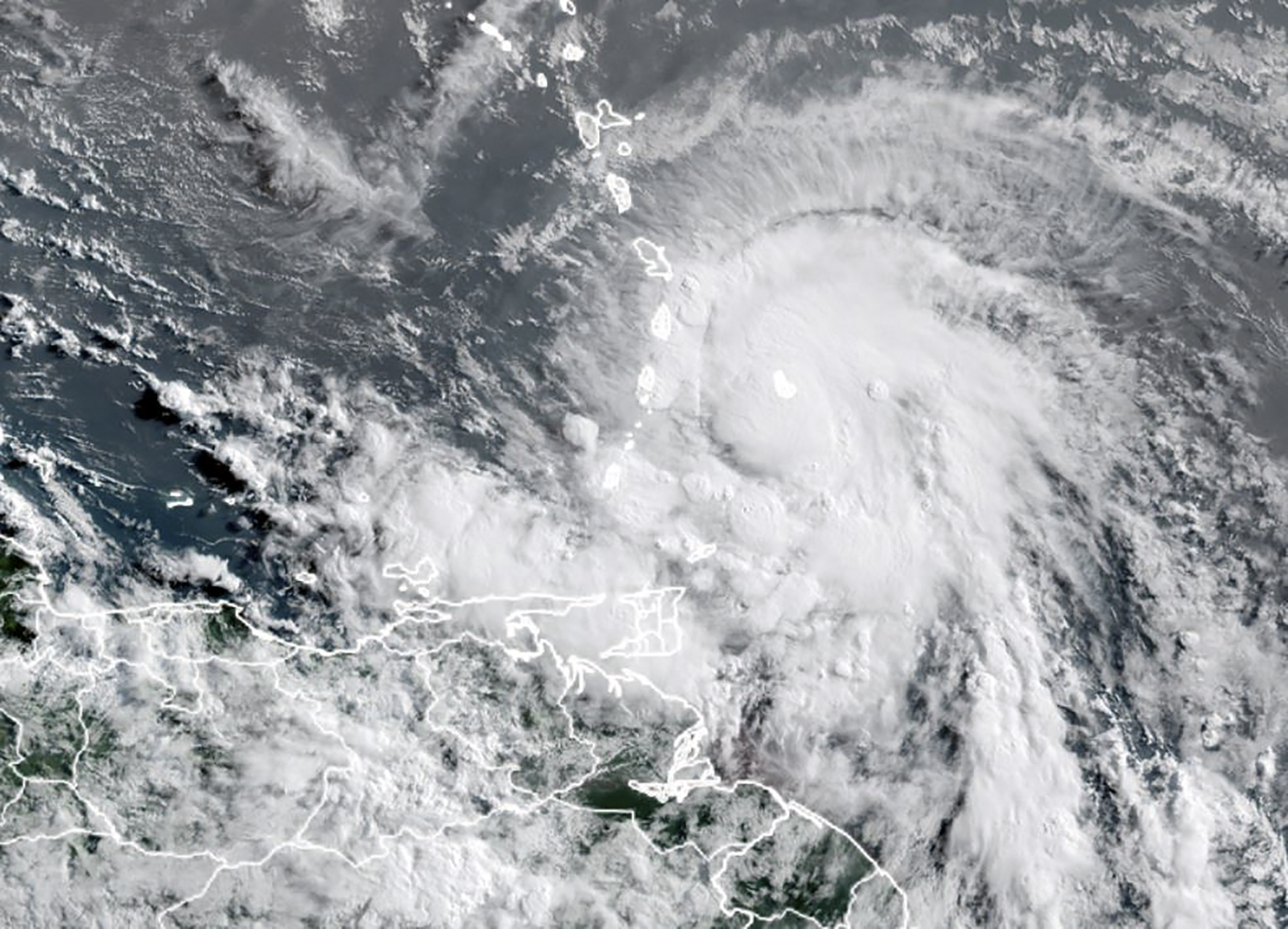 Explosions were heard at about 10.30pm ET before the building started to fall. The move is a key step to resuming the search for victims as rescuers try to gain access to new areas of the rubble.

Mayor Daniella Levine Cava said bringing the building down in a "controlled manner" was "critical" to expanding the scope of the search.

"Truly, we could not continue without bringing this building down," she said.

"The standing structure also posed a threat to public and safety, particularly as the storm approached, given that the tropical storm force winds could have brought it down in a manner that could not have bene as controlled and predicted."

Hurricane Elsa was downgraded to a tropical storm on Saturday, but still poses a huge risk as it continues to barrel its way towards Florida.

The storm is expected to takeover much of Cuba on Monday evening, beforereaching in the Florida straits on Tuesday morning.

Forecasters predicted rain, storm surges, and strong winds from Elsa to affect the area and the Florida peninsula early this week.

According to the National Weather Service, gusts as high as 57mph could hit at about 7am on Tuesday.

Tampa Bay and Bradenton could be hit by up to six inches of rain, while the Keys are likely to see up to four.

Forecasters say gusty winds and heavy rain could hit South Florida through to Wednesday as the storm passes up the west coast.

The state of emergency was issued in 15 counties that are in the potential path of Elsa. 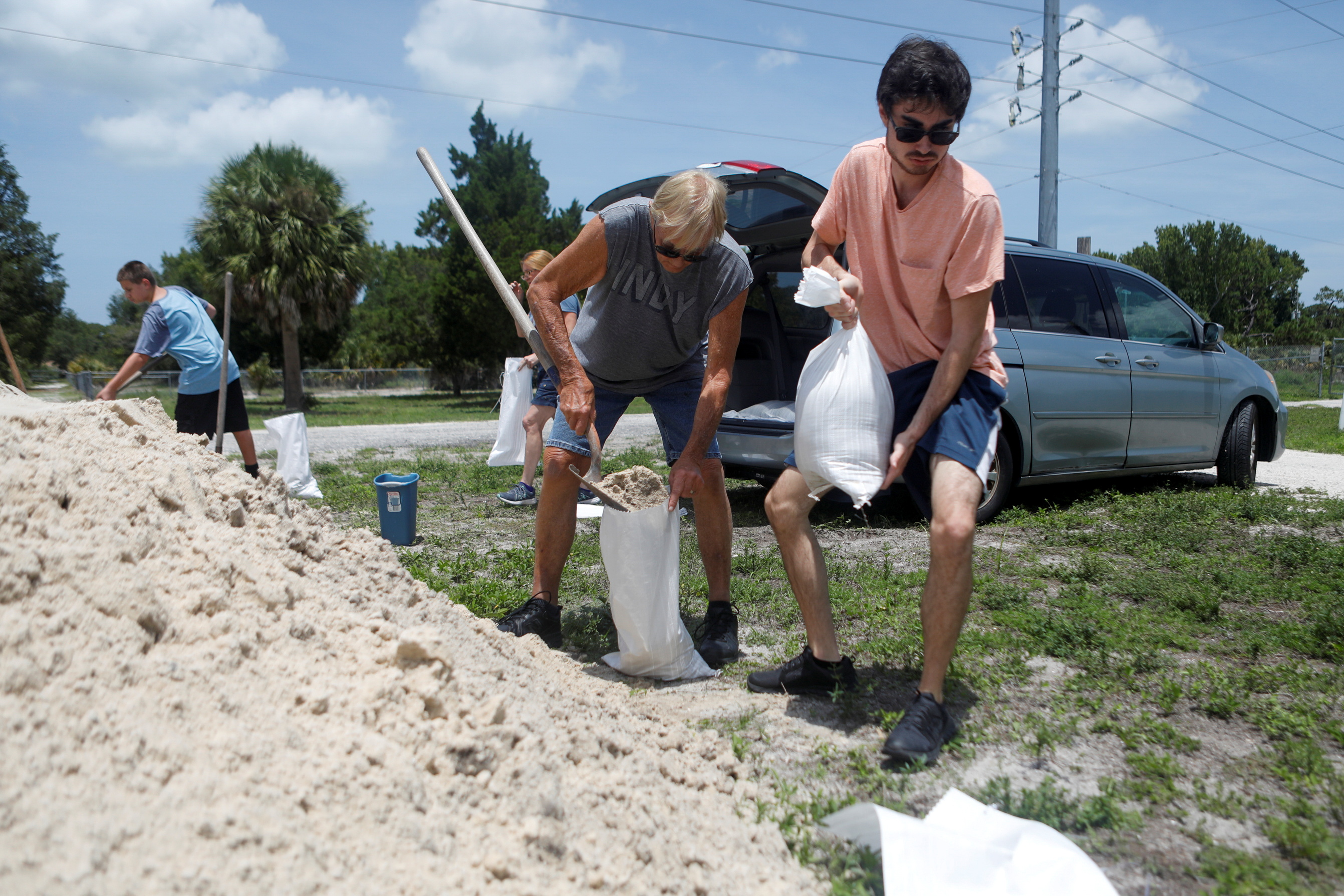 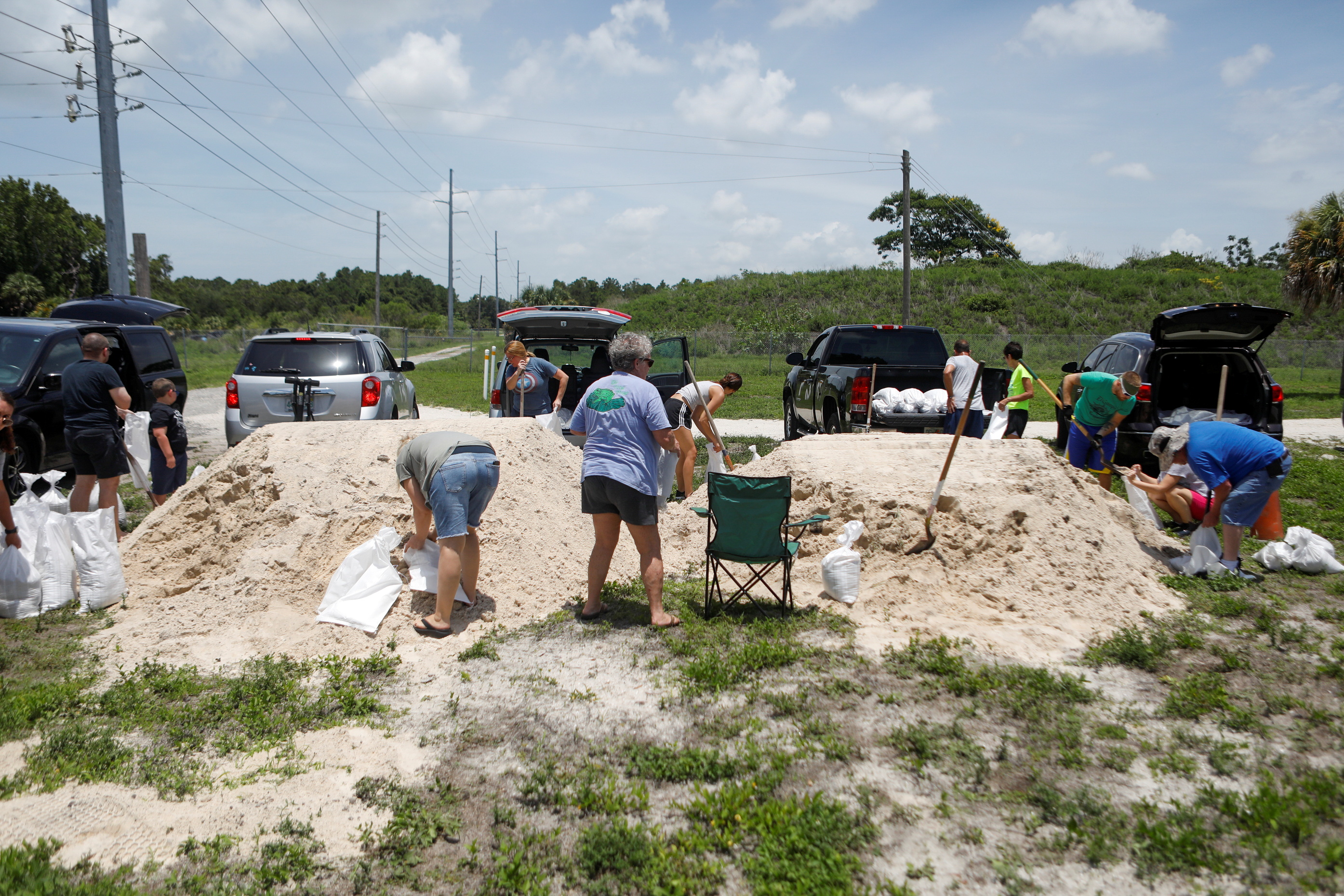 This was issued to give state and local governments ample time, resources, and flexibility to prepare for the storm to hit.

NHC meteorologist Robert Garcia said: "It isn't unreasonable for South Floridians to be ready for the potential of a Category 1 hurricane knocking on our door early next week."

It comes after Elsa pummeled several Caribbean islands over the weekend, with one death reported in St. Lucia, according to the Caribbean Disaster Emergency Management Ag

Meanwhile, a boy, 15, and a 75-year-old woman died on Saturday in separate events in the Dominican Republic after walls collapsed on them.

In Barbados, more than 1,100 residents reported damage to property and at least 62 properties collapsed as the island was battered with strong gusts and torrential downpours.

Downed trees also were reported in Haiti, which is especially vulnerable to floods and landslides because of widespread erosion and deforestation.

Banana and plantain crops were battered in St Vincent as wind speeds of 85mph (140kph) were recorded.

Elsa's storm surge was expected to raise water levels by as much as one to five feet (30 to 152cm) above normal in some areas.