Singapore: The Sri Lankan navy has been given priority access to fuel on the crisis-hit island as it tries to stop a surge of boats leaving for Australia while conceding it will be difficult to catch them all.

The Australian Border Force intercepted at least three vessels from Sri Lanka in the past month, as hundreds tried to flee a devastating economic meltdown, while the Indian Ocean nation’s own navy stopped an additional seven boats, it said on Monday. 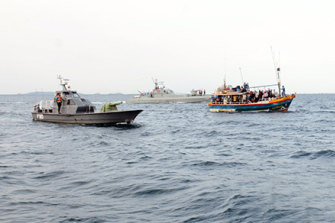 A picture supplied by the Sri Lankan navy of an alleged asylum seeker boat bound for Australia earlier this month.Credit:Sri Lanka Navy

Australia announced on Monday that it would provide $50 million in development assistance for urgent food and health care in Sri Lanka, which was reeling from soaring prices and acute shortages of food, petrol, medicine and other essentials.

“Here in Sri Lanka I have a very simple message: if you attempt to enter Australia by boat you will be immediately sent back. Australia’s border protection policies have not changed,” O’Neil said.

The Sri Lankan navy already used two of Australia’s retired patrol boats that it gave the South Asian nation when Operation Sovereign Borders came into force under Tony Abbott in 2013 and the two countries shared information on such maritime activities. 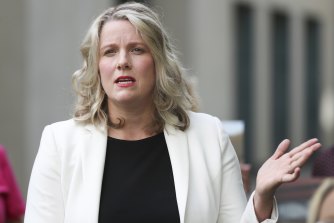 But with people smugglers in Sri Lanka trying to capitalise on its financial collapse and the change of government in Australia – using the election of Anthony Albanese and Labor as a sales pitch – authorities are facing a fresh challenge to stand in their way.

Passengers on boats captured in the past month had reported being told by smugglers that “they could use the political situation [in Australia] to their advantage”, according to Sri Lanka Navy spokesman Captain Indika De Silva.

The ploy is being used despite Albanese’s declaration that Labor won’t budge on turnbacks and as Sri Lankan authorities step up an information campaign reinforcing Australia’s policy and the perils of the sea journey.

De Silva said the Sri Lankan navy had the capacity with its on-water and land deployments to stop most of the boats, but the task of monitoring 1340 kilometres of coastline made it difficult to prevent some getting through. 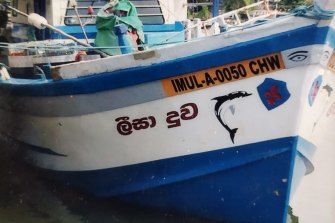 The trawler that was intercepted by the Border Force west of Christmas Island on May 21, the morning of the federal election.

“Sometimes there have been boats that have slipped through,” he said. “It’s not because we don’t have the resources. It’s the way they operate – the smugglers – it is their primary task to evade the navy mechanisms.”

Conditions in Sri Lanka have deteriorated to the point where it is all but out of fuel, with petrol bowsers running dry after a final shipment via a credit line from India arrived late last week. The scarcity hasn’t just left motorists stranded and forced buses off the road, but has stopped fishermen going out to sea and caused hospitals to cancel major surgeries because staff can’t travel to work.

De Silva said the shortage “does have an impact” on the navy, but it was receiving fuel on a priority basis for national security reasons.

“So far we have been able to carry our duties at an appropriate level to counter the threats emanating from the maritime domain including those illicit migration attempts,” he said.

Sri Lanka is also bracing for worsening food security and its government has taken the extraordinary step of giving more than 1 million public servants Fridays off to start growing their own vegetables.

According to the United Nations, four out of five people are skipping meals and 5.7 million – more than a quarter of the population of 22 million – are in need of life-saving humanitarian assistance.

“Australia has a close and long-standing relationship with Sri Lanka,” Wong said. “Not only do we want to help the people of Sri Lanka in its time of need, there are also deeper consequences for the region if this crisis continues.”

Sri Lanka last month defaulted on its $51 billion foreign debt as its overseas currency reserves nosedived and it has been unable to pay for essential imports.

A delegation from the International Monetary Fund was due in Colombo on Monday for talks about a bailout.