One afternoon at the centre, I was sitting with Insaan, Hojar and the Stalwarts eating pumpkin seeds when I broached a sensitive topic.

"Do you think gender equality is possible in Afghanistan?" 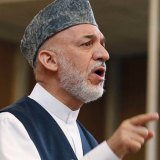 The cracking of pumpkin seeds filled the silence.

"In 2012 the religious council of Afghanistan announced that women are inferior to men," Insaan explained. "President [Hamid] Karzai’s office approved the message."

I asked the group what they thought of a president approving a decree that told people what to believe.

"We live in the Islamic Republic of Afghanistan, so the constitution of the Afghan government is based on Islamic principles," Hafizullah said. "Religion is our politics and our politics are our religion."

"The Afghan mind does not separate religion from politics or life or social issues," Insaan said. "From birth, in the home and in public spaces, that is how they have ordered their lives."

Hafizullah looked uncomfortable with the entire discussion but he felt as if he should contribute. 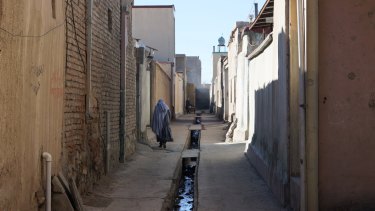 A woman wearing a burqa walks the streets of Kabul. Credit:Mark Isaacs

"It is difficult to discuss these concepts in Afghanistan because each community has a different definition or practice of equality, and people have to behave according to those ideas in that area," he said.

"For example, in Kabul, a woman may not think it fair to wear the burqa. But in the villages, the woman herself may feel more comfortable wearing the burqa."

While the men found it difficult to speak about equality, Hojar did not. "That religious decree was established by men," Hojar said. "In Afghanistan women must submit to whatever men say. That is the custom. In all the years Karzai was president his wife didn’t have a public persona – the highest-ranking political personality in Afghanistan didn’t feel free enough to have his wife as a public figure."

"I can’t comment on gender equality," Horse said. "But the independent human rights commission has done a lot of work over the years in raising awareness of the rights of women. During and after the Taliban period there were, and there still are, people who adopted the view that women shouldn’t go to school and if they did they could only study up to a certain age. Nowadays more and more people are becoming aware that girls have the right to go to school. This is one example of change." 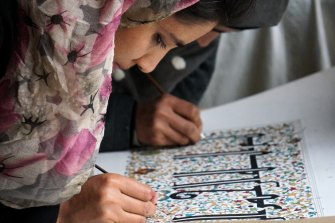 Horse was finding the middle ground. He didn’t address the idea of gender equality in our discussion, but he supported the advancement of women’s rights. Perhaps his approach would be the formula for progress in Afghanistan.

"There are more and more reports of violence against women who want to speak out," Hojar said, with feeling. "These women face violence in their own homes and their own communities. Women are fighting for their voice and facing the consequences for it. Just look at what happened to Farkhunda."

Farkhunda was an Afghan woman in her twenties who had an argument with a mullah outside a mosque in Kabul. The mullah falsely, and publicly, accused her of burning the Koran. A mob of angry men dragged her out into the street and then stomped on her, beat her with sticks, stoned her and drove a car over her. The mob dumped her body in the Kabul River and set it on fire. Those who weren’t participating in the violence either watched or filmed the attack on their phones. This was in 2015. 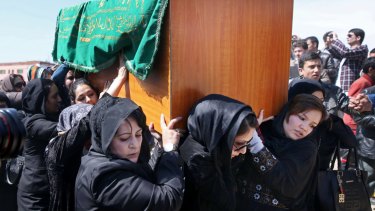 Afghan women carry the coffin of 27-year-old Farkhunda, beaten to death by a mob in 2015.Credit:AP

"That’s why we are so concerned about the behaviour of our volunteers at the centre," Insaan said. "Because women are still being stoned in 21st-century Afghanistan … We rely on the wisdom of the female volunteers to navigate society’s expectations."

"So, when the community says one of its goals is equality what does that mean?" I asked.

"For now, we are focusing our efforts on ethnic equality and cooperation," Insaan said.

Insaan’s reply acknowledged that religious equality was seldom talked about anywhere in Afghanistan. Even equality between Sunnis and Shiites was difficult to discuss. That was why the volunteers thought it would take two generations to achieve change: that wasn’t being negative, that was being realistic.

"Teaching in Afghanistan is a process. Imagine students from this political and social environment coming to the door of non-violence, or equality, or sustainability for the first time. The average person will take three years of consistent hard work to start considering the ideas, because they have never encountered these philosophies before. Over the years I have seen how the volunteers have changed within their personal lives, even if it means distancing themselves from the traditions of their own family. They will be the ones who, in their social context, among their communities and their families, will bring out this personal change at the appropriate time. That’s why I have hope. But on a public level it’s much slower."

I had underestimated the dangers the community faced and the degree of caution they had to show, even in discussing theoretical concepts of equality, and it made me realise how hard it would be to safely effect change in this conservative society.

Later that night, when I was alone with Insaan, I confessed to him my concerns.

"You are one criticism away from serious harm. One slanderous remark away from mob rule," I said.

"I imagine it sometimes. I may become the object of the mob’s anger. The community will not be able to help me. If they do, they will have the same fate as I. I won’t be surprised at their helplessness, but I will be disappointed."

He sighed. "I would rather be on the hopeful side because that is what it means to strive for change. It is a hopeful endeavour. Those people in the past who opposed unacceptable laws like that of slavery did not know they would be successful and they faced dangerous opposition. That’s why threats to the community traumatise us so much. We need to be prepared to be harmed."

When I went to bed that evening, I couldn’t stop thinking of the horrific murder of Farkhunda and the very real possibility that something similar could happen to any of the female volunteers I met, like Hojar.

When she took on the role, Hojar had been worried that the other volunteers would be upset that she, a Hazara and a woman, was now community manager. The role was purely administrative, but she was mindful it could cause rivalry among the other volunteers; indeed, money had been the cause of rifts and infighting between ex-volunteers and the community in the past.

"When I was young I accepted my role in society because I didn’t know there was any other way," she said. "However, my experiences of war and my family circumstances caused me to lose patience with society’s expectations of me. Now, I think of myself as rebellious."

She looked at me with a determined smile, as if to emphasise her last remark. Hojar didn’t think she was a special case in wanting more freedom as a woman. She thought lots of Afghan women felt the same as her and she took heart from the brave activists – the human rights advocates, politicians, feminist writers and artists and many others all over the country – who pushed back against the patriarchal structure. However, she believed there was still a lot of work to do.

"Since 2001, when the US and NATO forces invaded Afghanistan, the term 'women’s rights' has been repeated almost like a slogan. But in reality, they haven’t taken solid shape."

In truth, advancing women’s rights in Afghanistan was much more complex than dismantling the Taliban regime. Gender dynamics were not solely based on Islamic interpretation. The pre-Islamic Pashtunwali code of ethics, which functioned in modern Pashtun tribal communities and ran parallel to Islam, also informed Afghan culture. Policies about women’s issues had been shaped by Afghan royalty, military commanders, warlords, communists, the Soviets, the Taliban, the United States and NATO. 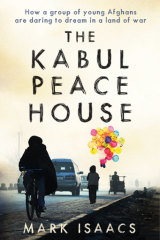 Soon after, other volunteers joined us, arriving for the weekly meeting for project coordinators.

Tea and boiled lollies were served on a metal platter and everyone was forced to squash in together in the small space, on cushions, on the floor, perched on the bookshelf. Community manager Abdul started the meeting by reiterating their mission statement and then the coordinators chanted their usual mantra.

"We want to change from me to we."

This is an edited extract from The Kabul Peace House by Mark Isaacs, published by Hardie Grant Books ($29.99) and is available where all good books are sold.